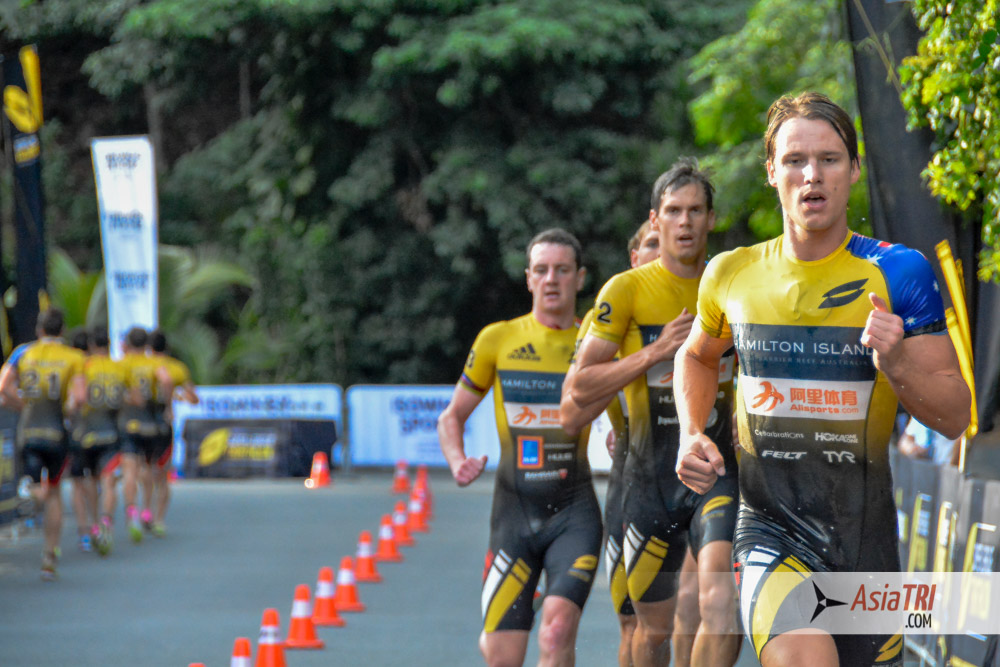 Stage 2 of the second day started with a handicap time trial, where the fastest athletes of the morning individual time trial on the bike used their winning time over the next athlete as a handicap. Cameron Dye was the first in the water two seconds ahead of the next swimmer as he was also the first in the morning with the best time by two seconds. Athletes then completed 300m swim / 2km run / 300m swim / 6km bike / 2km run – despite the handicap start, drafting was allowed.

The stage winner was Richard Murray of South Africa, making it two wins in two days and placing him as the favorite to take home the 100.000 USD prize of the final rankings winner.