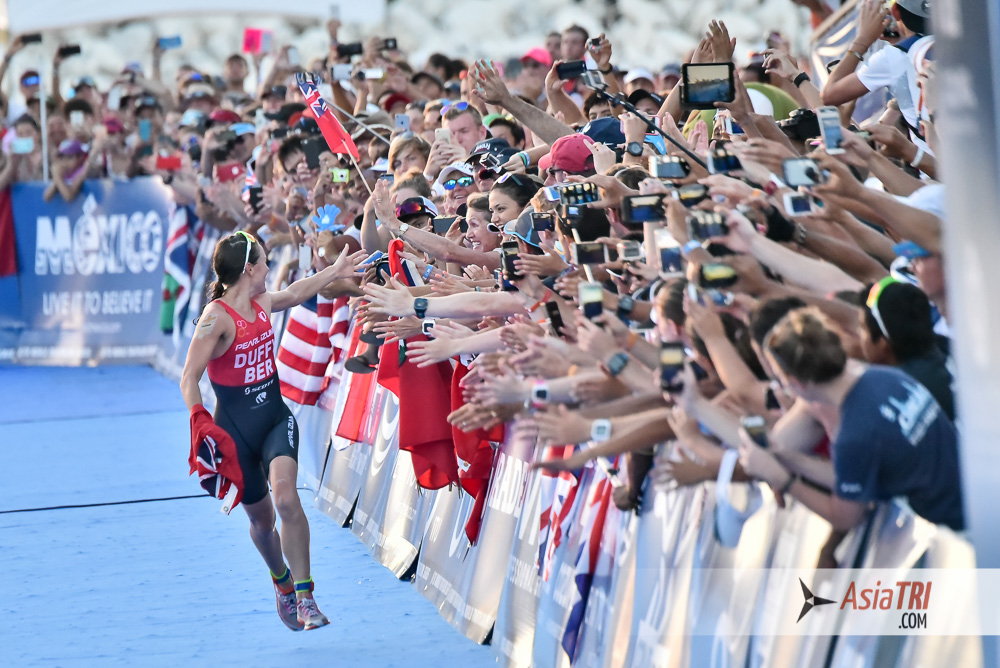 CAPE TOWN, SOUTH AFRICA –  The 2017 ITU World Cup season officially begins this weekend as Cape Town, South Africa holds the privilege of hosting the first stop in a 16-city worldwide tour. As the elites prepare to toe the start line for the first time this season, ITU is thrilled to have the World Cup circuit return to South Africa after Richard’s Bay hosted a competition from 2006-2008. While Cape Town is no stranger to ITU events after hosting World Triathlon Series races from 2014-2016, this will be the first time that the picturesque and coastal city will host a World Cup. So, as the elites take the stage on Saturday, February 11, from Olympic legends to hometown heroes, Cape Town is set to reveal a roster of talented men and women eager to get the competition season underway with a fast and furious sprint.

Women’s Preview
The women will race first on Saturday. Japan’s Ai Ueda tops the start list after finishing as the third overall female in the 2016 WTS. She is also the most successful World Cup competitor of both the men’s and women’s rosters. She has won six World Cup races throughout her career, including the most recent, which was the 2016 Miyazaki ITU Triathlon World Cup. She will be one of the biggest threats out on the course on Saturday as she is a fast and consistent athlete.

Another top Japanese woman to race this weekend is Juri Ide. She is a two-time World Cup winner, but hasn’t seen gold since 2011, so she is due for another crown.

Rachel Klamer (NED) is also a top performer to look out for this weekend. She earned her one and only World Cup gold back in 2014 in Tiszaujvaros, but hasn’t made it to the top of the podium since. She did, however, have a career-high accolade last year in the WTS by earning her first Series medal in Hamburg.

Brits Lucy Hall and Jessica Learmonth are big threats entering the competition. They are two of the fastest swimmers in the field and will cause damage if they end up in a bike pack together, so could be a cause for concern for the rest of the women if these to get a break.

Men’s Preview
The 2017 race season will start with a bang on Saturday with the men’s roster turning up the heat. South Africa’s own Olympic medallist Henri Schoeman tops the start list. Schoeman ended his 2016 year at a ground breaking high after he scored the bronze medal in Rio, and then followed it up with a first career World Triathlon Series gold at the Cozumel Grand Final. Also known for his top-tier skills in the water, he will without a doubt be hoping to start the new year the way he finished the last one.

But Schoeman is not the only South African that is going to be one to watch this weekend. Richard Murray has declared that he has always wanted to win on home soil in Cape Town since the city hosted its first WTS in 2014. This year he will have another chance to do so, this time on the World Cup platform. Murray also had a phenomenal 2016 season, placing 4th in Rio and earning one World Cup gold in New Plymouth. He has also proven his strength as one of the best cyclists and runner in the men’s competition.

Making his way back to the ITU circuit is Vincent Luis. He took a break from major competitions in order to focus on Olympic preparation, and after placing seventh, the Frenchman is back and ready to compete. Cape Town will be the first World Cup that Luis has raced in since 2014. H is also the only athlete in both the men’s or women’s field who has made it onto a podium in Cape Town before, which was in 2015 when he earned the bronze.

Also vying for some Cape Town glory this weekend is a few men who have had previous World Cup success. Drew Box (AUS), Thomas Springer (AUT) and Matthew Sharpe (CAN) all have been on the World Cup podium, but none have earned gold, so this weekend could be the weekend to upgrade.

Video: 5 Core Exercises For Cyclists – Improve Your Strength On The Bike

Sold Out!! The 2017 Ironman Malaysia, Langkawi has Sold Out ahead of Closing Date
September 27, 2017