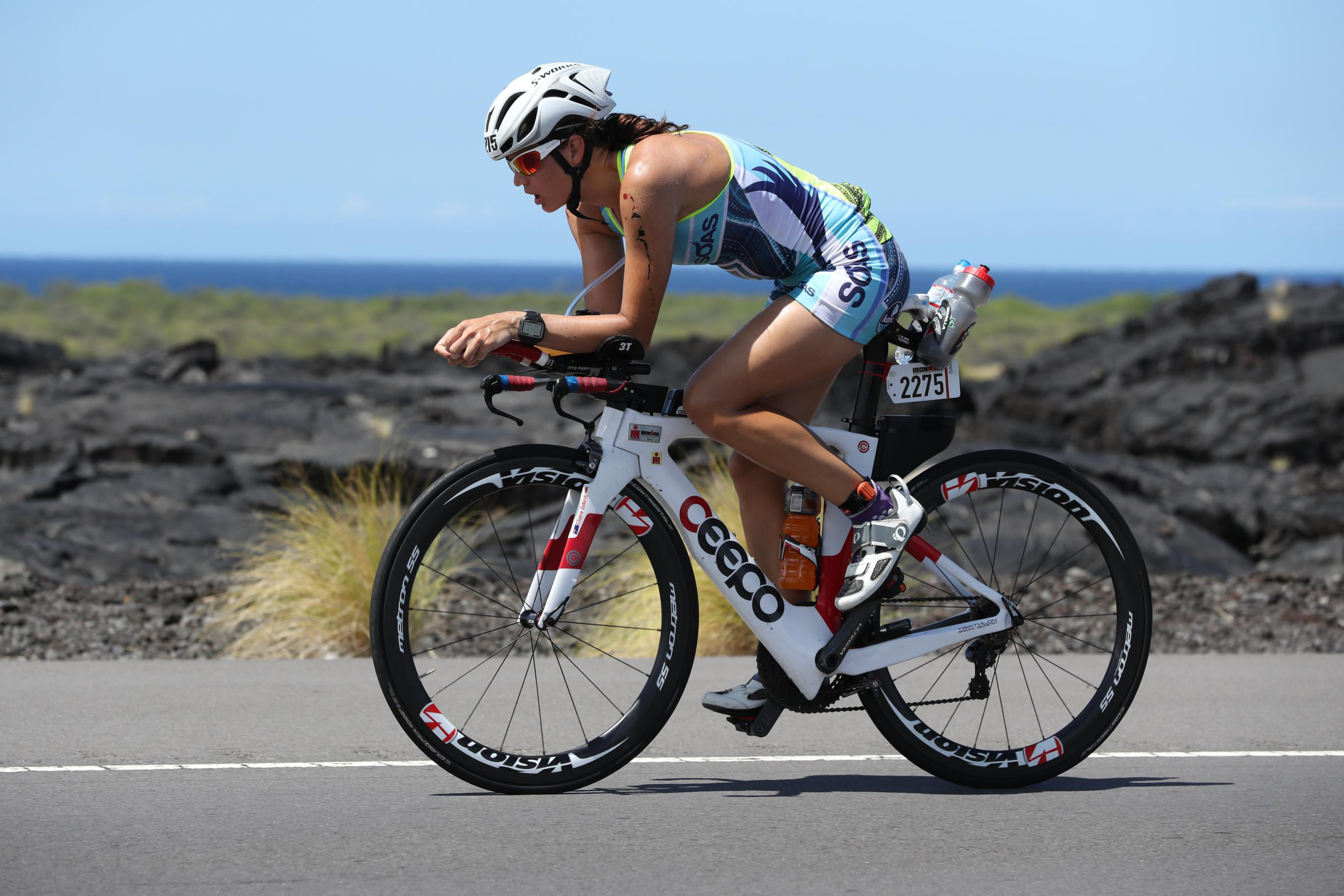 Claire Davis is a 29-year old Australian, living in Singapore and is working as a corporate tax specialist. She came from a competitive swimming background and swam competitively  until she was 21 and competed at some Australian National Championship events.   It was evident in the 2016 Kona Ironman World Championships when she was the 2nd overall female out of the water.  She was the 10th overall female age group finisher. Claire: 2016 was a great season for me and my best season in triathlon so far. I qualified for Kona 2016 at Ironman Malaysia in 2015. I was the fastest overall age group female, 10th overall and had the fastest female swim time and this set up my 2016 season. An early qualification meant I could be quite selective with races and opted to have a light season race wise. AsiaTRI: Can you share with us a typical training week? What type of load do you do and which is your favorite training session on each discipline?

Claire: I was fortunate enough to be able to train full time from January 2016 until Kona so I was able to do a few extra sessions a week, but the main advantage was the additional recovery time.

I would swim 3-4 session s a week with the sessions ranging from 2km recovery up to 5km endurance session. My favourite session is called ‘Red Mist’. It’s developed by Paul Newsome from Swim Smooth in Perth and is 4km of aerobic threshold work, getting quicker as it goes on. It’s hard, especially as I do it on my own most of the time, but it is a great mental and physical work out.

The bike is my weakness. I worked on it a lot in 2016 and I still have a lot of work to do. I would generally have an intervals session (sometimes outside or on the trainer), my favourite being  hills session(yes there are hills in Singapore!) and a long ride on Saturdays. Towards the end of an ironman build I had a couple extra in there too, sometimes riding twice a day or another semi-long ride on a Sunday.

In terms of running, I would run 2-3 times during the week plus a long run on the weekend and a run off-the-bike after my long ride. My favourite session is actually double or triple run days where I would run about 30km broken down into 3 blocks over a 24hr period. Its a good way to get volume without causing your body to break down It also teaches you to run on tired legs.

AsiaTRI: Where is your home country? You are based now in Singapore and what circumstances led you to SG, how it is adjusting to life here? How much different it is training here compared to your home country?

Claire: I am originally from Perth, Australia. I came to Singapore in 2012 when my fiancee moved here for work. I only started triathlon when I moved to Singapore so its all I know! I think we are very lucky in Singapore, despite the space constraints. I love running around the marina and park connectors and have run up to 30km without hitting a traffic light. The main difference from Perth is the racing scene. In Australia you can race a triathlon in your city almost every weekend between November and May. AsiaTRI: Can you give a word on how to start the season right for a typical age-grouper?

Claire: It’s hard to not think about how fast and fit you were at the end of last season. My coach, Kate, probably gave me the best advice recently as I am struggling to get back into routine and find my form and motivation from last season.  She told me “Don’t worry about it. In the big picture you have plenty of time until the ‘A race’ and the goal for now is keep the body moving and healthy.”

AsiaTRI: What are your plans for the 2017 season?

Claire: I am keen to get back to Kona again and hopefully get a bit higher up on the podium. I considered choosing a 70.3 race in China, however I would like to do a full ironman in instead. I didn’t do an ironman between Malaysia and Kona in 2016 and I felt that maybe I should have. There is nothing you can do in training to recreate how you feel 30km into an Ironman marathon other than race an Ironman! I am fortunate to be partnered with CEEPO Triathlon Bikes in my lead in to Kona 2016.

The Race-cation Guide to Ironman Cairns