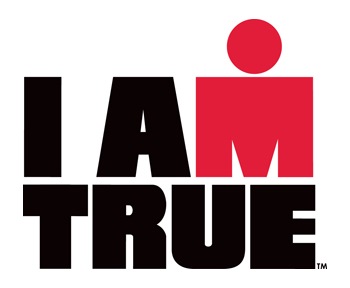 Ironman through a media released has announced that its Ironman Anti-Doping program has caught an American age-group triathlete positive for a prohibited substance and has accepted a four-year ban in Ironman events.

Holly Balogh won her age group in the 45-49 women’s category in Ironman Texas last May 14, 2016.  Her positive sample was taken on that race and she tested positive  for the presence of an exogenous testosterone and/or its metabolites, according to Ironman.

Today, the IRONMAN® Anti-Doping Program announced that American age-group athlete Holly Balogh tested positive for a prohibited substance and has accepted a four-year suspension which is the applicable sanction for an intentional anti-doping rule violation. Ms. Balogh’s positive sample was collected at the 2016 IRONMAN® North American Championship Texas and she will receive credit for the period of her Provisional Suspension which began on July 11, 2016.

Balogh’s sample tested positive for the presence of an exogenous testosterone and/or its metabolites, which was confirmed by Isotope Ratio Mass Spectrometry (IRMS) analysis. The use of any exogenous Anabolic Androgenic Steroid, including testosterone, is prohibited at all times under IRONMAN AntiDoping Rules consistent with the World Anti-Doping Code and the World Anti-Doping Agency (WADA) Prohibited List. In addition, Ms. Balogh did not apply for a Therapeutic Use Exemption (TUE).

All results-management proceedings and sanctions applied under the jurisdiction of the IRONMAN AntiDoping Program are determined in accordance with the WADA Code and the IRONMAN Anti-Doping Rules. IRONMAN’s investigation included information provided by two former athlete support personnel who had worked with Ms. Balogh as well as facts gathered in cooperation with the U.S. Anti-Doping Agency. Through this investigation, IRONMAN confirmed that Ms. Balogh was aware of the inherent risks associated with her conduct and proceeded to knowingly take the prohibited substance. Ms. Balogh initially exercised her right to appeal through the independent arbitration process administered by McLaren Global Sports Solutions under the IRONMAN Anti-Doping Rules. Following the presentation of evidence, she decided to withdraw her appeal and instead accept the sanction.

“It is unfortunate that Ms. Balogh chose to disregard the education, advice and knowledge she had regarding anti-doping and instead competed in violation of the IRONMAN Anti-Doping Rules,” said Kate Mittelstadt, Director of the IRONMAN Anti-Doping Program. “We applaud the decisions of the athlete support personnel to step forward, first to report Ms. Balogh’s use with disregard to their advice, and also for the conviction to include anti-doping awareness in their coaching. They each recognized the importance of honoring their obligations under the anti-doping rules and cooperated with IRONMAN’s investigation.”

As a result of this sanction, Ms. Balogh was and is ineligible to participate in any IRONMAN-affiliated competition or any events organized by any other WADA Code Signatory for a period of four years beginning July 11, 2016, the date her provisional suspension began. All of Ms. Balogh’s results from May 14, 2016 onward are disqualified. Ms. Balogh also did not accept a qualifying slot to the 2016 IRONMAN® World Championship.

See also:  Ironman Performance - What to do when Training Plateaus

Video: How To Fit Clip-On Aero Bars – Make Your Road Bike Into A Time Trial Machine