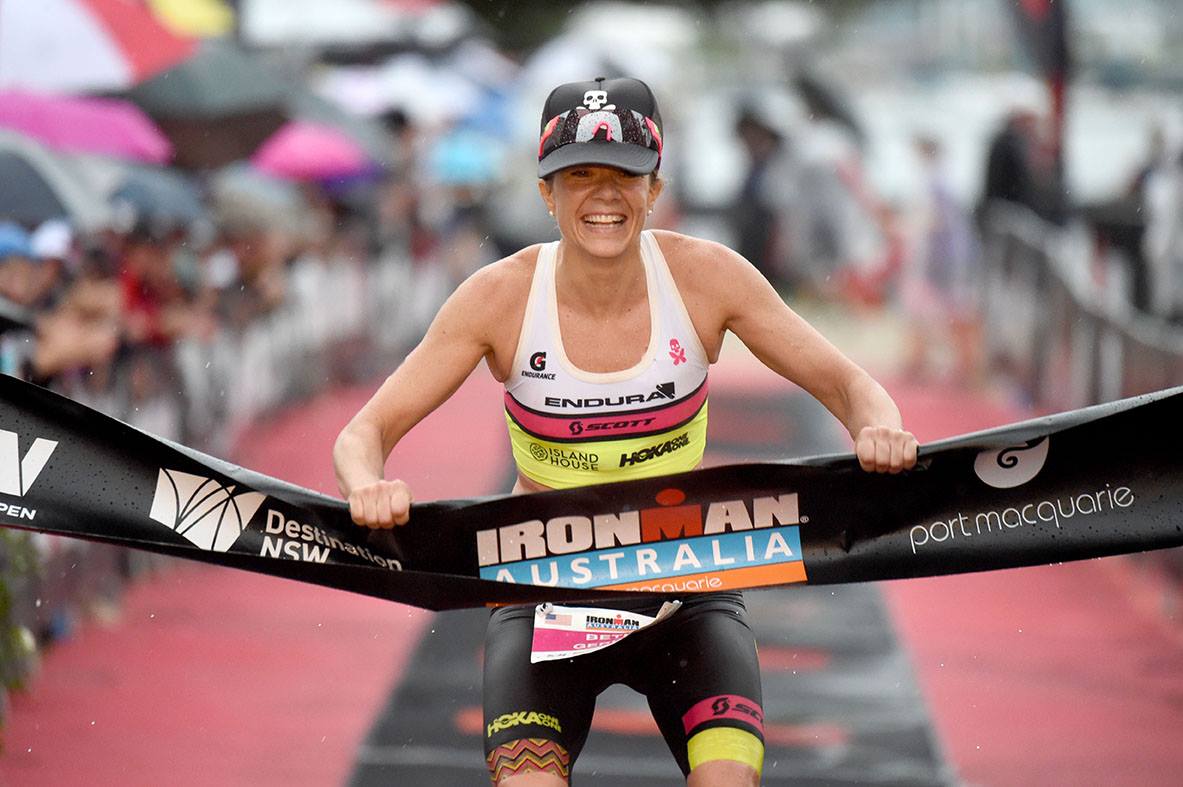 Two American professional triathletes, Beth Gerdes and Lauren Barnett, have revealed this week through separate statements, that they have been handed suspensions for doping violations in races that occurred in 2016.

Beth Gerdes, who was tested after winning Ironman Australia last year, and been handed a two-year ban from triathlon, said in her statement,  issued via her blog: After 7 months of tireless investigation, I am devastated to report that six weeks following my race at Ironman Australia on May 1, 2016, I was notified of an Adverse Analytical Finding (AAF) resulting from my in-competition drug test at the event for trace amounts of a substance called “ostarine”. Ostarine, a WADA-banned substance, is a muscle-builder that is currently under investigation by the FDA after being found as a contaminant in multiple dietary supplements.

As athletes, we are subject to “strict liability” in matters of anti-doping, meaning we are ultimately responsible for everything in our bodies, no matter how it got there. The penalty for an intentional anti-doping violation is a four- year suspension. Following a lengthy and expensive investigation on my part, the WTC (World Triathlon Corporation) has agreed that based on the evidence presented, my ingestion of ostarine was unintentional, meaning that I had absolutely no knowledge that the substance was in my body. However, without a definitive answer to the exact source of the ostarine, despite exhausting all options, I will still serve a two-year suspension from the WTC, which is the minimum possible sanction without definitively proving the  source of the ostarine. I do not intend to compete or return to professional competition as this has not only ruined my career, but my spirit as well. I will not say that I will never again toe a start line, as I hope one day to join my children in a turkey trot or fun run, but at this point, that is the extent of it.

Barnett, tested most likely following her win in Ironman Racine 70.3 (based on the date of the testing), will serve a much shorter ban of six months.  The reason for the lesser suspension can be attributed to the identification of the source of the positive test, and the fact that it was a contaminated product of the banned substance, Ostarine.

Ironman has also issued a statement:

Today, the IRONMAN® Anti- Doping Program announced that  American professional athlete Beth Gerdes tested positive for a prohibited substance and has accepted a
two year suspension for that anti- doping rule violation.
Ms. Gerdes’ positive sample was collected at the 2016 IRONMAN Australia and she  will receive credit for the period of her Provisional Suspension which began on  June 8, 2016.

Gerdes’ sample tested positive for the presence of ostarine, a prohibited substance in the class of anabolic agents. The use of any ostarine is prohibited at all times under IRONMAN Anti Doping Rules consistent with the  World Anti Doping Agency (WADA) prohibited list. IRONMAN applies sanctions in accordance with the
WADA Code and the IRONMAN Anti- Doping Rules. In accordance with the rules, a two- year period of ineligibility is the standard and appropriate sanction for a case not involving a finding of intentional doping.

As a result of this sanction Ms. Gerdes was and is ineligible to participate in any IRONMAN- affiliated competition or any events organized by any other WADA
Code Signatory for a period of two years beginning June 8, 2016, the date of her provisional suspension. All of Ms. Gerdes’ results from May 1, 2016 onward are disqualified

“It is important to take notice that, while ostarine has been found in several contaminated products related to other positive test results, athletes are first and foremost responsible for ensuring that no prohibited substance enters their bodies,” said Kate Mittelstadt, Director of the IRONMAN Anti- Doping Program. “An anti-doping rule violation occurs regardless of intent, fault, negligence or knowing use on an athlete’s part. Ms.Gerdes was not able to establish how the ostarine entered her body and, therefore, IRONMAN proceeded in accordance with the Rules and had no basis to reduce the period of ineligibility.”

Ostarine, also known as MK-2866, is in class of drugs called SARMS, which stands for selective androgen receptor modulators. … Ostarine binds to your muscles receptors and causes steroid-like muscle growth without side effects.

Video: 5 Core Exercises For Cyclists – Improve Your Strength On The Bike

Olympic and World Champions Battle it Out in Grand Finale of Super League Triathlon in Feb 2019, Singapore
December 23, 2018