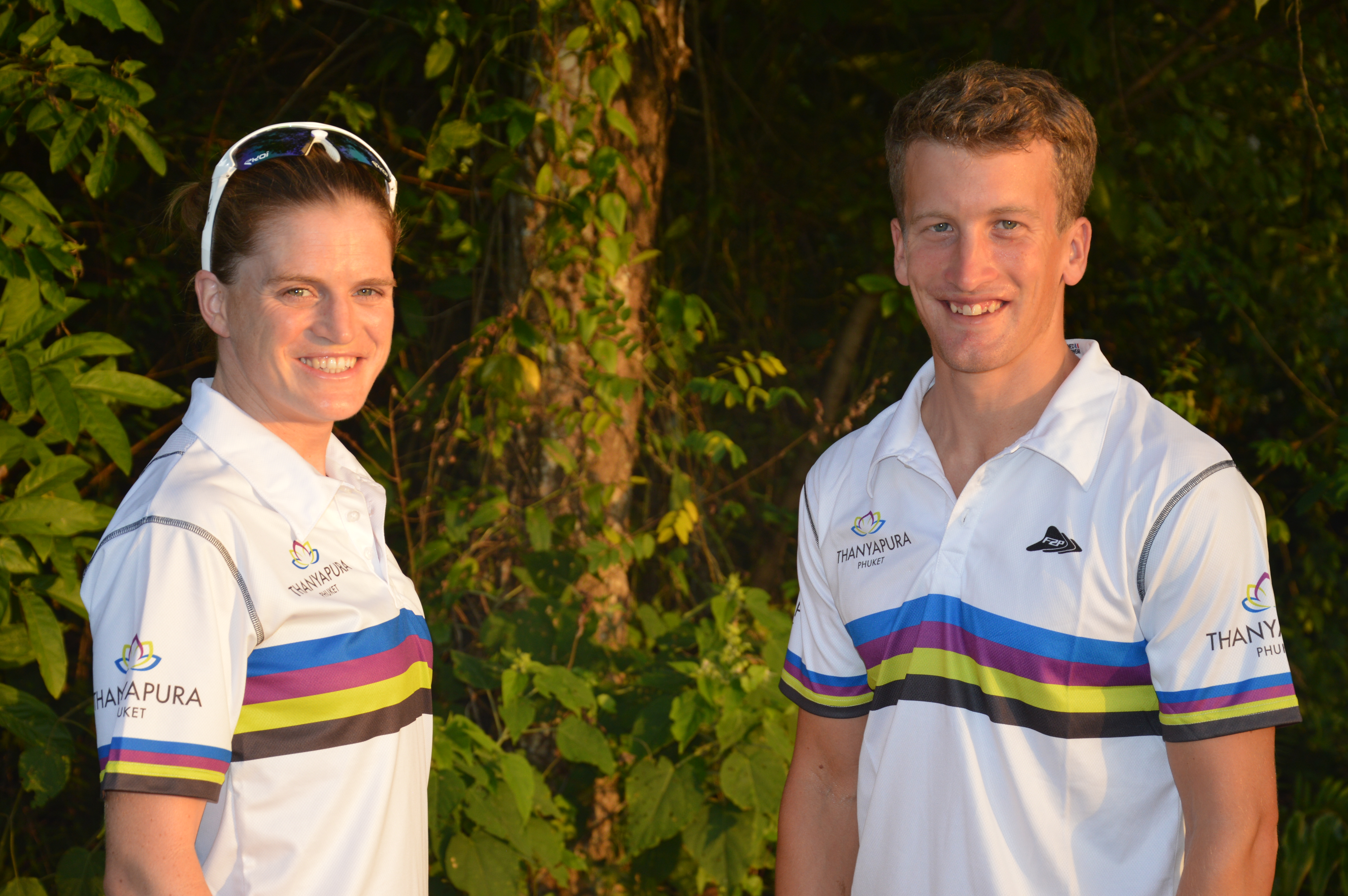 To state that the 2016 season was  successful for the Thanyapura Pro Triathlon Team is somewhat an understatement, as the team won a total of 12 major races in Asia, not counting the podium spots garnered.   The teams’ top athletes from 2016, New Zealand’s Amelia Watkinson and Antony Costes of France were the toast of Southeast Asian racing circuit. With the departure of Michelle Duffield (midyear of 2016) and the celebrated Amelia Watkinson, who left for Team BMC, the team has replaced those spots by adding Ritchie Nicholls of Scotland and Eimear Mullan of Ireland.  But to make more noise in 2017, Thanyapura is looking to fill two more spots to make the 5-man roster complete.

Thanyapura Pro Triathlon Team was formed in May 2016 with a team of 6 athletes (Michelle & Katy Duffield, Amelia Watkinson, Anan Duangsopa, Bryce McMaster and Antony Costes).  By creating the professional triathlon team, Thanyapura wanted to help athletes to just focus on quality training and winning races. The Asian race scene is booming and Thanyapura is right at the heart of it all. Ritchie added on an earlier interview: “We feel very lucky and grateful to have the opportunity to be a part of the Thanyapura Professional Triathlon team and it came at a perfect time for us. The world class facilities make training  and recovering so much easier.  We join in many of the group training sessions and classes which really keeps us motivated every day. It means that we can train hard and recover properly.”

With multiple champion Eimear Mullan still in the stage of getting her form back after a long bout of injuries, Thanyapura is looking to replicate the successful season of 2016 over to the 2017 season by looking to fill two spots on the roster. Thanyapura’s Director of Business Development Alexandra Lochmatter has this to say:  “Indeed, we are looking for 1 male and 1 female athlete but we can be flexible if we have two strong male or female candidates. For the qualifications it will be: motivated athlete who has the ability to make podiums in local, asian and international races. Must be willing to relocate to Phuket, Thailand during the contract (6 months with possible extension).”

Team Members will enjoy these benefits:

When asked about the Thanyapura Team’s plans and expectations for 2017, Lochmatter added:

“Overall, we want the team members to be able to train hard and win races all over Asia and the world, allowing them to bank money and launch their own successful careers while helping Thanyapura gain exposure and attract the general public to hit their own health and fitness goals.  This team is sponsored by the Thanyapura marketing department so the goal is to use the team as a marketing tool to build exposure for Thanyapura as the best triathlon training destination on the planet.
The team members have made their personnal calendar for the first semester 2017 and we will follow them and support them the best we can! We expect to be on many podium in 2017!”
Interested Pro Triathletes may contact  Alexandra Lochmatter via their Facebook and Instagram Page for more information.
See also:  Winners of the Free Slots to the 2019 Clark Duathlon Classic Picked
Follow us

Video: 9 Bike Maintenance Mistakes All Cyclists Have Made