Philippine Races to Watch out for in 2017 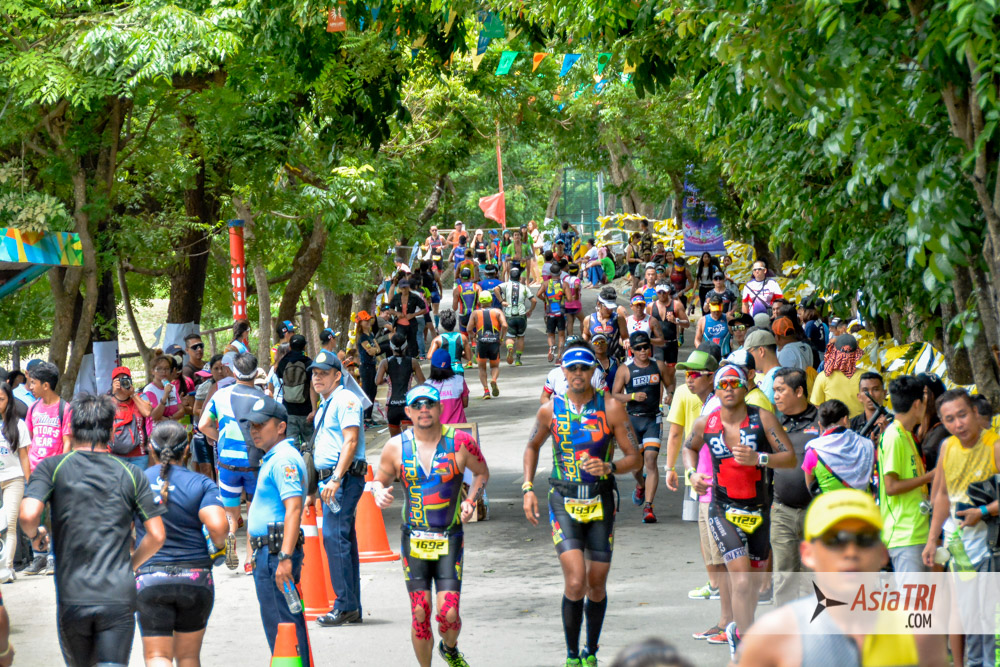 Triathlon is alive and well in the Philippines.  As 2017 rolls out a new season, a barrage of triathlon series has emerged in one of Asia’s largest triathlon market.   The location of the events has also spread out all over the country, from the northernmost part of Luzon island (Ilocos Norte), down to Southern Philippines in Mindanao (Davao City).  Here are the triathlon events to watch out for in the Philippines for 2017:

There will be plenty of triathlon distance categories in this event held in Curimao, Ilocos Norte, one of the Philippines’ northernmost province, 450kms north of Manila.  Now on its fifth year, Tri Ilocos Norte (now renamed TinMan) promises to hold more surprises for the participants this year. Tri Ilocos Norte features a world-class triathlon race course in the Philippines which both native and foreign participants could look forward to. The Currimao waters, excellent road conditions through the towns of Currimao, Paoay and Laoag along with the scenic greeneries of the run course toward the Malacañang of the North offer a topnotch event course for all participants.

One of the few races that are held in the Philippines southernmost and 2nd major Island of Mindanao, Durianman is a standard distance race now on its 6th year.   Last 2016, Durianman Triathlon transferred to the Island Garden City of Samal, which introduced its signature swim, the point-to-point cross-channel swim in the waters of the Pakiputan Channel.  If you haven’t been to Davao, this will be a perfect race-cation in the Southern Philippines.

The Subic International Triathlon is the longest-running event in the Philippines.  Its first event was started way back in 1993, with less than a hundred paticipants in the startlist.  Organized by the Triathlon Association of the Philippines, SubIT paved the way for the triathlon boom in the country.   The signature course is the run course, which is a multi-loop run along Subic Bay’s business and restaurant district.  Family and friends can cheer their triathletes on the course, as they brave the Philippine’s May hot summer weather.

Now a part of the renamed Bike King triathlon series, the Tri-United Long Distance has a unique distance format of  2k swim, 60k bike and 15km run.   Usually scheduled a month before Ironman 70.3 Philippines-Cebu, it is now considered more than a tune up race for the Ironman event.  Moving its race location in the Philippines’ triathlon mecca, Subic Bay, it has earned the reputation of being one the Philippines’ hardest triathlon race.  The swim is in Dungaree Beach, and the bike course takes you to rolling hills of Subic and the nearby SCTEx tollway.  The run is the hardest part of the course, the first 9km takes you to a hot, almost shade less course, and the final 6k, includes a 3km continuous climb to Tarlac road.  A must-join race even if you are not prepping for Cebu. This is not only the Philippine’s biggest triathlon race, and it may very well be the biggest in terms of athlete participation in Asia.  With triathletes numbering to almost 3,000, nothing beats Ironman 70.3 Cebu in terms of festivity and mood.  It won the AsiaTRI award as the best run course, with the run course flooded with a sea of well-wishers and cheerers from the local community.  Joining Ironman Cebu means you have to be on your toes on registration too, as it always sells out fast the last few years. Formerly known as Tabuelan 111, a race that involves a 2-km swim, 88-km bike and 21-km run for a total of 111 kilometers, it was awarded as the BEST DOMESTIC SPORTS EVENT OF THE YEAR 2015 by the Department of Tourism, Philippine Sports Commission and the Philippine Olympic Committee in the 1st Philippine Sports Tourism Awards 2015 held at Resorts World Manila last November 22, 2016.

It has now moved on, after 5 years, to offer a full-iron distance event, the only one of its kind in triathlon- crazy Philippines.  The local government support, from the triathlete mayor to over 400 volunteers from the youth sector, municipal officials, barangay officials and from other various sectors, is tremendous and pulls no stop in organizing a high quality event.

If you are looking for the perfect destination race in the Philippines, this is it.   Located in the picturesque island of Bohol, in the Visayan chain of Southern Philippines, the race was judged as the best swim course in the AsiaTRI race awards for 2016, winning again after bagging the 2015 award too.  It could very well be the fun no pressure season ender race for the Pinoy triathlete.