Meet One of the World’s Top Age Grouper: Alexandre Reinert 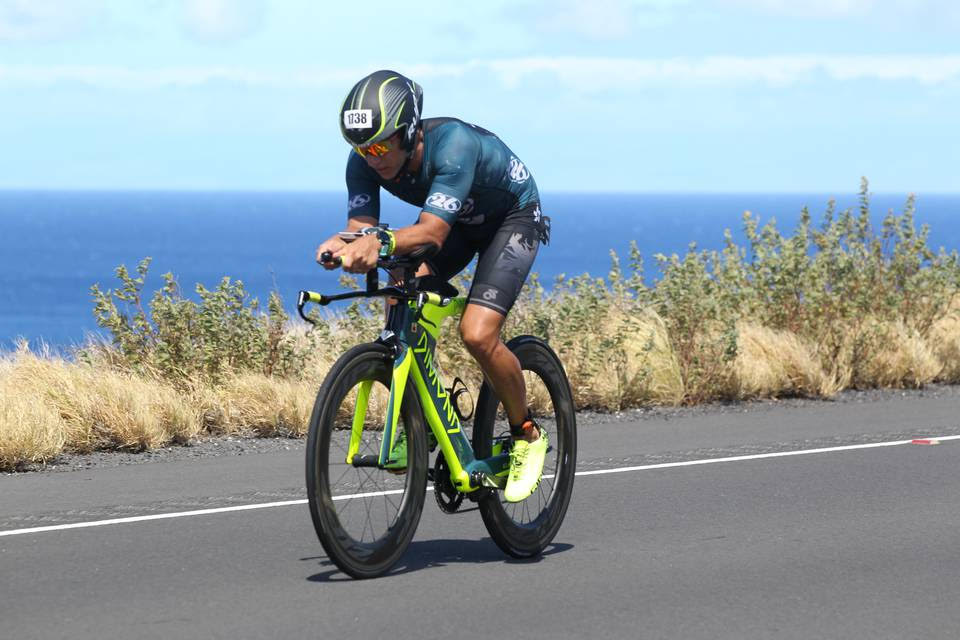 AsiaTRI: Can you tell us about your background? How did you start in the sport?

Alex: I’ve always loved being active but never really had any structure around sport or training more generally. In 2010 my buddy Julien convinced me to take part in a hill marathon in HK (I had never run more than 10k), I came 100th out of 110 but was hooked! I signed up for a few more races and then the Gobi 250km self supported stage race. In 2011 he convinced me to sign up to the Paris triathlon, I nearly drowned but still loved the experience and decided that I wanted more!

In 2012 I started training with the founder of Endurance Corner, Gordo Byrn – he has a very analytical approach to the sport and his writings really helped me understand the basics of training and racing.

In 2014 I teamed up with Andrew Wright and 26 Coaching and that’s when things really took off. Andrew also coaches Olaf Kasten and Kate Rutherford as well as a bunch of super successful juniors, he has a great approach that is very similar to Brett Sutton’s style (Andrew was one of his athletes whilst at Loughborough university) Every season is different and I can’t wait to see what he has planned for 2017!

2016 went really well, I signed up for IM South Africa after a miserable second Kona and the preparation went well, the race was great except I didn’t really have a nutrition plan and blew up half way through the run. I managed to hold on to 3rd place with my good friend Ray Picard passing me in the last 2k.

I chose not to race again until Kona so that I could focus on the world champs with no distractions – the race went perfectly, I hit the swim turnaround in 22mins and made it to the front of the bike at Hawi, I came off feeling fresh and just held a steady pace to the finish – that was enough to get me on the podium!

See also:  More than 60 Pros vie for The Championship, Challenge Family's Highlight of the Year

I raced Xiamen 5 weeks after Kona and managed to win my AG and secure a spot for Kona 2017, I raced Laguna Phuket and Ironman Phuket straight after Xiamen and managed 2nd in both – AJ Anderson was just too strong on the run! AsiaTRI: Can you share with us a typical training week? What type of load do you do and which is your favorite training session on each discipline?

Standard week if I manage to hit all the sessions:

AsiaTRI: Where is your home country?  You are based now in Hong Kong and what circumstances led you to HK, how it is adjusting to life here?

I don’t really have a home country: my father is half German half British and my mother is from Flanders in Belgium, I was born in Paris and moved to London at the age of 10. My wife is Russian but spent her high school years in Southern Spain.

I moved to Hong Kong from London in 2009 as a trader for a European bank and spent the first couple of years partying a little too hard, I started working for a US bank in 2011 and that’s when I decided to lead a slightly healthier lifestyle.

I only have HK as a reference although I never travel without my bike and training gear. HK is the ideal training ground for triathlon, you can swim open water year round, the hills will make you stronger then you’d ever imagined, there is a 60k non stop flat loop around the airport that is ideal for riding TT and trail running is the national sport. We moved to the beach on the south side of Lantau in June this year and I think that really helped focus my training in 2016, we couldn’t be happier there.

The climate is a little hotter and more humid than Kona for half the year and sunny and warm the other half. AsiaTRI: Can you give a word on how to start the season right for a typical age-grouper?

I’d start by recommending training under a good coach and joining the best Masters swimming session you can. Try to swim with swimmers, bike with bikers and run with the local track team.

More generally, go easy, enjoy the build, most important thing in training is consistency. Try to get all the sessions in without thinking about pace – it’s fine to be way off where you expect to be come race day. Easiest way to ruin a season is to go out too hard get injured and lose motivation, most of my early season runs are near 6min pace!

Most important piece of advice would be to stick to the plan that is set for you and don’t ever question the coach!

AsiaTRI: What are your plans for the 2017 season?

Still not sure – hoping to mix things up a bit in 2017. I might get back into trail running until the summer and then focus on Kona again. I’m enjoying not having to race IM over the winter and that opens up plenty of options – I’ve always wanted to try adventure racing and also free diving. I am trying to find a fast Trailwalker team if anyone is interested 🙂

Is it worth investing in Triathlon bikes with disc brakes?

Video: 9 Ways To Upgrade Your Road Bike Without Spending Any Money