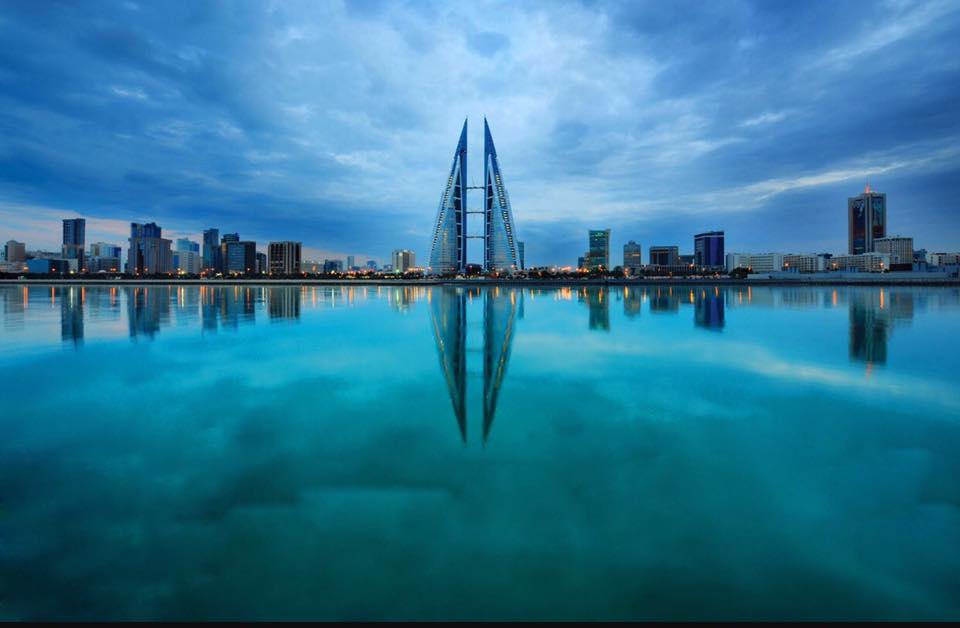 The final IRONMAN race weekend of the year brings us none other than a thrilling championship. On Saturday, the IRONMAN 70.3 Middle East Championship, Bahrain welcomes a world class field on a course that is worth to be named one made for personal records.

More than 60 professionals and around 1000 age group athletes will tackle the 1.9 km swim located at the Bahrain Four Seasons, a one-loop bike course including a short ride on the world-famous Bahrain International Circuit, and a 21.1 km passing through Alareen Wildlife Park. The finish line will welcome athletes in the heart of the Circuit.

“It may be December, but my mission is to make it to Kona in 2017,” says Sweden’s Patrik Nilsson. The 25-year old has four IRONMAN victories under his belt including sensational wins during this season. In August, he took the KMD IRONMAN Copenhagen in 7:49:18 which was one of the best races in history. Only a few weeks later he won IRONMAN Barcelona. “The IRONMAN 70.3 Middle East Championship Bahrain is my second big step on the way to Kona,” he says, willing to show his personal best.

Nilsson faces a strong pro field including former IRONMAN 70.3 world champions like Michael Raelert (GER) and Terenzo Bozzone from New Zealand, both who’ve performed well in the past few weeks. Raelert came back from a long break due to the Epstein-Barr virus, but he seems to be getting stronger from week to week. Bozzone proved his strength in outstanding fashion at last week’s IRONMAN Western Australia, where he won the race in record time (7:51:26), and says he feels ready for his final race of the year. “Last year I got sick right before the event and couldn’t make it,” says Bozzone. “This year I feel strong and healthy. Winning IRONMAN Western Australia took a huge weight of my shoulders and I really enjoyed the moment. Now I am hungry for more. Bahrain is a great place to race.”

Bozzone will be pushed through the fast and spectacularly designed course by many more strong athletes. Among others, Australia’s Sam Appleton, Matt Trautmann from South Africa, and former Olympians like Stuart Hayes (GBR) and Steffen Justus (GER) should be among the top pro athletes.

Swiss Caroline Steffen is one of the big names in women’s competition. Last year’s runner-up heads into the race, along with a strong British group including Emma Pallant, Natalie Seymour, Lucy Charles, Alice Hector, and Caroline Livesey. Angela Naeth (CAN) is on the to-watch list, as well as Sarah Crowley (AUS), Maria Czesnik from Poland, American Jocelyn McCauley, and the two Germans Natascha Schmitt and Diana Riesler.

Steffen is not only in great shape for the weekend, she is really looking forward to the race cause of other reasons. “We’ve had the chance to spend some time in the country together with the Bahrain 13 Endurance team and it has been a great experience. Kids are suddenly interested in triathlon and we went to schools and I tried to share some of my experience with them,” she says. “The country is developing a true triathlon culture and I am excited to be part of it through my team.”

Triathlon in general is steadily rising its public profile in the Kingdom of Bahrain: “Our goal is and always has been to promote a healthy lifestyle. Being part of developing this race and seeing how it has progressed is an honour. We have been working on a lot of small details to improve the setup and are looking forward to welcoming athletes to Bahrain. This event will get better and better year by year,” said Amal Murbati Board member and Director of Faalyat.

Even if they have decided to take a break after an amazing season, last year’s IRONMAN 70.3 Middle East champions Daniela Ryf and Jan Frodeno can’t stay away from being part of the event on Saturday. The two athletes, also the reigning men’s and women’s IRONMAN world champions, have joined forces with Spaniard Javier Gómez. Frodeno, two-time Olympic medalist Gomez, and Ryf will form a relay team on Saturday: “We might have to stop them somewhere on the course or sneak them in an extra lap somewhere,: Erwin Dokter, Regional Director Middle of IRONMAN says with a smile. ‘These guys are way too fast. But I hope they will also enjoy the new course. Our team has been amazing and I feel we have taken this event to a new level. If the athletes are happy, we are happy.”

Ironman Announces the Capital City Of Maceió In Alagoas, Brazil As Host Of New Ironman 70.3 Triathlon