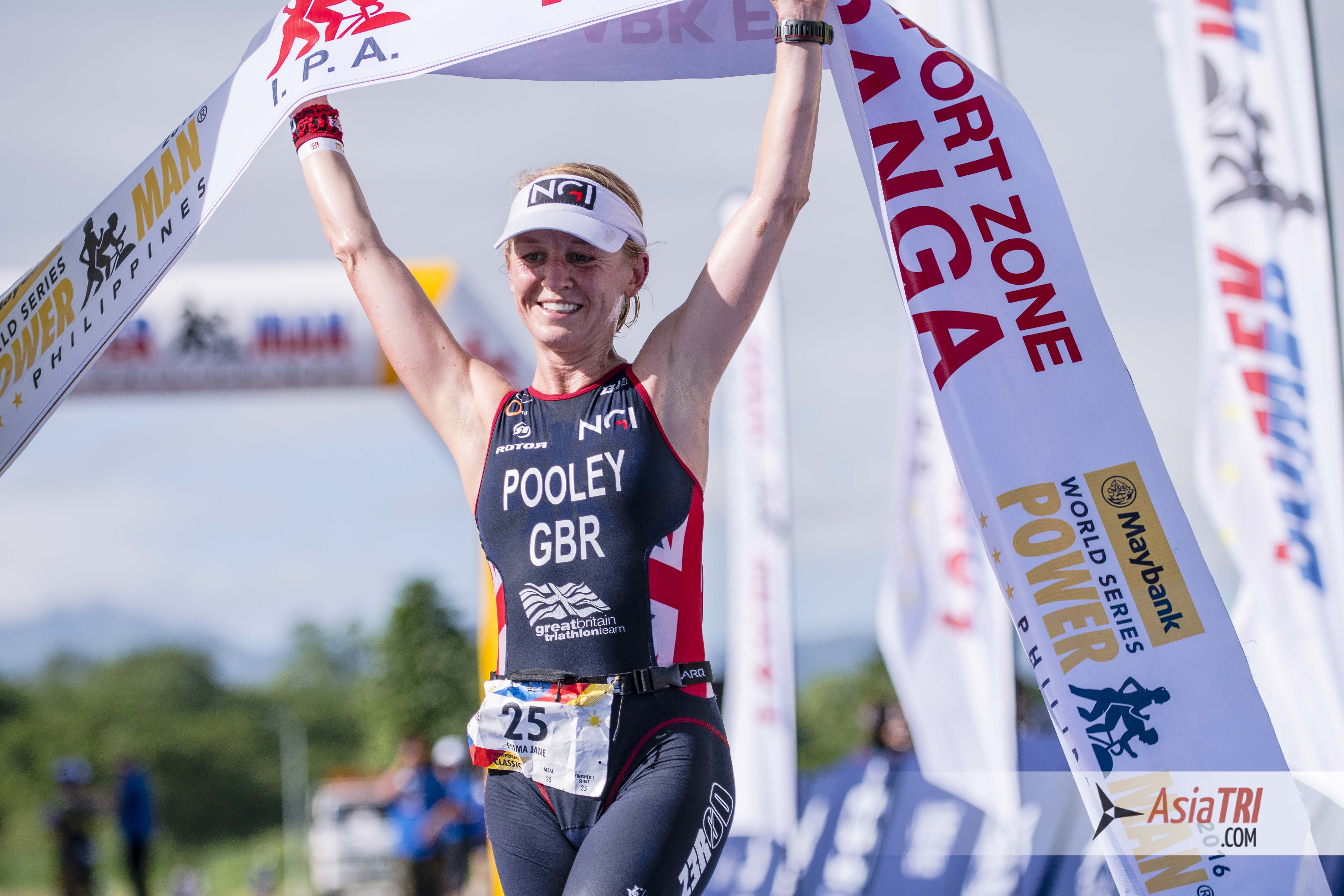 In the men’s elite race, Gael Le Bellec broke away in the final 10k run from a 4-man pack that entered T2 in almost deadheat.  Le Bellec finished with a time of 2:34:27 in a 10k run-60k bike-10k run duathlon format.  His winning margin was 2:02, ahead of runner-up Thomas Bruins of the Netherlands.  Current Powerman World Champion Odeyn Sepp finished at third to close podium.

Andreas Sutz of Switzerland dictated the pace at the first 10k run, breaking away from the pack that included Le Bellec, Bruins, Seppe, and Filipinos John Chicano and Emmanuel Commendador.  Sutz broke away at the 5k u-turn mark and reached transition with a time of 32:09.  The chase pack came in at 45 seconds later. Sutz rode solo and held a 30-40 second lead, and was able to maintain it till  the u-turn (30k mark) at the SCTEx freeway.  Gradually, the 4-man chase group had eaten away the gap, and reached Sutz at the last 17km of the bike leg.  Filipino John “Rambo” Chicano, was part of the lead pack till he was dropped at km 51.

It all came down to a final 10km heat as 4 men, Le Bellec, Seppe, Bruins and Sutz reached T2 at the same time.   Le Bellec, the Powerman World Champion of 2014 and 2015 immediately bolted out of transition, and gradually built a lead.  He was 40 seconds up after the first 3km and was unchallenged the rest of the way.  Bruins and Seppe, battled it up for runner-up honors before Bruins dropped Seppe in the final 2 kms.  Le Bellec had the day’s best finishing 10k run split at 34:42.

In the women’s race, Emma Pooley showed her dominance, winning an international race in the Philippines for the 2nd time in 2 years.   Pooley won wire-to-wire in 2:56:31, using her tremendous bike strength to gain enough buffer to win in 3:02 over Miriam Van Reijen of the Netherlands (2:59:29).  She had the women’s best bike split at 1:35:50. The Philippines’ Monica Torres, the defending champion, was trailing third after the first run, but was able to grab the 2nd position after outpacing Van Reijen at the bike leg.  Van Reijen though, a noted run specialist, had the women’s best finishing 10k split at 41:10, and was able to take back 2nd.  Torres rounded out podium to finish 3rd at 3:02:02. Aussie Alexandra McDougall finished 4th.

The Best Photos from 2016 Powerman Philippines