Asia’s Best Triathletes of the Year- 2016 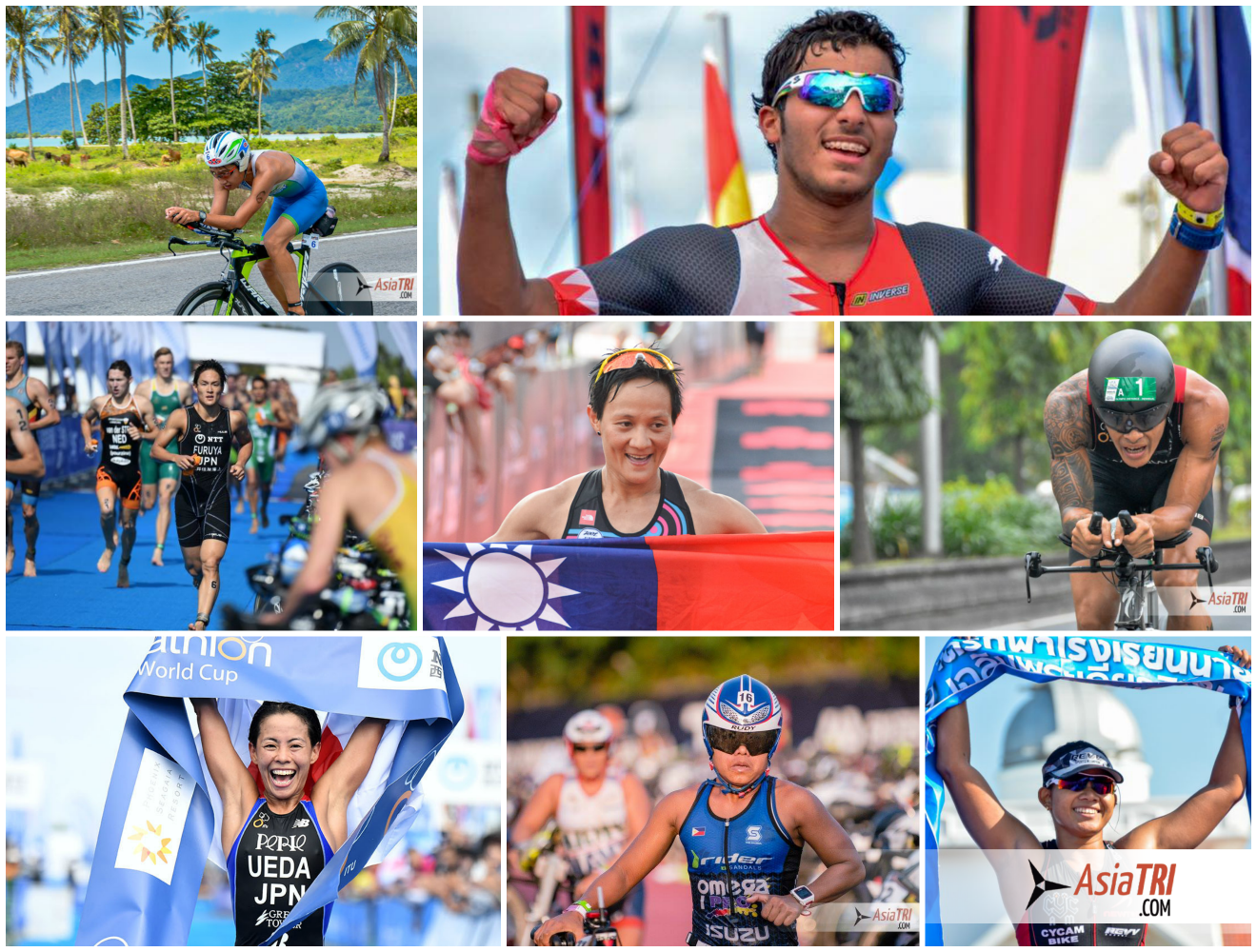 This year we tweaked the qualifications.   In a bid to honor Asian athletes racing all over the world, we did not include foreigners based in Asia, and non-asian professionals who ply the Asian racing circuit.  We would like to give due credit to the pro triathletes who did extremely well in the Asian Triathlon circuit.  First off is Amelia Watkinson of New Zealand, winner of  10 of 11 races in Asia.  Antony Costes who won Ironman 70.3 Gurye and Challange Kachanaburi, and long-time asian campaigner Fredrik Croneberg, who finally won in Ironman Langkawi this year.  With this changes, we hope to raise the level of triathlon in Asia, and hopefully more participation in Triathlon’s biggest stages.

We present you our winners:

Ai Ueda, the 33-year old pro triathlete from Japan, is again AsiaTRI’s best pro female triathlete (short course).   Despite a disappointing finish in the Rio Olympics where she finished 39th, her 2016 performance in the ITU racing circuit where she finished 3rd in the overall World Triathlon Series ranking is enough to be awarded again with the top award.  Consider her 2016 resume: Top 10 finish in 9 of 11 ITU races which includes a very impressive 5th place at the Grand Final in Cozumel, and a 2016 season-ending win in ITU Miyazaki World Cup.  To validate her award, she was champion in the Asian Triathlon Confederation Asian Championships held in Hatsukaichi, Hiroshima, Japan last April 30, 2016 beating her compatriots Kato Yurie and Sato Yuka.  She is also the reigning Japan National Champion when she won the Japan National Triathlon Championships.

Jumpei Furuya of Japan is our AsiaTRI’s best pro male (short course).  He is ITU points ranking highest-ranked asian (58th) and the 1st in the Asian region points list.   His 2016 achievements include a win in the Murakami ASTC Triathlon Asian Cup, 2nd in the Japan National Championships and a 5th place finish in Montreal ITU triathlon World Cup. One of the best runners in Asian triathlon, Kaito Tohara again proved that running is his strongest discipline.  In finishing 2nd in Ironman Taiwan and 3rd in Ironman Langkawi, he came away with the best run split on those days, running in 3:09:51 (Taiwan, on brutal hot conditions) and a sub-3 marathon effort, 2:57:29 in Langkawi.   He also won Strongman Japan (3km swim-157km bike- 42km run) for the 2nd year in a row in 2016. A multiple winner of Ironman Japan before it was discontinued, Shiao-Yu Li again had another stellar 2016 season with a win in Challenge Taiwan (full), 2nd place finish in  Ironman Taiwan,, 4th Ironman Japan 70.3,  5th in Ironman Taiwan 70.3 and 6th in Ironman Langkawi.  A remarkable feat for the 39 year-old, who was paralyzed 20 years ago, but was able to find the grit and determination to fully recover and  become Taiwan’s ambassador for ironman racing.   She was the first professional triathlete from Taiwan to compete in Kona Ironman World Championships in 2015. A 4:12:00 finish in Ironman Hefei 70.3 and an Ironman Kona slot.   This should be a record for a Southeast-Asian Triathlete.   Indonesia’s no.1 triathlete was a former National swimmer who also represented his country in 2004 Athens Olympics.  Among his 2016 highlights is a win a home-country win in International Bali Triathlon  and age group podiums in Ironman Putrajaya 70.3 (1st) and Ironman Subic 70.3 (3rd).  He finished his 2016 season by finishing 3rd overall in the Thailand Tri-League Series in Sattahip, finishing behind noted pro triathletes, Mitch Robins and Ritchie Nicholls. BEST UP & COMING MALE – Abdulla Attiya (Bahrain)
The youngest member of Bahrain Endurance team developmental team, the now 18-year old Attiya was the surprise 1st male age grouper in 5150 Subic Philippines.  Before that he also won the Men’s Junior title in 2016 ATU Sprint Triathlon African Cup Triathlon Championships.  A national class swimmer who took up triathlon in 2015, the ultimate goal is to eventually represent Bahrain in the 2020 and 2024 Olympics as a Triathlete.  In his last race of the season, he joined a Bahrain relay squad in the Ironman Bahrain 70.3, and came up with the best swim of the day at 24:56. Twenty-year old Sanruthai Arunsiri was the triathlon bronze medalist in the Southeast Asian Games in 2015 behind Filipinas Maria Claire Adorna, our awardee in this category last year, and Kim Mangrobang.  Arunsiri continued her tremendous development this year by winning 1st overall female at the Olympic distance category of Challenge Kanchanaburi in Thailand, Bangkok Naval Academy Triathlon and Roboman Triathlon.   She is now the emerging face of women’s triathlon in Thailand for many years to come. The NBC Feature of the Kona Ironman World Championships 2016