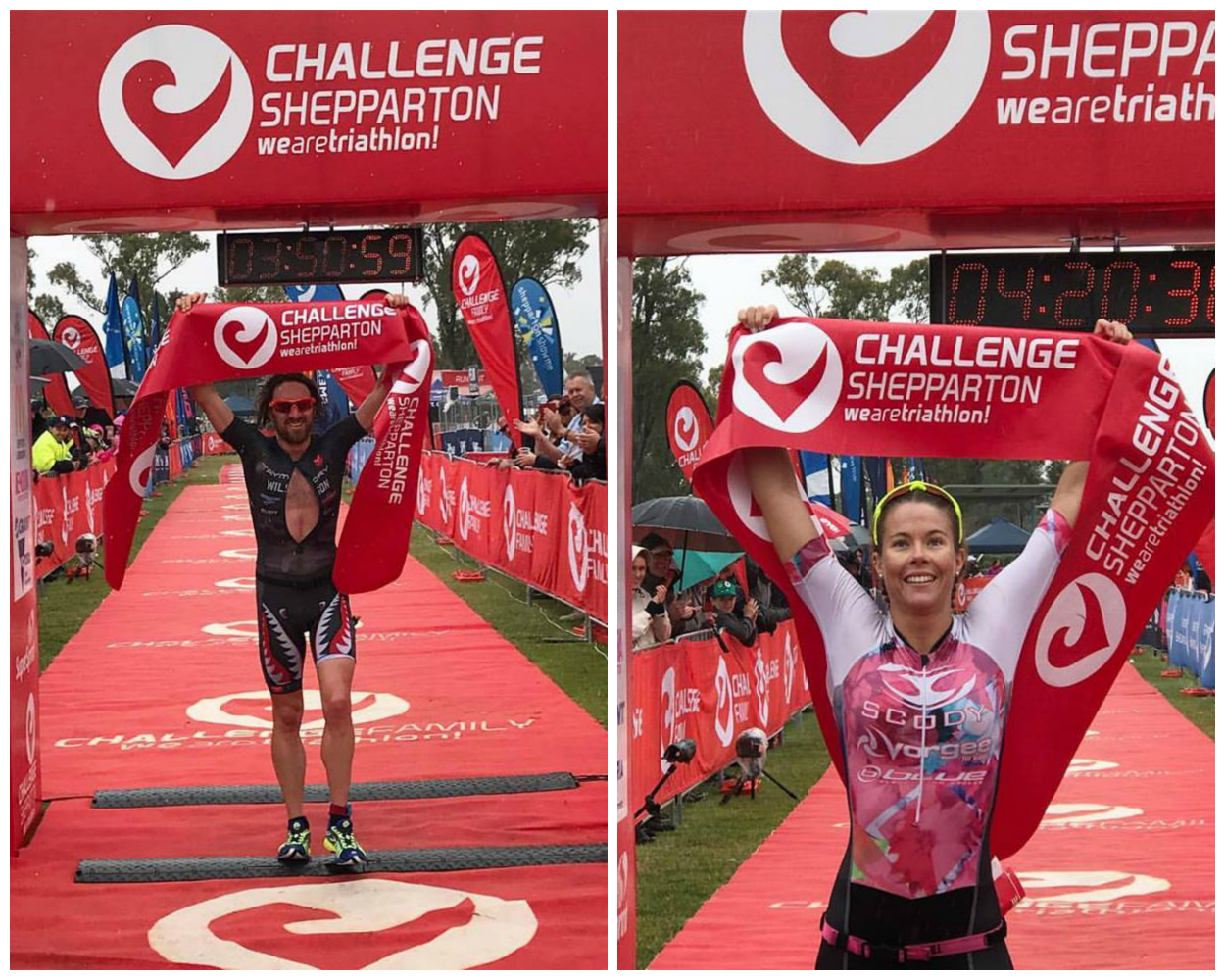 Coming from an ITU background and proving himself at Noosa triathlon recently, it was predicted that Dan Wilson (AUS) would produce a fast swim (23:49.9).  The exceptional swim talent of Sam Betten (AUS) emerged in second place with less than two seconds separating the pair, followed by a group of five lead by Alex Polizzi (AUS) and Lachie Kerin (AUS).

“My swims have been pretty strong this year so I thought I’d use that to my advantage and I went out pretty hard which I enjoyed” Wilson said.

At approximately 30kms into the bike Lachie Kerin joined the two leaders, but the strongest ride of the day came from Matt Burton.  A bike split of (2:02:11) set Burton up to be a true contender.

“The bike was tough in the windy conditions, but it really broke the race up” Burton said.

Arrival in T2 saw Kerin two seconds ahead of Wilson with Burton in third, but after the completion of transition Wilson was first and he then showed his authority on the run leg and maintained his lead to take out the race in a time of 3:50:45.  It was then a battle between Kerin and Burton, leaving transition in that order.  Burton overtook Kerin on the run finishing in second place with a time of 3:55:04. After not finishing in 2015, Kerin went out determined to place and came across the line in third at 3:56:54.

Ellie Salthouse (AUS) competed in Shepparton on advice from CHALLENGE Shepparton 2015 champion and training partner Rebekah Keat. Salthouse was predicted to be the first female out of the water and she didn’t disappoint.  Salthouse led from start to finish but was made to work for her victory in a strong elite field.

Andrea Forrest (AUS) pushed hard on the bike producing the fastest female time of 2:24:48 which applied pressure to Salthouse and then Forrest came home strong on lap three of the run, pushing Salthouse to her limit. But it was Salthouse’s day with a time of 4:19:16.

“The last lap of the run was a real struggle, Andrea came home with a vengeance, I saw her at the turnaround point and through I better get moving because she’s coming in hot,” said Salthouse.

“Luckily I came away with the win which is always exciting” “I’m stoked Rebekah recommended I race here and am really glad I ended up coming to race Shepparton and getting the win, it’s nice to keep it in the family” Salthouse said.

All athletes fought hard in windy conditions, experienced right across the state of Victoria on Sunday. Supporters, spectators and volunteers still came out cheer and watch the talented elite field that was attracted to CHALLENGE Shepparton.

“I couldn’t believe the atmosphere, there were so many people watching and cheering for me, I had no idea who they were but they all seemed to know my name, it was an incredible atmosphere” Salthouse said.

“It’s a great town which really gets behind the race and makes it a great atmosphere for everyone, so I think I’ll definitely have to come back next year and defend the title,” said Dan Wilson.

Ironman Malaysia recovery guidelines: Learn how to get back into training