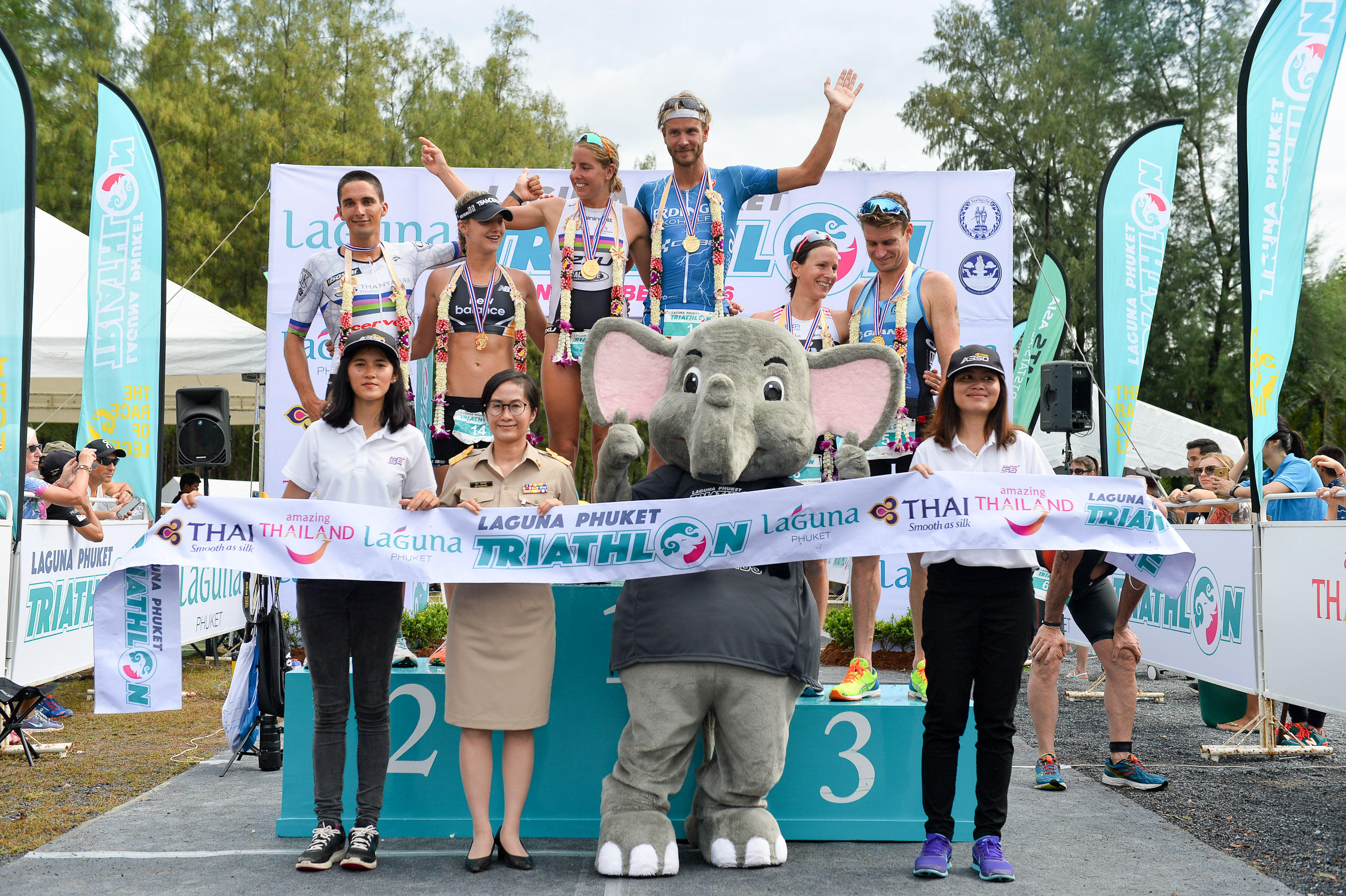 PHUKET, THAILAND – Thanyapura Pro Triathlon team members, Amelia Rose Watkinson and “Le Tigre” Antony Costes are top finishers at the 23rd Laguna Phuket Triathlon (LPT) on Sunday, November 20, alongside Thanyapura’s other teams, who were ranked in their categories. Amelia reinforced her impressive triathlon track records by taking 1st place in the individual female course with a time of 02:36:29 while Antony placed 2nd in the overall and male course categories. Despite a crash with his bike, he completed the race with the time of 02:21:18. “There are unique courses across all three disciplines: 1,200 meters in the ocean, running across the sand bar then 600 meters through the lagoon to the transition area. I took the lead on the bike through the back streets and more local neighbourhoods of Phuket, a short section on the highway before hitting the hills, which has a good challenge with up to 22% inclines,” Amelia recalled.

“Crossing the finish line first made it an even more special day, especially as it is a race in my ‘home away from home’ town. So many proud Thanyapura crews were out there, participating in the team relay, individual or just as a fun run. The stripes were well represented.” Amelia and Antony trained at Thanyapura for over half a year and won extensive competitions, both domestically and internationally. The annual triathlon attracted professional triathletes from across the globe including last year’s men and women crowns, Michael Raelert from Germany and Simone Braendli from Switzerland alongside the LPT’s first-ever dual champions, Alberto Casadei and Massimo Cigana, who is also the first four-time winner of the race back in 2007, 2010, 2011 and 2014. Other notable participant includes Thailand’s number one rock star “Toon Bodyslam” (Athiwara Khongmalai)