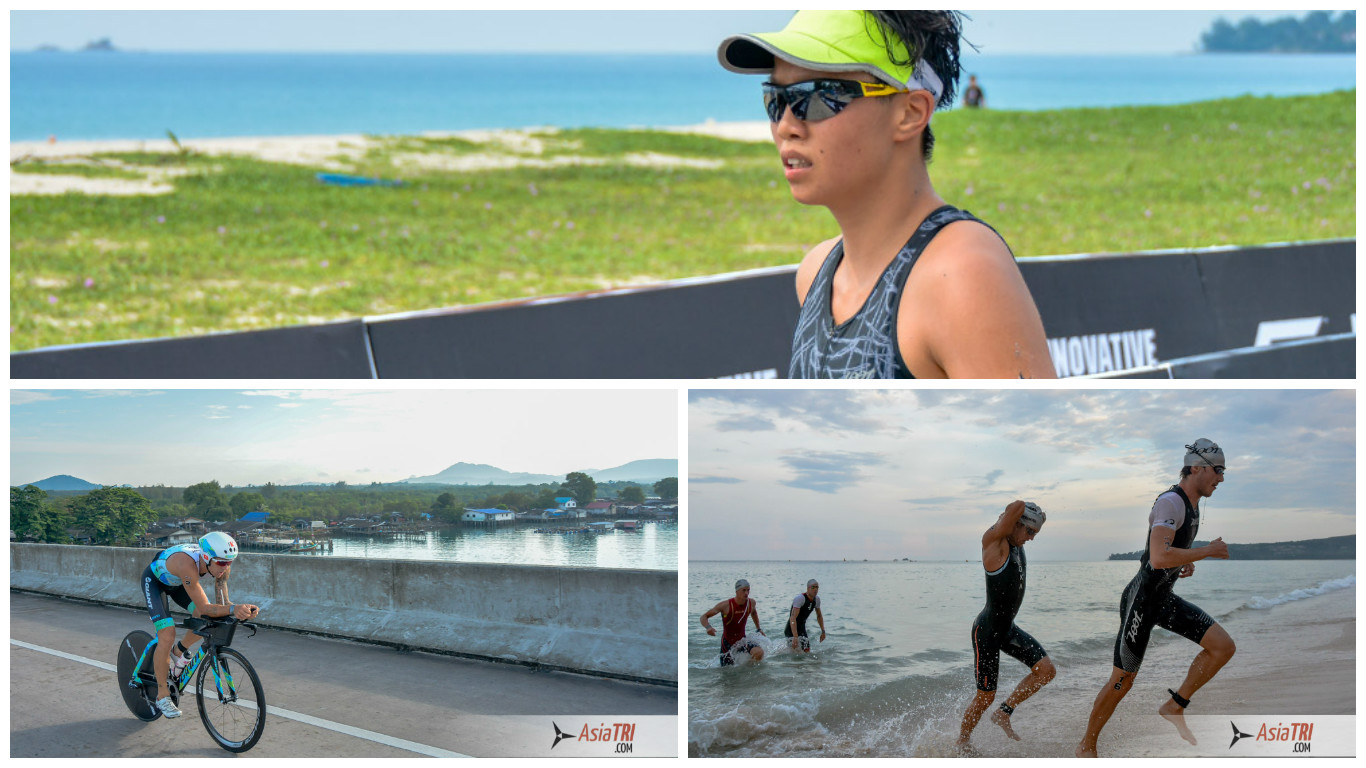 by Vinnie Santana (AsiaTRI Contributor and Triathlon Coach in Bangkok and online at  ironguides.net)

After a 3-year hiatus, Ironman is back in the Phuket island of Thailand, under a new organizing team, Sunrise Events Inc. which also holds the Ironman license for all Ironman events in the Philippines and in Vietnam.   Their experience brings in years of experience and combined with a local Thai partner, the inaugural race was successful, providing a fun, safe and enjoyable experience to all athletes.

Despite being hosted in the same resort, the swim and bike course is diferent than the previous race, making it a faster race since all the challenging hills from the bike course are not part of the race anymore. The weather during this time of the year is relatively unpredictable, the days leading into the race the temperature was in the low thirties Celsius, while on race day it didn’t go past thirty which is relatively cool for Phuket. Don’t be surprised if you also need to race in the rain since this is the transitioning time out of the monsoon season in Thailand .

The 2016 Ironman 70.3 Phuket saw over 1350 athletes from 61 countries taking part in the event including two world champions that battled head to head for the entire race, Tim Reed took the win over Michael Raelert by only fifteen seconds difference.

What to expect from this course? Start with the report from 2016 race winners Tim Reed and Amelia Watskinon

The one loop swim had a rolling start, athletes were sent every five seconds in groups of five, separated by swim ability. This format is the most recent standard in Ironman races to increase safety of athletes and a goal to spread the athletes on the bike course to minimize drafting issues.

The waters of Phuket is calm with no currents and no major jelly-fish issues in the 2016 edition. It was an L-shape swim, very straight forward and easy to navigate. The best swim of the day from Eric Watson in 22:24 is also a testament of a fast day in the water. The old half-distance courses in Phuket offered two sets of very steep hills (up to 20% gradient) with equally challenging downhills, that were too techinically challenging  for beginner triathletes. The new course is the opposite, mostly flat and with some gentle rolling hills on Phuket’s main highway. The first and last 17km however are through the local villages on tight roads with technical bends.

One unique aspect of this race is dismounting and pushing the bike to cross a bridge over the highway, while it may sound like a disruption to the consistency of the race, the total time of this can be as little as two minutes as per video below. It was a small inconvenience for some, but it is worth having , to close a full side of the highway for the athletes.

Tim Reed had the best bike split in 2h05, which makes this one of the fastest bike course in Asia, a great opportunity for a Personal Best over the Ironman 70.3 distance.

Two laps of 10.5km each on mixed terrain was the definition of the run. Athletes had it all, concrete roads, trail, and hard packed sand. The run course was on the beach road connecting Laguna Resort on Bangtao Beach to Layan beach and a national park with a small loop inside Laguna Resort before heading to the finish line or a second loop. While the temperature wasn’t as hot as it could potentially be in Phuket, it was hot enough to challenge the athletes and make them appreciate several shaded parts of the run. The fastest run split of the day was from Tim Reed in 1h17′, six minutes slower than his World Champion run split on a much cooler course in Mooloolaba 2016, making this also a fast run course despite the heat. Reed’s finish time of 3h48 is also a testament that this is a fast course and a good opportunity if you are chasing a Personal Best.

Ready to take part in the next year’s edition? Start by watching the race briefing to learn more about the race and stay tuned on AsiaTRI’s calendar as we update it once the official date is released for next year.

Video: How To Ride Safely On The Road | Ridesmart