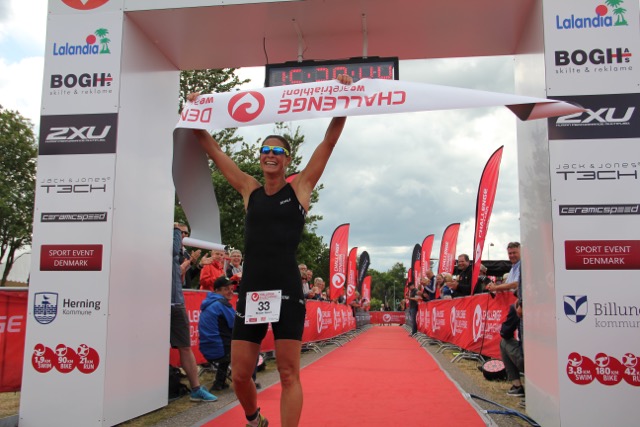 The final event of the European prize money points race was concluded at Challenge Forte Village Sardinia, where it was determined that Chris Fischer and Mirjam Weerd where the respective winners of the men’s and women’s points race. Both Fischer and Weerd take home a €25,000 bonus.

“It was from the beginning of the year a target for me to reach the top spot. To actually reach that goal is still a little surreal for me.”

“Winning a series that´s been on for the most of 2016 also means that I have been consistent and for that I am very proud. It feels good to win a single race, but winning the rankings feels much bigger. I have had my best season so far.”

“I would like to thank Challenge Family for making this initiative, for the kindness and hospitality from each and every organizer I have met in 2016”

“The Challenge European Prize Bonus has been a great incentive. I always love to race Challenge Family races as they are always true to ‘All About the Athlete’. In that sense, picking out races was easy and fun.”

“The circuit attracted interesting fields of athletes. As the season went on I could feel the competition rise. The circuit asked for a smart race strategy and good tactics. For me it means a lot to come out on top. Not just for the money, which is off course very welcome to me as a professional athlete. But more so winning means I’ve been consistent throughout the season, something that is not easy in triathlon.”

“I’m looking forward to the European battle next season. I expect it to be even more competitive as more athletes will be going after the bonus. Thank you to Challenge Family for giving us professional athletes the chance to race in a great circuit for a great reward.”

The points system for the 2016 Challenge Family European Prize Money bonus scheme began at Challenge Fuerteventura in May and included 24 full and half distance races across Europe, concluding at Challenge Forte Village Sardinia in October.