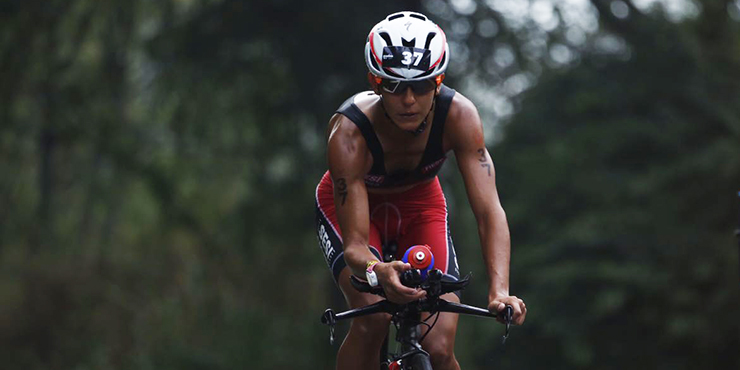 Almir Gustavo (BRA) was first out of the water at Recreio dos Bandeirantes. A group of three men clambered their way on the sandy beach exit 20 seconds later that contained Paulo Maciel (BRA) and Luiz Francisco (BRA) and Reinaldo Colucci (BRA).

Colucci would power his way into the lead in the early km’s of the bike with Francisco and Maciel keeping the leader in check 30 to 50 seconds back of the leader. Heading to the dismount line, Colucci clung to a minute and a half lead on Francisco and Maciel with the remainder of the field well off the pace.

It was apparent from the start of the run Colucci was on his game. The 2012 Olympian opened up his lead to well over two minutes on Francisco and Maciel in the opening half of the run and then maintained that gap for much of the final 10 km’s. Colucci would grab the finish line tape in winning time of 3:55:12, while Maciel would edge out Francisco for a second place finish.

See also:  How To Fit Any Difficult-To-Fit Bike Tire