Ryf Repeats at Kona with a Record-Breaking Performance 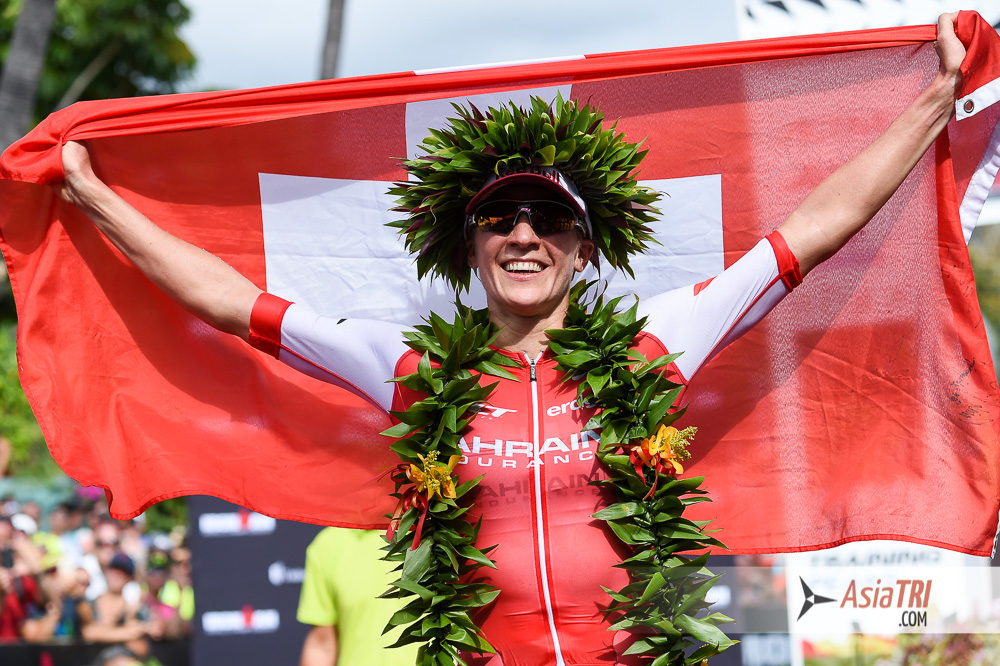 Daniela Ryf (SUI) won the 2016 Ironman World Championships for the second time in a row, leading nearly wire-to-wire, to finish in 8:46:46, an all-time low for the women’s record.

If on the men’s side Andy Potts was the favorite to lead in swimming, in the women’s race, all eyes was on Jodie Swallow (GBR) and she showed why.  Swallow passed turn-around buoy in just 24 minutes, a difference of only 1 minute to the time when Frodeno passed that same point.

But she was not alone who went out in front.  The lead group of 12 athletes was led by Meredith Kessler (USA), her time was 52’46 “(1’21” / average 100m). Swallow, Leanda Cave (GBR), Annabel Luxford (AUS), Alicia Kaye (USA), Camilla Pedersen (DEN), Daniela Ryf, Anja Beranek , Laurel Wassner, Michelle Vesterby, Katja Konschak and Julia Gajer were among the leaders.

3-time Ironman World Champion Mirinda Carfrae came out of the water in 15th place with 3’58 “deficit from the leaders.

Camila Pederson was the first athlete to leave T1 and start cycling. It was not long after that Ryf took the lead and moved to dictate the pace of the group of leaders with nine athletes, Kessler, Cave, Swallow, Luxford, Kaye, Pedersen, Beranek, Wassner and Vesterby.

Ryf apparently remained conservative at the beginning of cycling, but as expected, she took the lead and with the strong crosswinds, and the lead group getting smaller. Ryf  and Beranek (GER) began to dictate the pace of the race and switched positions between them and eventually managed to open good lead from the chase pack.

In the final stretch of cycling, Ryf increased the pace and opened a big advantage over Beranek.  Ryf entered T2 alone, established the women’s best bike split at 4h52’26 “(36,98km / h), leaving to run with an 8-minute lead over the T2 2nd place Anja Beranek and over 14′ about Jackson (3rd place) and Annabel Luxford (4th place).  Such was the strength and dominance of Ryf on the bike as she separated herself from another strong cyclist by 8 minutes and the rest of the pack by 14 minutes.

Ryf showed how his race has evolved and kept all 42km ahead. With a very consistent technique, Daniela started to run only against the clock in an attempt to break the record of the race. Mirinda Carfrae did not win, but it was impressive, with less than 13km race she had already took 6 positions. In the 21km mark, she was in 5th place. With confidence and firmness in steps, gradually, she kept the pace as his opponents felt fatigue and reduced the pace as the heat increased. With all flowing well, it did not take long for her to reach the 2nd place and win 2nd place in 2016.

Ryf was supreme, won from end to end practically swam in the first group did the best cycling among women and ran the 42km in 2h56’52 “(4’11” / km average), breaking the all-time finishing record established in 2013 that belonged to Mirinda Carfrae.  Ryf’s final time was 8h46’46 “, 5’28” below the previous record, and in a dominant fashion won by over 23 minutes to the runner-up Carfrae.