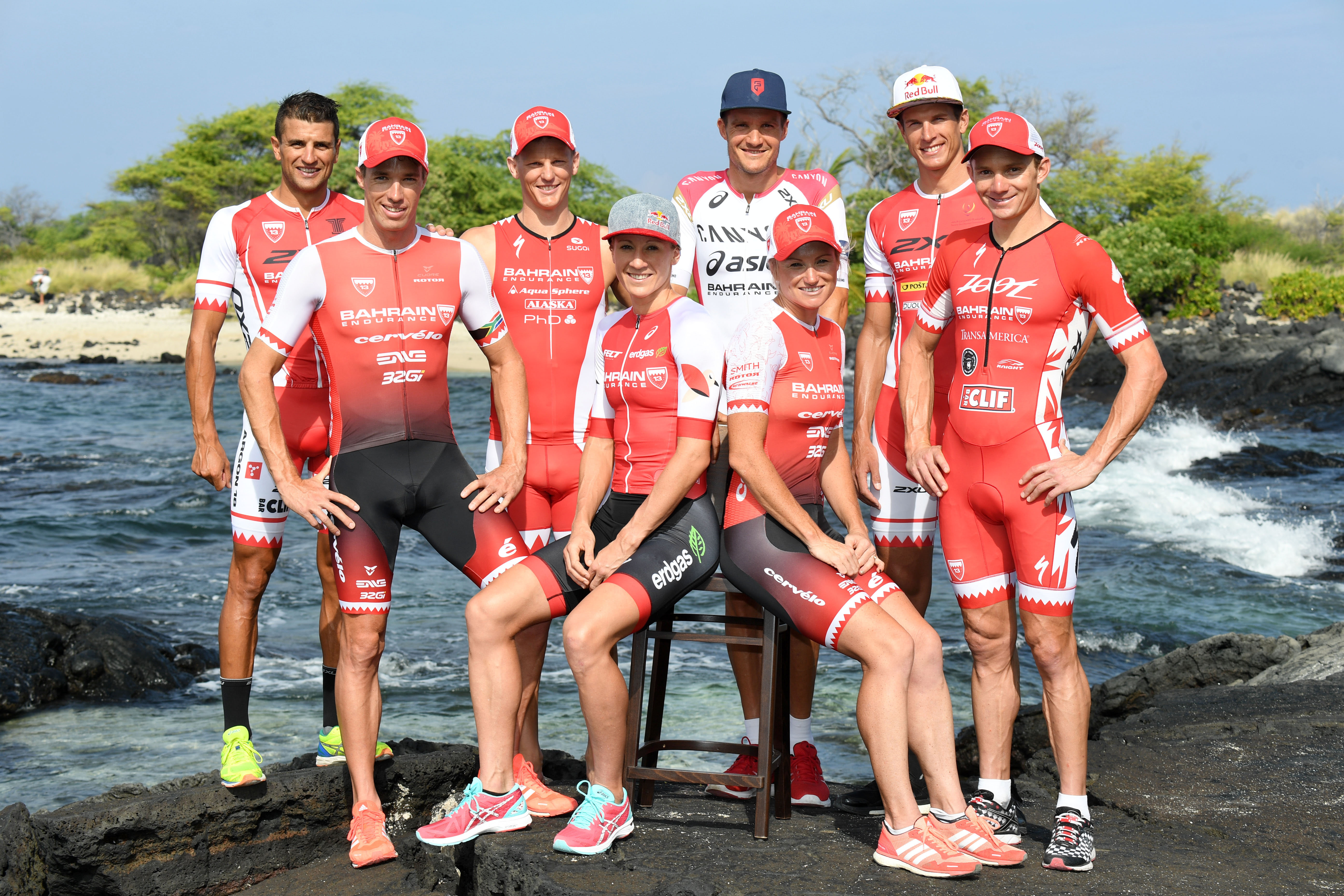 04 OCTOBER 2016 – Eight brave warriors of the Bahrain Endurance 13 are set to shine among the world’s best when the sun rises on the Kona pier this Saturday at the Ironman World Championship.

Defending champions Daniela Ryf and Jan Frodeno have made certain they come to the starting line fit to face the onslaught of challengers to the throne.

This year Ryf produced back-to-back sub-9 hour finishes in Challenge Roth and Ironman Switzerland, recording the shortest amount of time between wins over the full distance. She also ran herself into fourth place at the Ironman 70.3 World Championship. She then completed a block of training at her coach’s camp in Jeju, South Korea before arriving in Kona over the weekend for the finishing touches to her prep.

After validating his Kona slot with a runner-up finish at Ironman Lanzarote and then smashing the long-distance world record at Challenge Roth, Frodeno skipped the long flight and title defense at the Ironman 70.3 World Championship in Australia, remaining at his summer base in Girona, Spain to focus fully on being ready for Kona.

“It’s time for the biggest day of the year again,” Frodeno says. “The triathlon world descends on the proving grounds of our sport and I’m excited to be in good shape and racing.”

Terenzo Bozzone is back on the starting line after missing out on Kona last year. “This year I feel ready to execute a great race,” he says. The former 70.3 world champion first began racing Ironman distance in 2009 and is well aware of what Kona requires from competitors. “I have spent a lot of time with Jan Frodeno getting ready for a race I have been looking forward to all year. I can’t wait to be out there competing alongside my Bahrain Endurance 13 teammates in what is sure to be the toughest world champs race ever.”

Unbeaten since Ironman Cairns and riding the confidence boost from winning the ITU Long Distance Championship, Jodie Swallow is ready to smash the race course again. Yet she knows it pays to be smart on the day. “The onus has to be on my temperament and control within the nine-hour day. Being brave is one thing, being measured is another. This race truly tests me and that I guess is why it is so alluring.”

James Cunnama has built his entire year around qualifying and preparing for this single day starting with last year’s silver at Ironman Mallorca and a more recent one at Ironman France. David Plese has a similar story winning Ironman Barcelona, then taking fifth place at Ironman races in Austria and Switzerland to be able to toe the line at Dig Me Beach.

Cunnama has also completed a successful summer of racing in Europe, winning both Alpe d’Huez and Embrunman. He says, “It is exciting going into a World Championship with such a good season and preparation behind me. I am just looking to give my best on race day, but I feel this year my best may be really good.”

No longer a rookie to the race, this year Brent McMahon has one more Ironman title and a host of sub-8 hour finishes to his name. He says, “I’m more ready and more excited than last year for Kona’s test of will and endurance. All the building blocks are in place now and it is only rest for the mind and body left to do.”

See also:  5 questions to Michael Raelert about his plans for 2016

Ben Hoffman has had plenty of time to recover and then build up to only his second Ironman of the year after securing automatic qualification back in March at the Ironman African Championship. Having come closest to first place among his teammates excluding Ryf and Frodeno, he hopes to take it to a new level. “This is what we wait all year for. Time to fly!” he says. “I couldn’t be more excited to toe the line with the world’s best and see what I can produce on the day.”

Roka rises to the Top