AsiaTRI Interview: A chat with the First Indonesian to Qualify for Kona 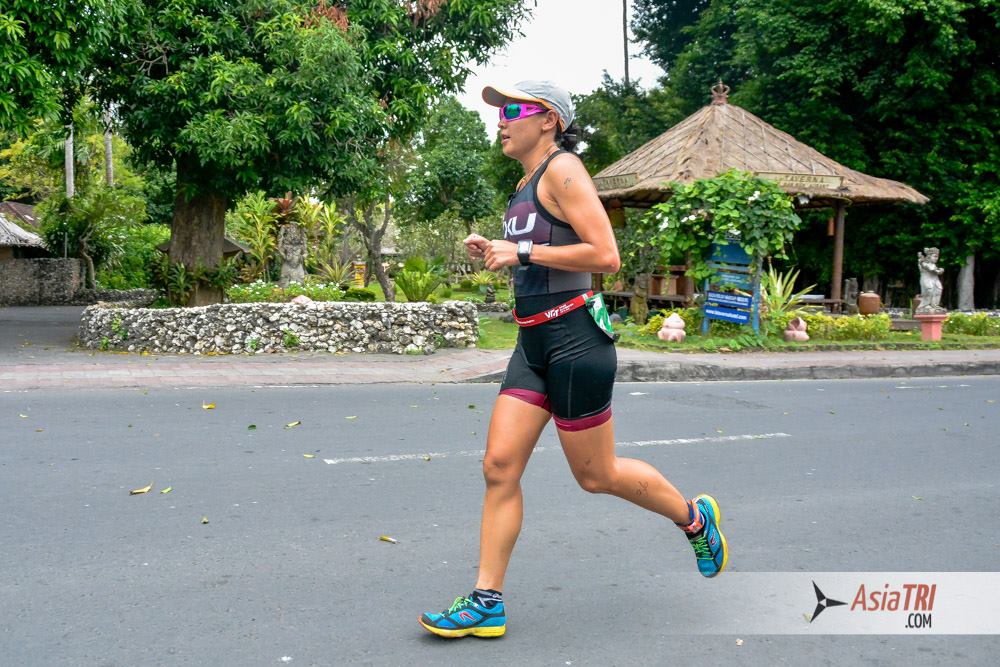 Inge Prasetyo will be the first Indonesian to race in Kona Ironman World Championships in 2017.  She got her slot in Ironman Taiwan.  It was her first iron-distance race.

Based on the race reports of the finishers, Ironman Taiwan was just branded as one of the most difficult races in the Asian long-distance circuit.  Combine the undulating terrain and strong wind in the bike, and add a totally shadeless run under the searing sun, finishers had to dig deep to get the coveted finisher’s medal.  One Indonesian though rose through the brutal conditions, and won her age group category (35-39).  The win gave her a Kona slot for 2017.  She will be the first of her country to do so; AsiaTRI talked to Inge about her Big Island achievement: AsiaTRI: Can you tell us about your background?  How did you start in triathlon?

Inge: I was a competitive swimmer and long jumper back in my high school and college days. I did my first ever triathlon when I was 16 in Batam, just out of curiosity. It was a 2km swim, 60km bike and 10km run in a blistering hot weather, with partial off-road on the bike. I did not finish the run leg, totally overestimated my ability to run (after all, long jumpers only get to run at most 3km during each training!).

It took me 18 years to get me back to this sport again. My first experience was quite traumatizing that I swore I would never do it again. In 2014, at the age of 34, I took up long distance running and not long after, I signed up for an Olympic distance triathlon. I won 2nd in my age group and 5th overall women.

See also:  The making of the 2016 Kona Ironman Finisher Medal

Inge: This year has been quite interesting, in a good way. I have not been racing much this year due to work commitment – I was working in Shanghai and had been living there for 11 years. In August this year I decided to move back to Indonesia. With extra free time I had after moving, I was able to train better for Ironman Taiwan. This result from Ironman Taiwan is probably the highlight of my 2016 season.

AsiaTRI: Definitely, a big space in your triathlon bucket list was crossed out.  You will be in Kona in 2017, how long did it take you to reach this moment?

Inge: Well, this was my first full ironman race and I totally did not expect to get the slot for Kona! I started the training around June this year, but it was not until September where I decided to train intensively with Z-Coaching in Phuket. AsiaTRI: Tell us about your race in Ironman Taiwan where you got your Kona slot..

Inge: I came to this race with the goal of just finishing strong. The swim was surprisingly enjoyable; I only regretted not positioning myself better so I got stuck with the 1:40 group. I did a 1:05 swim without a wetsuit (since I do not own one). For the bike, my goal was just to have a steady pace. I did not have much advantage in this leg since I do not own a TT bike. I think I was probably one of the very few people who got a Kona slot riding a road bike! The run was just purely painful for me; it was a long 42km on a warm sunny afternoon. I got several massive blisters on my toes due to the wet socks.

AsiaTRI: With Kona Qualifying behind, any more big races coming up that you have in mind?

Inge: At the moment I have no more big races coming up, only several local races in November and that wraps up the whole 2016 season.

AsiaTRI:  How is the triathlon community in Indonesia doing? As the first Indonesian to qualify for Kona, many of your countrymen triathletes  will definitely look up to you now. Any message for them?

Inge:  The triathlon community in Indonesia is growing and getting bigger now. Each year we seem to have more races organized by local government and clubs at various different islands. So I think it looks promising! I am confident in the next year or two we will have more triathletes competing in the world stage. My achievement in Penghu was just a small contribution for our country’s triathlon community. I hope this help to build awareness and recognition for the sport in Indonesia and more importantly I hope this will inspire others to try this sport and have confidence in themselves.