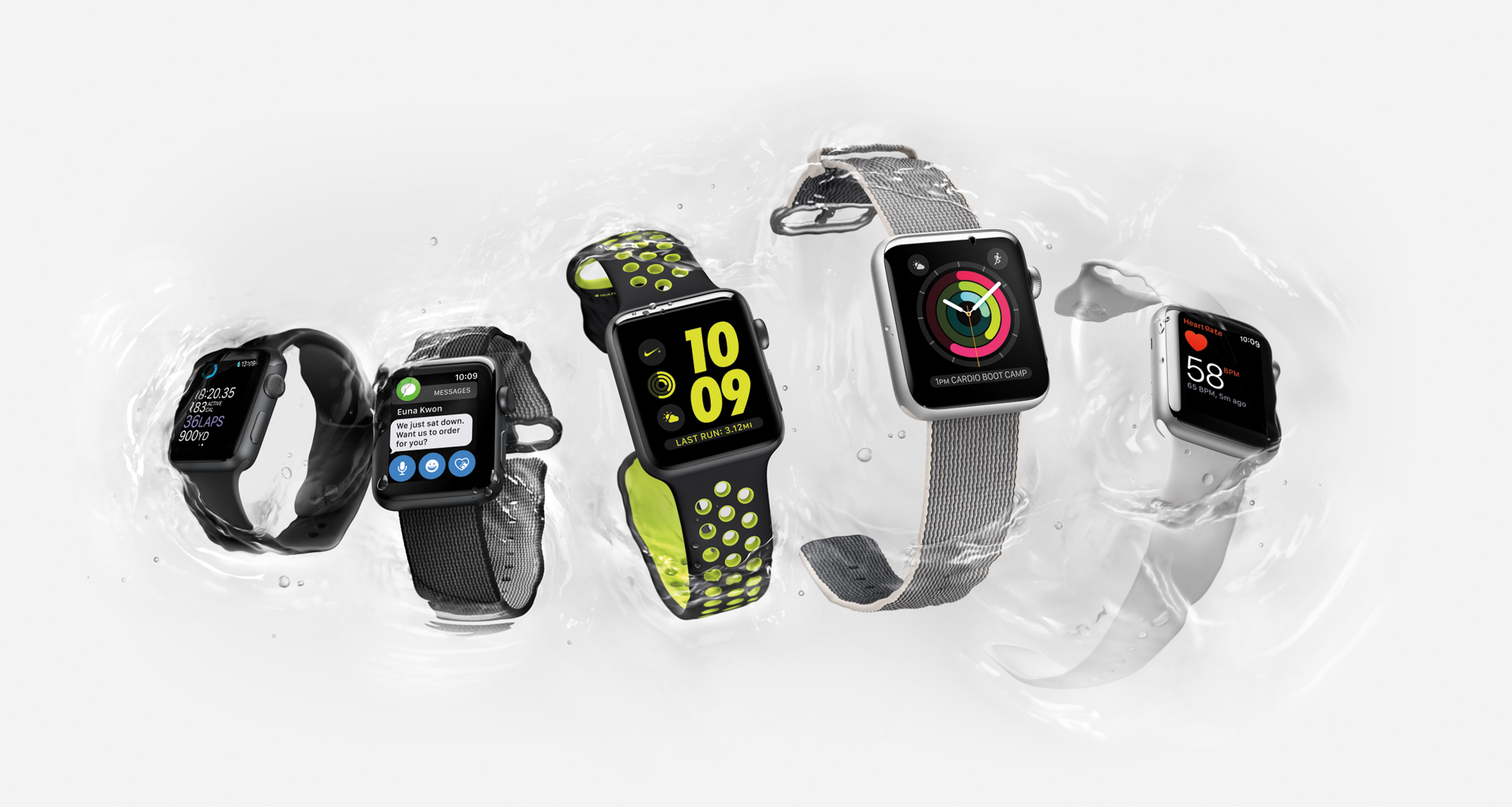 Apple just recently announced its latest wave of new product upgrades.  Overshadowed by the release of the new iPhone 7 was the latest update of its smart watch, the Apple Watch series 2.   See below the official press release:

SAN FRANCISCO — September 7, 2016 — Today, Apple® introduced Apple Watch® Series 2, the next generation of the world’s most popular smartwatch. Apple Watch Series 2 is packed with incredible fitness and health capabilities including a water resistance 50 meter rating for swimming,*  and built-in GPS so users can now run without an iPhone®. Apple Watch Series 2 also features a dramatically brighter display and a powerful dual-core processor. Combined with the performance enhancements of watchOS® 3, Apple Watch Series 2 makes it even easier to access third-party apps, receive and respond to notifications and conveniently use Apple Pay®. Apple Watch Series 2 will be available in more than 25 countries beginning Friday, September 16. “We’re thrilled with the response to Apple Watch and how it’s changed people’s lives. We are committed to fitness and health and think our customers will love the new capabilities of Apple Watch Series 2,” said Jeff Williams, Apple’s chief operating officer. “With a powerful new dual-core processor, water resistance 50 meters and built-in GPS, Apple Watch Series 2 is packed with features to help our customers live a healthy life.” Based on its features like built-in gps, water resistance, ability to count swim laps, and a wide array of fitness trackers, it sure has the capability of a multisport watch, a segment where industry leader Garmin has long dominated.   Based on released specs, the Apple watch Series 2 still won’t be a complete triathlon watch, but it will surely catch the eyes of  multisport aficionados who may want to combine its basic multisport features with Apple’s trendy and casual design.
Follow us