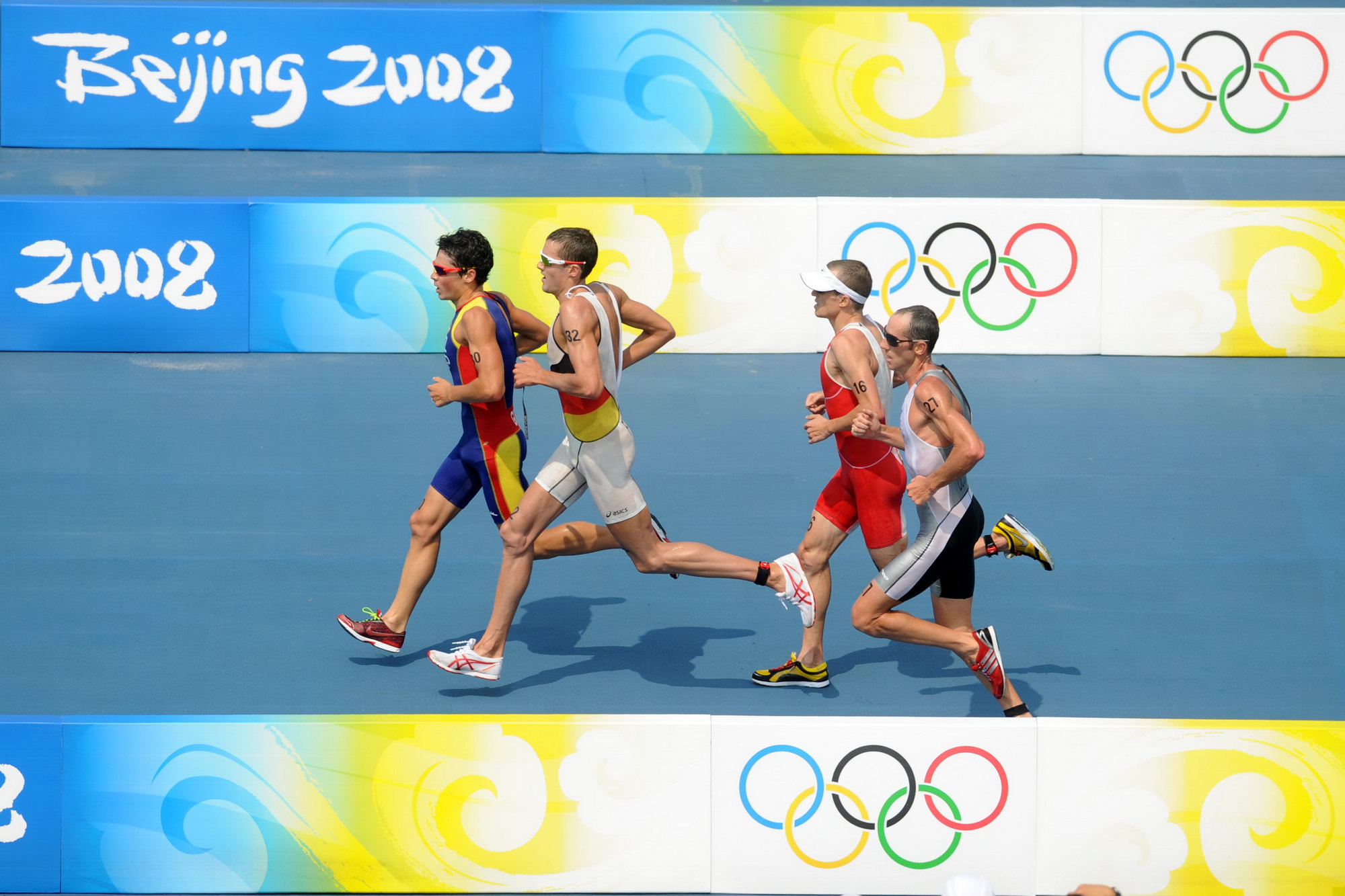 The 2008 Beijing Olympics marked the 3rd participation of Triathlon in the Summer Olympics, and marked the first time that internet allowed a broader audience to the world.

At the time, the pre-race favorites were Spain’s Javier Gomez and Portugal’s Vanessa Fernandes, who  were both reigning ITU world champions at the time.

Fifty-five women lined up on August 18, 2008 at 10:00, and in a clear sky and sunny day, Australian Emma Snowsill took home the gold, beating the then world number 1 Fernandes, who took silver. Another Aussie, Emma Moffatt won the bronze.

The men’s race saw one of the most exciting finishes in the history of the sport.  In a tight lead pack of four, three big names and a little-known German named Jan Frodeno.  In the pack were Javier Gomez, the world number 1, Simon Whitfield, the 2000 Oymplic Gold Medalist, and Kiwi Bevan Docherty, silver in Athens and also a world champion.

In a surprising turn of events, the current world champion Gomez at the time was left out of the podium spot.  In a sprint finish, Frodeno used his long strides to win the gold.  Whitfield was a surprise silver, and Docherty took bronze. Next week, we take a look back at the 2012 London Olympics, where the olympic curse for pre-race favorites was finally broken.