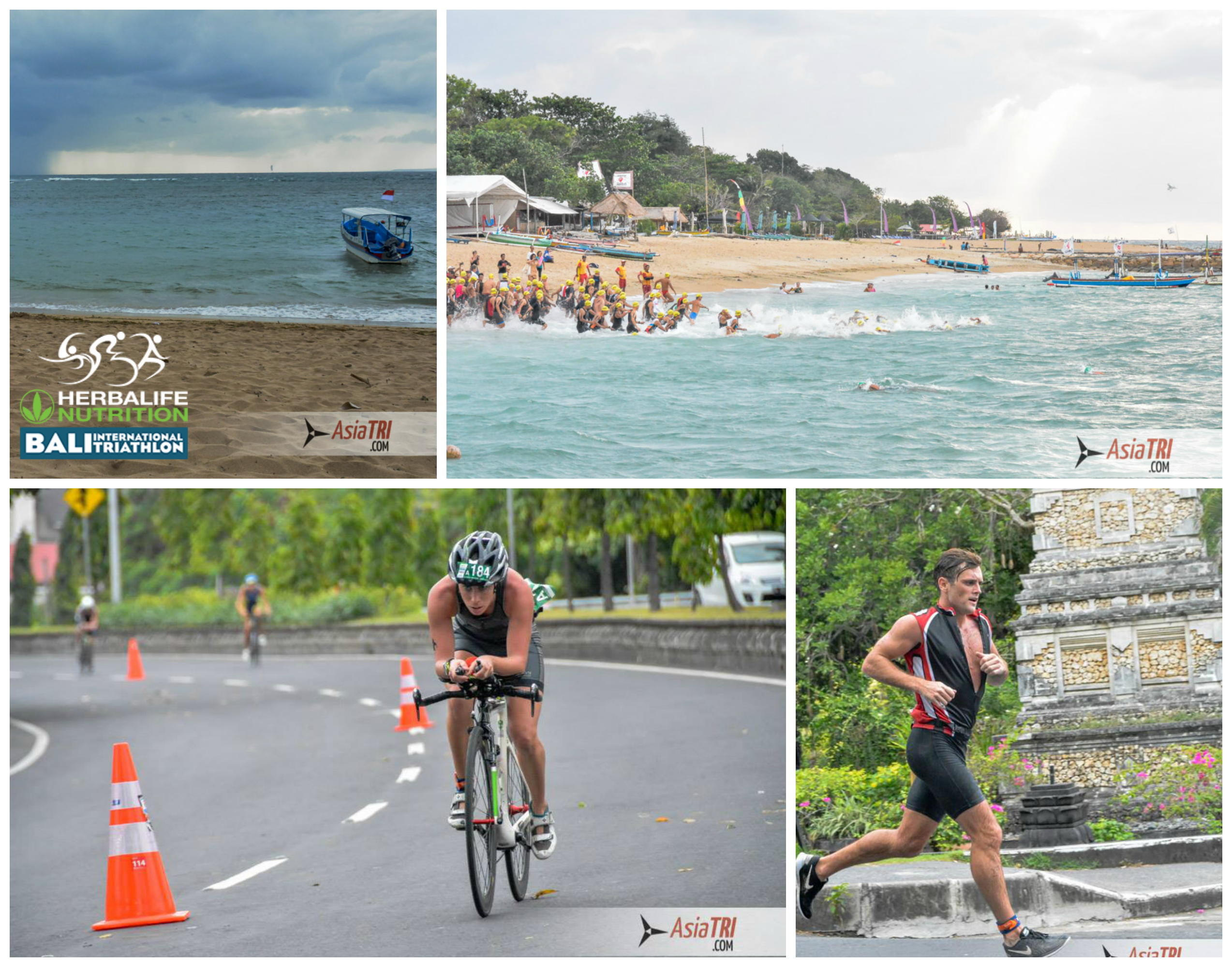 The Bali International Triathlon is becoming one of the best triathlon events in Asia.  In 2015 the race was the winner of AsiaTRI award “Best destination race – short course” since the course provided the participants, especially foreign athletes, the total Balinese experience, from the bike blessing ceremony before the race, pasta party on the beach, to a fancy sunset cocktails party after the race.

The main change for this year’s event was moving the race venue from Jimbaran Bay to Sanur Beach.  Since the event outgrew Jimbaran,   it was the next best thing to move to the new venue, with athletes having a much safer bike course with the traffic 100% closed to all vehicles. This time of the year is the peak season in Bali and it’s also when the Sanur Kite festival happens, a very traditional event on the island. This also means the wind is blowing from the time the athletes check their bikes on transition area on race morning to the time they are done with the race.

Triathlon is booming in Indonesia and most of the competitors were from Jakarta, but there were also plenty of Bali-based athletes, and foreign athletes, since Sanur beach is a short 40-minute drive from Bali International Airport.

Despite the beach being protected by coral reefs, the strong current was likely the day’s biggest challenge. After debating cutting the swim short, the organizers decided to go ahead with the original format but athletes had to work extra hard to make it to the first buoy. Only 3 athletes required assistance  though and were rescued out of the water but were still allowed to continue despite not being eligible for placing. The swim is a mass start, one loop for both the sprint and Olympic distance events. The depth is shallow for the entire segment, no deeper than 2 meters making it a beginner-friendly course since it provides some sense of safety and also with plenty of sea life to watch.

Safety on the bike has always been a challenge for the organizers, the roads in Bali are typically extremely narrow and controlling the local traffic of scooters is very difficult. With the new race venue this was totally solved.  The bike course was all held on bypass roads that cuts through town, athletes had two full lanes, one for each direction and there were literally no vehicles on the course other than the drafting marshal bikes, making it one of the safest bike course on the circuit as the quality of the road is also perfect. The course is all flat and the main challenge for the day was the strong winds that were still present on certain segments of the bike course. Olympic distance athletes had to complete two laps while the sprint distance athletes needed only one.

Different than the old course which was extremely hilly and had two long segments on sand, the new course is one loop for both sprint and Olympic Distance events, and is all flat, through Sanur village with only a 200-meter segment at the beach. Athletes still enjoyed the Balinese flavor by running past several local temples, beach and the local town, while enjoying a fast course.

All in all, the new course was a positive change to the race especially to beginner athletes, since the course now is faster, flatter and safer, despite losing some hills on the bike and run. Keep an eye on the event’s website balitriathlon.com for next year’s date.

More in Featured
Video: How To Train For Time Trials – Time Trial Like A Pro
July 20, 2016