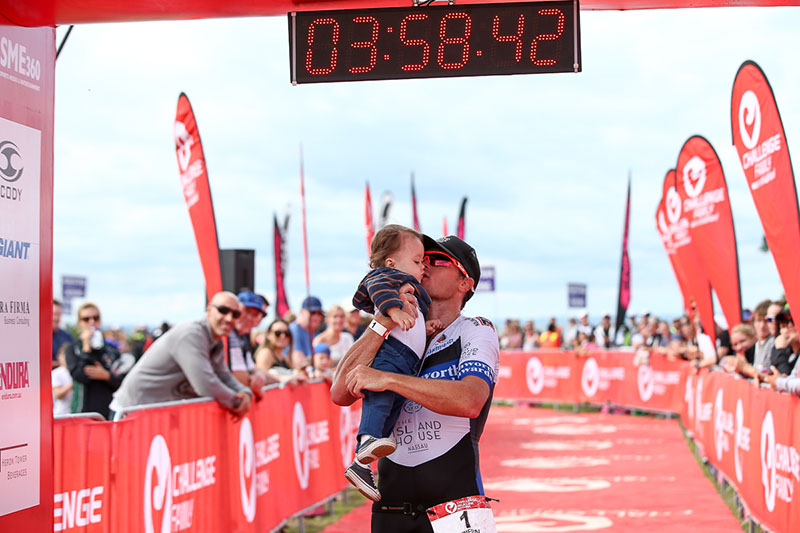 Martin Jolly, Chief Executive Officer of Sports Media and Entertainment 360, owners and operators of the event is looking forward to the spectacle of a new major event in Melbourne.

“We are super excited to announce that Challenge Melbourne has moved venues in 2017 and will be held at the iconic Catani Gardens in St Kilda. We are also extremely excited for this event to have been chosen to host the 2017 Asia Pacific Championship. This picturesque beach side venue in Melbourne Australia is the perfect location to stage an event of this caliber as it has an abundance of accommodation, cafes, tourist activities and nightlife that promises a great weekend or holiday in this famous city,” said Mr. Jolly.

The event is set to attract more than 1,500 triathletes who will complete a 1.9km Swim, 90km Bike and 21.1km Run. Professional athletes will fight it out for a $30,000 prize purse and the title of Asia-Pacific Champion. The event will also carry double qualification slots for THECHAMPIONSHIP which is CHALLENGEFAMILY’s annual World Championship event at the half distance.

“We can think of no better partner than SME360 to deliver a Championship event in Melbourne and are thrilled to be working with such an incredible team on a very important event forChallenge Family. The 2017 Championship of Asia Pacific is the first championship event forChallenge Family in the region and brings together our eight half distance and two full distance events in Asia-Pacific into a Championship territory. We look forward to making this race an incredible experience for athletes, supporters and spectators alike,” said Mr. Altmann.

While CHALLENGEMELBOURNE is the Asia-Pacific Championship for 2017, triathletes of all levels are welcome to register for the event, with the minimum age for entry being 18 years. Athletes are not required to qualify for the event. Pre-sale entries are open today, Friday July 29 and for a limited period of only 14 days there are huge savings on entry prices that will not be repeated.

Pre-sale registrations are available now at www.challengemelbourne.com.au. The Asia-Pacific Championship at CHALLENGEMELBOURNE is part of the Worldwide Series of CHALLENGEFAMILY events with 48 races in 26 countries, including the legendary CHALLENGEROTH triathlon. More information about CHALLENGEFAMILY is available atwww.challenge-family.com.

Racing and Training: How to Cope with the Coronavirus Anxiety
March 3, 2020
Posting....