Profile: As he approaches the age of 40, Andy Potts wins Ironman 70.3 Vineman on Sunday with a 1:12:13 half marathon split 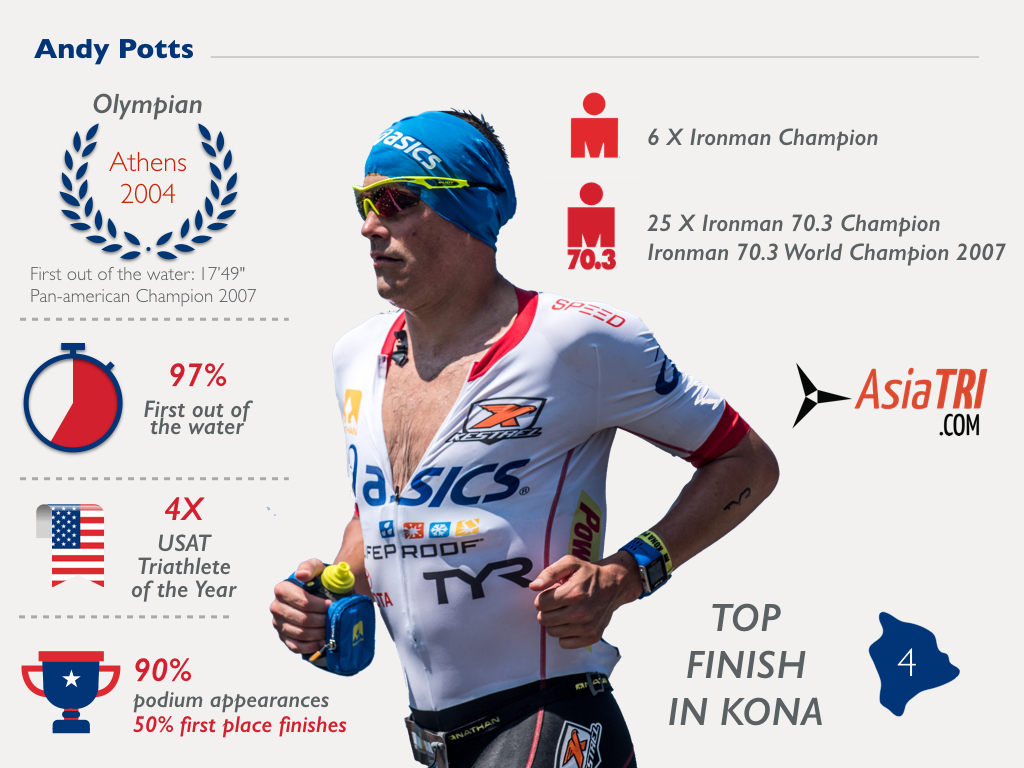 One of the most successful triathletes at all distances in history, the American Andy Potts showed last weekend, he is far from retirement. As he approaches the age of 40 years, Potts posted a 1:12:13 in the half marathon to win the Ironman 70.2 Vineman. One of the best swimmers in the sport, Potts continues to chase his holy grail, the title at Ironman Hawaii.

His career started in swimming, he was a high school the college swimmer, part of USA’s most traditional swimming teams, the Michigan Wolverines, the home of several olympic champions including Michael Phelps. Potts was part of the team from  1995 to 1999, and captain in 1998 to 1999. Potts came to win the bronze in the 400m Medley of the Universiade meet in 1995 in Fukuoka, Japan.

Once retired from swimming while still at college Potts joined the track team, where he stayed until 2000. His start in Triathlon took place in 2003 at age 27. Already in this first year, Potts was named Freshman of the US Triathlete of year awards, and was  top 100 in ITU (International Triathlon Union) rank.

This meteoric career in multisport led to the 2004 Athens Olympics, when he was the first out of the water and finished 22nd . His ITU career continued in the following years and includes titles such as USAT (USA Triathlon) Triathlete of the year and gold at the Pan American Games in Rio 2007.

In 2007, Potts also won the world title Ironman 70.3 in Clearwater, Florida, with an incredible 3:42:33. The long distance format seemed to have suited him and that same year he won Ironman Coeur d’Alene, Idaho, in 8:24:40.
Just like in the ITU, his career also took off in the long distance races, with several victories over the Ironman and Ironman 70.3, and podiums in virtually all races he participated.

Hawaii seems to be the final goal at Potts career. His best result there was a 4th place in 2014 and 2015. The last American to win on the Big Island was Tim DeBoom in 2001 and 2002. After nearly 15 years, Potts knows that this is a difficult task, but not impossible .

Check out some more data of this great triathlete: