Lightest Cycling Shoes to be Publicly Sold after Rio Olympics 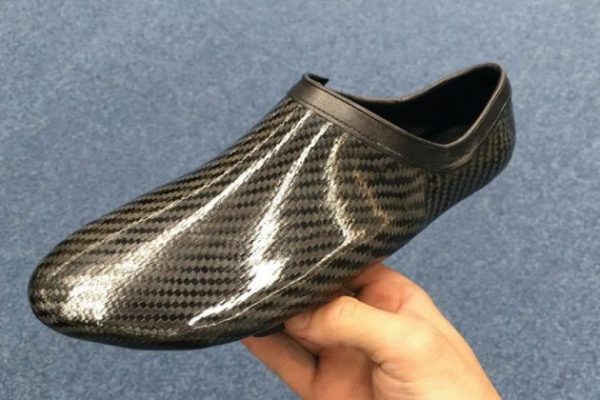 The 2016 Rio Olympics are near and tagging along are a number of technological and aesthetic innovations in triathlon and the specific sports in its discipline: swimming, cycling and running. Recently, the British track cycling team revealed the cycling shoe that they will use in the Olympic track competition, a model that will be made available to the public after the Games.

The 100% carbon shoe to be used by Team GB riders, were first spotted when Sir Bradley Wiggins turned up with those shoes in a local time trial race.   Manufactured by a small American company, Simmons Racing, the shoe was definitely designed without ventilation or comfort in mind.  Designed to be aerodynamically-efficient and light, each shoe is custom-fitted through heat-moulding.

The pressure adjustment is made by a Sidi-like dial on the bottom, with only a small layer of rubber in the heel to prevent slipping when the athletes are walking with it.

Simmons Racing announced that the model will be available at a cost of $2,000 and can be customized for each athlete, just like the British team. A semi-custom model will be offered for $ 950.  Nice!

90% of the triathlon start list for Rio Olympics announced