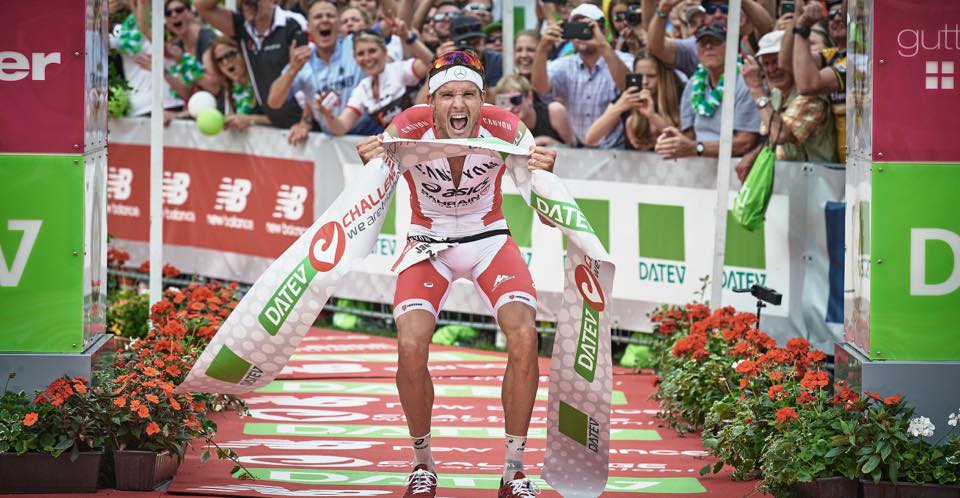 Frodeno announced half a year ago that he had Raelert’s record in his sights at DATEV Challenge Roth. And when a man of this calibre announces something then in his own words, “you do everything possible to make it happen”.

On the day the 2008 Olympic Champion and current World Champion not only faced the largest field on the long distance triathlon circuit but also perfect conditions: high cloud, warm temperatures and practically no wind.

Frodeno led from the start in a race against the clock although it was not lonely. Hundreds of thousands cheered him on towards his new world record as he became the first male world champion to win at Roth. Frodeno was in a class of his own in the swim and also had no competition on the bike, despite a trip into a ditch on the second lap. “But that probably brought me more time thanks to the extra adrenaline surge I got from the crash,” said Frodeno afterwards.

During the run he experienced “many highs and lows” in the final kilometres but in the end, it was the highs that prevailed. And in his first interview at the finish line he said, “Now I understand why this is the greatest of all races”.

Frodeno’s history-making win was further emphasised by his lead on his competition. The United Kingdom’s Joe Skipper was more than 20 minutes behind the champion in 7:56:23while last year’s defending champion, Nils Frommhold earned third, also coming under the eight-hour mark in 7:57:59.

Daniela Ryf (SUI) has taken out the top title at her first Challenge Roth with the third fastest women’s time ever achieved over triathlon’s long distance.

The current world champion dominated from start to finish, taking the win in 8:22:04 and achieved the third best time ever on the long distance of 3.8 km swim, 180 km bike and a 42,195 km marathon.

She almost achieved the fairy-tale ending, but couldn’t quite beat the incomparable Chrissie Wellington’s world record time of 8:18:13, set in 2011. Wellington, who was spectating on the sidelines during the race, did however have some concern for her world record. Daniela Ryf was nearly ten minutes faster on the bike course than the British athlete but she failed to match Wellington’s blistering marathon pace. “I hope to come back again” she said at the finish line and gave everyone the impression that she just finished running a casual 10km with her energetic finish line dance! Just how dominant Ryf was is illustrated by the time she had over her competitors. Carrie Lester (AUS) delivered a second-place finish with a personal best of 8:42:13 hours which was still 20 minutes after the winner. Lester claimed the same position as last year, although was 11 minutes faster, and demoted defending champion, Yvonne van Vlerken (8:49:35 hours) to third place. British athlete, Laura Siddall, rounded out the top four women coming in under nine hours with a time of 8:51:59 hours.