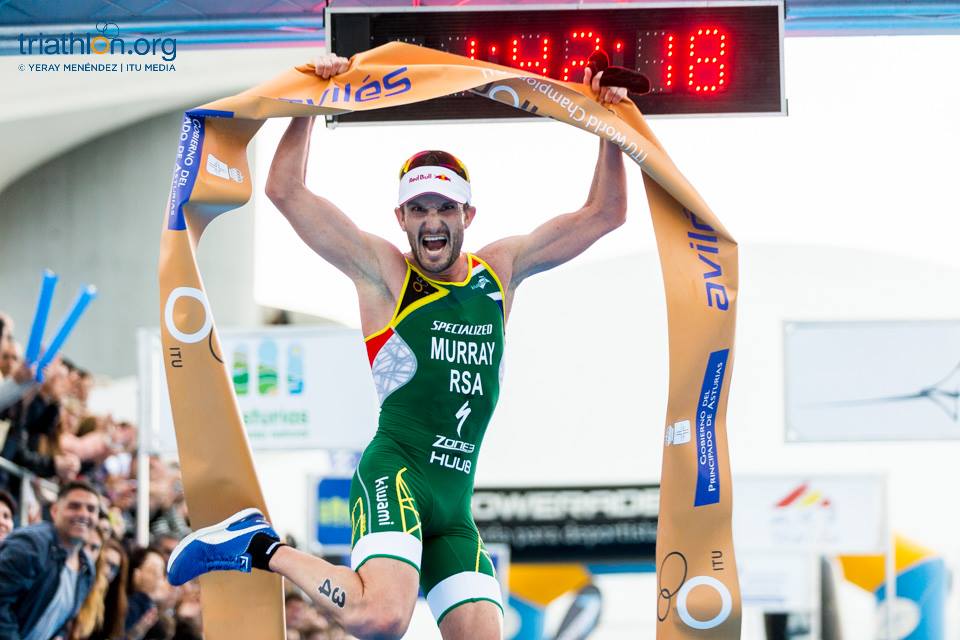 The women’s elite race was dominated from the very beginning by Emma Pallant, who couldn’t have had a better birthday celebration than winning her second consecutive World title. Pallant was always in the small pack that led the race throughout the first laps of the run and the bike course. She went out on her own on the final 5km run for the victory at the last segment of running of the 10 km run/40 km bike / 5 km run course. South African Andrea Steyn maintained her second position during the last lap even though the crowds went wild with local athlete, Margarita García Cañellas, fighting to be on the podium. They ended up finishing in second and third place, after an astonishing bike race from García, who led the group for 40km.

The last race of the day was Elite and U23 Men’s duathletes taking the streets of the Aviles estuary. The duathlon race saw an enormous come back by South African Richard Murray. Only seven weeks after having to go trough surgery for a broken collarbone, and after stating on the press conference the day before the Worlds in Aviles that he was “not fine yet”, he managed to win the Duathlon World title without opposition.

Ten athletes led the bike race, with the big favourites such as Murray, Emilio Ruiz or Nicolas Benoit included, completed the six laps of the bike course all together, only to have Murray left all of them clearly behind at the beginning of the final discipline. Currently ranked fourth on the Columbia Threadneedle Rankings, Murray claimed the world title six years after his last duathlon race. In the Junior race, Swiss Delia Sclabas, the youngest of the competitors in Aviles, claimed the crown of World Champion after an astonishing last lap on the race. The 20 km bike flat course was quite tough for her, with British Kate Waugh trying to break the small group and with Madalena Almeida (POR) following close behind, but with one lap to go Sclabas showed her class on the run to grab the gold medal, stopping the clock in 58:55.

The Men’s Junior race was the perfect set up for UK rising star, Alex Yee, unbeatable in the race segments with Spaniards Alberto González and Javier Lluch finishing second and third, after leaving the pack of during the last segment of the race.