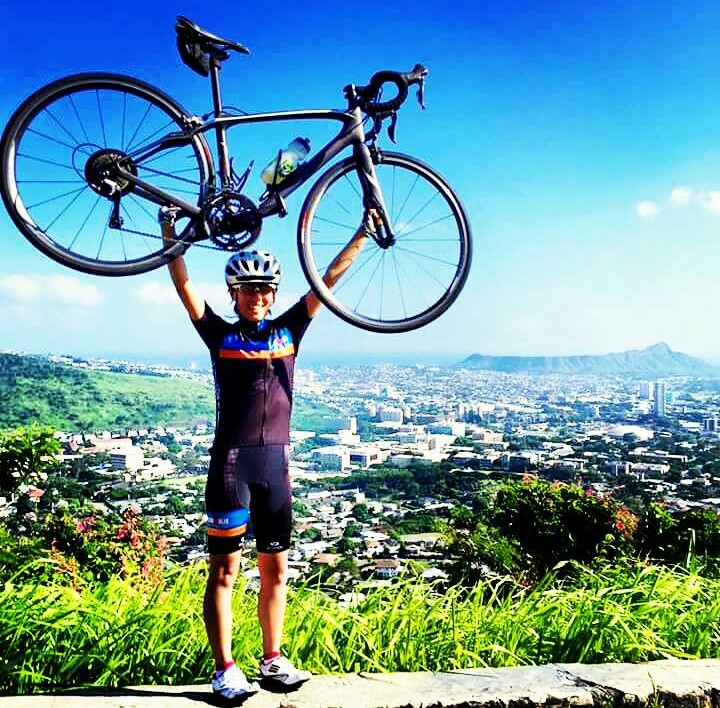 It’s taper time! With only 10 days to go for the Ironman Asia-Pacific Championships in Cairns, Australia – most athletes are finishing their preparation and starting the travel down under. Japanese athletes have a special incentive this year at Ironman Cairns, 30 Kona slots will be allocated for Japanese nationals or with Japan’s permanent residency card, this incentive came as after Ironman Japan was cancelled, Ironman aims to keep the Kona dream alive in that part of the world (full article here).

One of these athletes is Japanese age grouper Kana Suzuki, the 28-year-old from Osaka is a multiple-time Ironman finisher and in Cairns she sees the extra slots as big opportunity to achieve a lifetime dream. Kana is deaf and deals with some extra challenges on race day other than the course and the competitors, learn more about her in the interview below: Why IRONMAN, and why IRONMAN Cairns?

I have a Big Dream of “KONA”. I hope to one day race at the IRONMAN World Championship in Kailua Kona Hawaii, it’s a dream I’ve had since I was a child. But I didn’t know how to do a triathlon then. I liked running and swimming and after two years of trying to master triathlon I completed my first Olympic distance race.

It was two months after that race that I thought I could step up to an IRONMAN 70.3 and finished IRONMAN 70.3 Japan in 2013. This helped my confidence grow and a year later I entered IRONMAN Cairns (2014), my first IRONMAN.
Unfortunately I failed to finish the bike leg and had to withdraw. It was so frustrating not being able to control my nerves.
The memory of that race was very disappointing and I feel sad just thinking about it.

But I believe in the IRONMAN motto “Anything is Possible”. And two months later I tried again at IRONMAN Japan, and my dream came true as I heard the words, ‘you are an IRONMAN.” Unfortunately I didn’t get a Kona slot, so that dream is still alive. IN 2015 and 2016 I finished IRONMAN Australia, but I’m still chasing that Kona slot, hopefully at Cairns this year I can tick that off my list.

What do your family and friends think about you racing?

How does being deaf affect your training and racing?

-I don’t wear my hearing-aid during the race so I have to focus on other athletes around me in the water, and to figure out when the gun goes off.
Same in bike leg and run leg, I cannot hear anything, such as other athletes coming from behind, cheering from spectators, and any noises around me, it is like I race in my own world alone.
Luckily I have never experienced accidents or injuries during the races, How desperate are you to get to Kona?

– The standard of IRONMAN racing is very high, but it’s a dream I desperately want to achive so I’ll keep working until I achieve it. I’m a good swimmer and runner but not as good on the bike. I’ve worked as hard as possible on improving my bike, I really want to get to Kona.

See also:  How To Ride Hairpin Turns Like A Pro | GCN Pro Tips

How do you think you’ll feel when you cross that finish line?
-I’m proud of myself! I’ll have the happiest smile of my life!

S2 Sprint Distance triathlon series kicks off in Subic Bay, Philippines as a side event to 5150