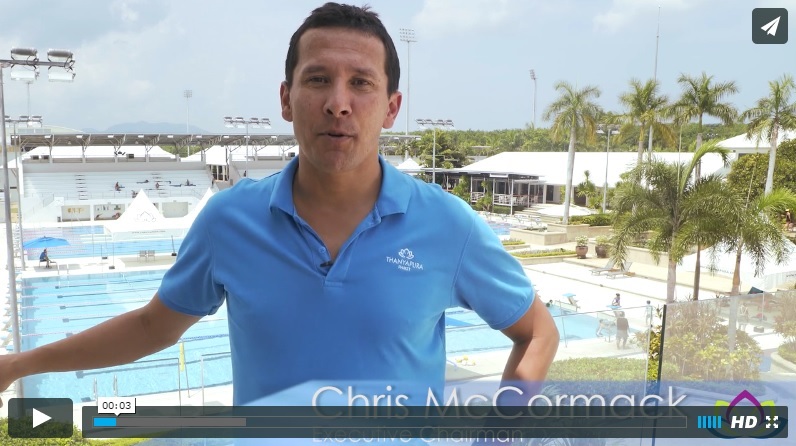 The opportunity of a lifetime awaits up-and-coming elite triathletes as Thanyapura Phuket announces tryouts for its own professional triathlon team.

Five team slots on the Thanyapura Triathlon Team are open to aspiring or current professional athletes.

Four-time world triathlon champion Chris McCormack sits as Thanyapura’s Executive Chairman and oversees its triathlon program. He says, “I came here to Asia to build what I believe is the best triathlon training facility on the planet. We’ve finally gotten to the point where we can launch our first ever professional triathlon team.”

As Asia’s top sports training center that offers fitness, health and wellbeing programs set in world-class facilities open to the public, Thanyapura in northern Phuket is uniquely situated at the heart of the booming Asian racing scene.

“This is the opportunity of a lifetime that I would have died for when I quit my job as an accountant and pursued my dream over 20 years ago now. I had to do it the hard way but this is really going to make it easy for a lucky bunch of five who I’m going to help handpick,” states McCormack.

Most of the financial stress for up-and-coming athletes comes from the day-to-day living costs when training and racing full-time. McCormack had launched his own career by selling his possessions and booking a one-way ticket to France to race amongst the best in Europe.

As the focus of triathlon has moved toward Asia, Phuket with its numerous direct flights to major cities in Asia and Europe, low cost of living, and excellent training facilities out of Thanyapura has become a central location for athletes looking to cut their teeth as professionals.

Prospective team members must be willing to be based out of Phuket for a minimum of six months. They will be provided team racing and training kit, full board at Thanyapura and access to its training facilities, and private cottage housing nearby — an athlete village. They will have opportunity to train among peers, world champions, and the world’s best athletes and race the region’s top events to push them to optimize their potential.

With years of experience in sponsor negotiations and putting together the multi-million dollar Bahrain Endurance 13 Team, McCormack also hopes to mentor triathlon team members in the business side of the sport and help launch them into a successful long-term career as a professional triathlete. He states, “I hope to welcome you to these remarkable training facilities and help you with your professional triathlon career into the future.”

For more information on the Thanyapura Triathlon Team and to apply, visit www.thanyapura.com/TTT