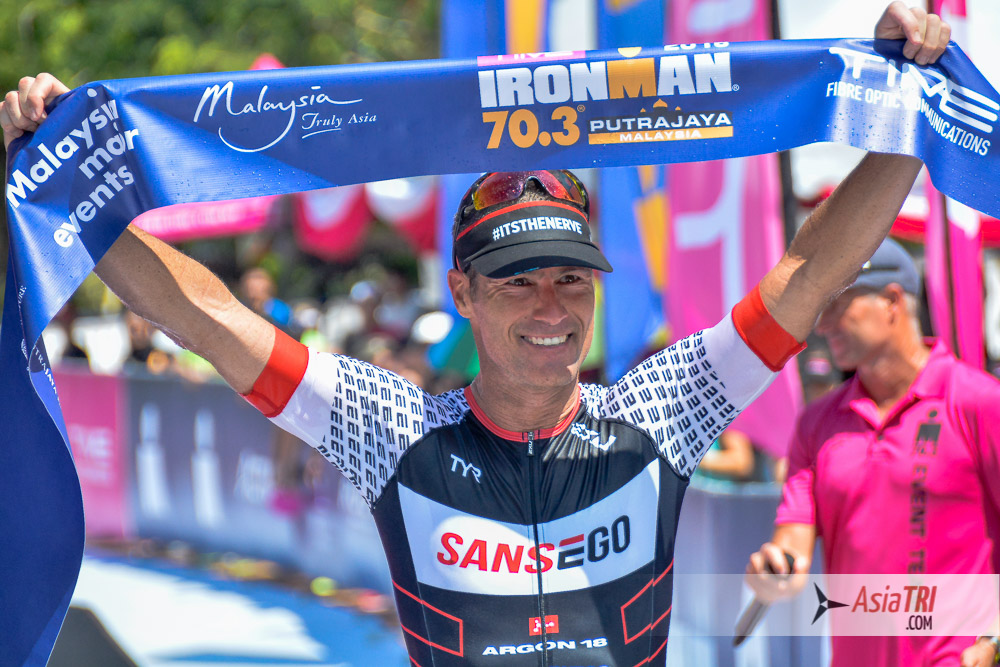 The swim started with Josh Amberger leading solo out of the water, he had one minute lead to Brad Khalefeldt (AUS) and Stuart Hayes (GBR), another thirty seconds back, there was a pack with all the main pre-race favorites, including Alexander, Luke McKenzie, Fredrik Croneborg, Mitch Robins and others.

Josh Amberger who placed 2nd to Jan Frodeno at Ironman 70.3 Dubai earlier in the year, kept the pressure on and by the time he reached transition two he had a four minute lead on the chase pack. One key withdraw from the race was Luke McKenzie who had a mechanical on the 45km mark. Carina Brechters from Germany was the first out of the water in 25:58, she had just over a minute lead to Radka Vodickova and Liz Blatchford, the two pre-race favorites, and another two minutes ahead of Kate Bevilaqua, Sarah Crowley and Kathryn Haesner.

Carina held onto her lead until the final stages of the first 45km lap, when both Liz and Radka, who stayed together for the entire bike leg, took the lead and it became a 2-women race as by transition two the duo had one minute lead on Carina and four minutes to the chase group.

Out of transition Radka quickly got away from Liz, and with the day’s best run split in 01:27:19 she took home the win with a finish time of 04:22:16, Liz Blatchford was 2nd place in 04:26:05 while Kate Bevilaqua sprinted Beth Gerdes to round up the podium.