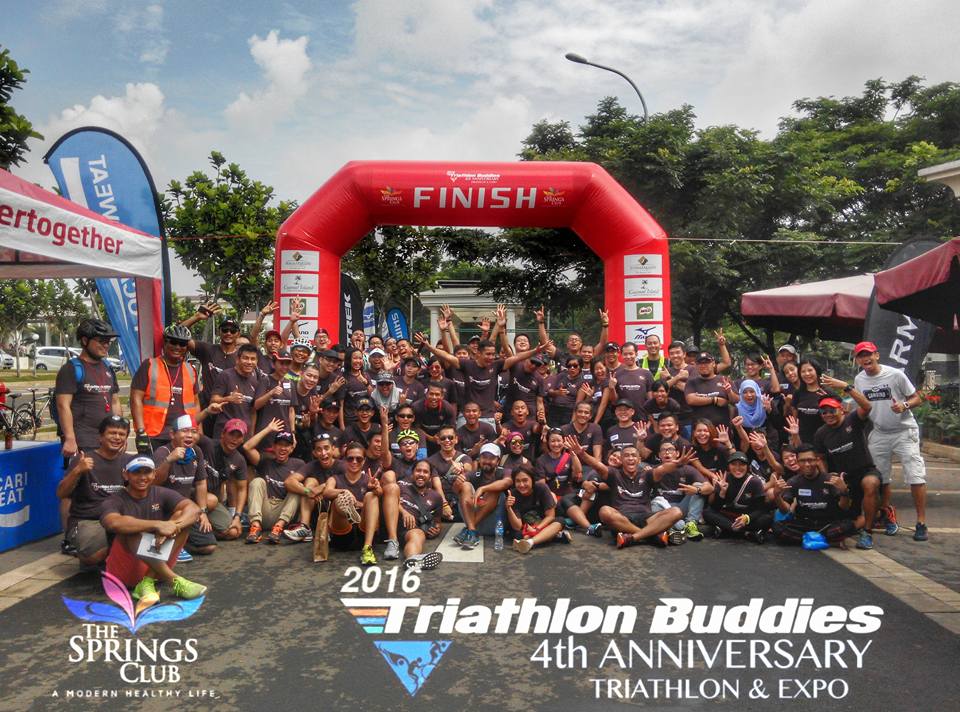 Founded in January 7th 2012 in Jakarta through a group of people with various sports backgrounds that had the same challenge goal in mind, which was finishing Triathlon race held in Bintan and Bali. The club first started as a training group of a few people and quickly expanded after launching our facebook account to bring in more enthusiasts. In 2013 a triathlon race was held as a celebration for Triathlon Buddies first anniversary and has continued until today as an annual event ever since.

Currently, the club has grown in size to include more than 2,000 buddies all over Indonesia, and has become the largest triathlon community club in Indonesia. Besides the training and exercise programs, Triathlon Buddies become one of the main supporters and community race partners of triathlon events held in Indonesia.  This is in addition to the coaching services provided to members and educational information sessions on the sport of triathlon for the public.

The future goals would be to support the growth of Triathlon race events held in Indonesia to discover new talents of young Indonesian athletes who have the potential to compete as elite triathletes. Another goal is to have a training base with complete facilities in order to boost discipline towards these sports. An established base will also be the center of information, education and publication about triathlon in Indonesia.  It will be a place where buddies and enthusiasts can hold gatherings for sharing and engaging in this exciting sport.

Triathlon Buddies is not a typical sport club where you just train together. We also act as a place where communities can join together to share and pass on knowledge and experience about the sport of triathlon. Senior triathletes take turns sharing their stories and tips of how to enjoy triathlon challenges safely. Back when this community was started it was common for only a few Indonesians to join a Triathlon race event, and even fewer joining Long Distance Triathlon race events, such as the well-known Ironman. Now,  four years later the number of our fellow buddies participating in these events has grown exponentially and inludes not only Ironman, but also the challenging Ultra Triathlon events.

Bradley Weiss to defend his title at XTERRA Albay