Bradley Weiss to defend his title at XTERRA Albay 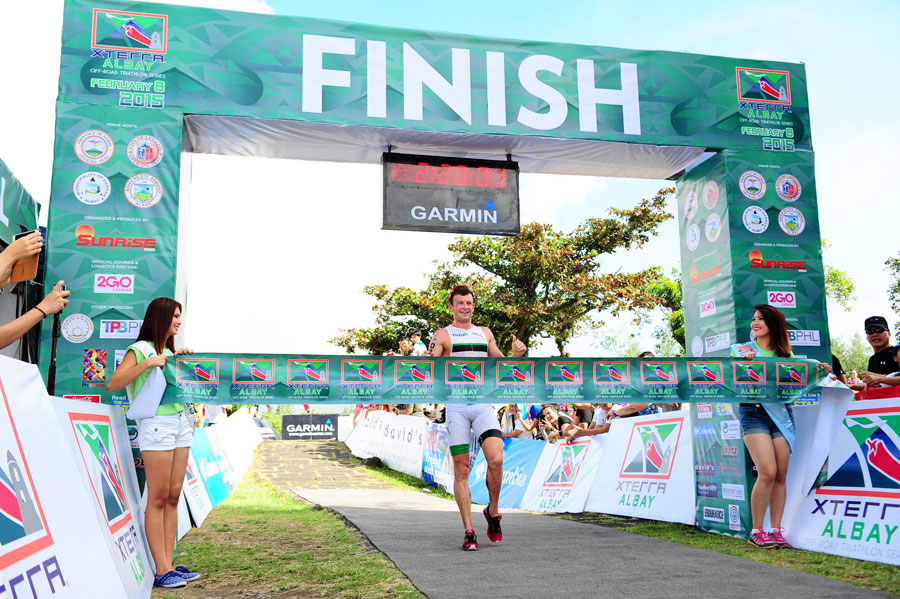 Defending champion Bradley Weiss seeks to dish out another explosive performance around majestic Mayon Volcano as he banners a stellar field in the XTERRA Albay 2016 on Feb. 7 in the Province of Albay.

Weiss struck gold last year when the prestigious off-road triathlon race had its maiden run in Albay with the South African ace determined to set another coronation for himself with the world’s most perfect cone as backdrop.

Out to foil Weiss’ bid are 2015 male pro third-placer Ben Allen of Australia, 2015 fourth placer Brodie Gardner also of Australia, Charlie Epperson of Guam, Joseph Miller of the Philippines and Michal Bucek of Slovakia, who are all returning to Albay.

The women’s pro crown, meanwhile, is up for grabs are 2015 winner Flora Duffy, the world titlist from Bermuda, has opted to skip this year’s event to concentrate on her campaign in the Rio Olympics.

Australians Jacqui Slack, the runner-up last year, and third placer Dimity Lee Duke head the contenders in the distaff side along with Mieko Carey of Guam, who placed fourth last time.

The race tests the participants in challenging environs in courses around Mayon.

The 1.5K swim starts in the shores of Lidong in Mayon Rivera, where the water is calm and deep and the sands are black.

The 10K run follows the ATV route in Mayon passing through rocky and sandy areas, river bed, and grasslands with the finish line set at the famous Cagsawa Ruins

Triclub Profile: Triathlon Buddies in Indonesia and it's 2.000 affiliates