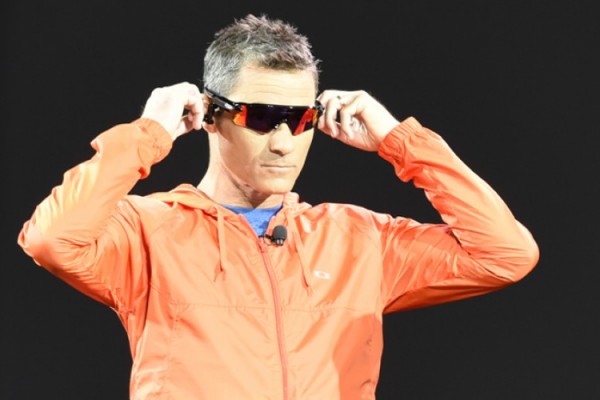 The CES technology fair always features great new features to the global market, especially in the electronics area, vehicles and games. In recent years, sporting gadgets have gained more and more space, as the audience for such devices is growing all over the world. This year, the big news of sports technology were the “smart” glasses.

First, Garmin presented the Varia Vision, a small device that will display information in many compatible glasses. Although not yet defined, the company claims it will fit most of the major brands in the market. The big advantage is that eventually, the athletes will have the information from their Garmin devices, including performance data without having to look down. You can also configure alerts and still receive calls and read messages if your smartphone is connected to the device.

For now, there are only two devices in the market: Recon Jet (499usd) and Kolpin Solos (About 500USD), although most glasses manufacturers promise to make their glasses compatible in 2016. The Varia Vision itself is due for release at the beginning of this year at an estimated price of 399usd.

Oakley, in partnership with the giant brand Intel, launched a glasses with a kind of “built-in coach”, presented by none other than Craig Alexander, three times world champion and record holder in the Hawaii Ironman. In this case, the information and instructions are provided in audio, not on the display, which seems to be safer for the athlete. The system also recognizes voice commands and can perform specific tasks. Intel promises the release later in 2016, but has not released the initial price.

See also:  Get Free Speed in an Aerodynamic Bike Set-up
Follow us

How To Choose Your Tire Pressure For Triathlon
November 13, 2018