After completing 500 marathons in 500 days, spanish triathlete finishes 100 ironmans in a year 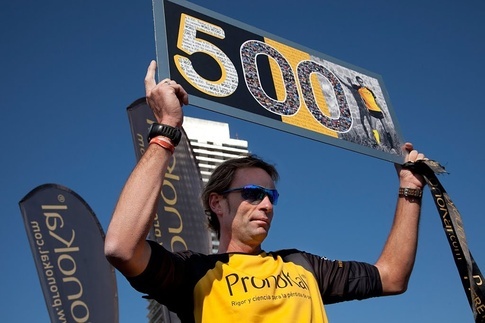 During this challenge, the athlete didn’t fully stop his professional commitments, he says at certain week he had to work everyday and only managed a combined 24 hours of sleep during that time.