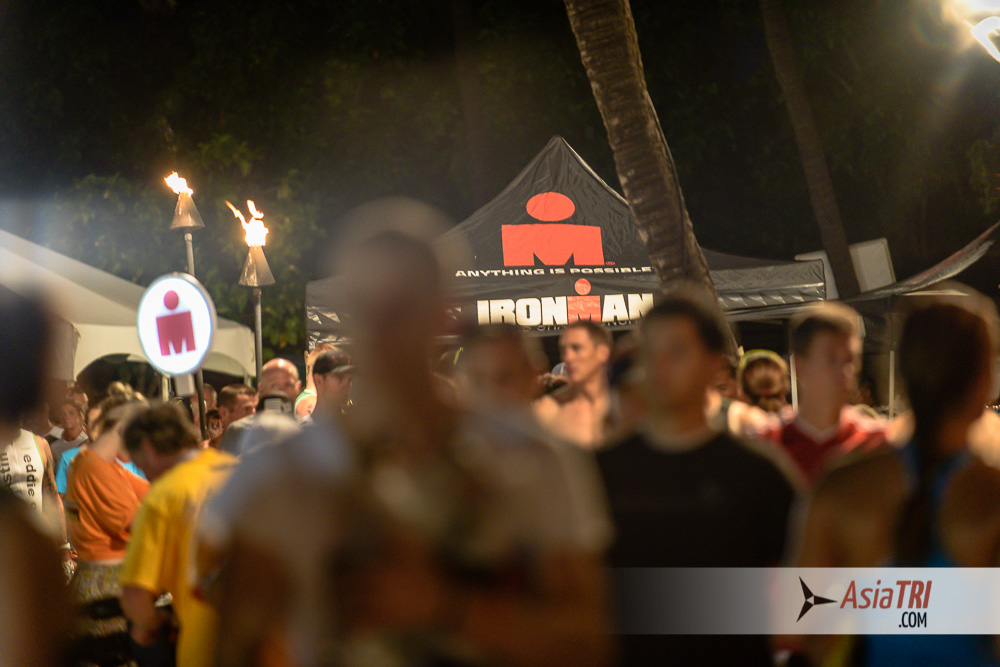 The triathlon scene in Asia is expanding fast and recently Ironman was acquired by Dalian Wanda, a Chinese company with a large history in the sports and entertainment industry. Ironman Asia-Pacific CEO Geoff Meyer talked about the plans for the future for this part of the world. At the time of this interview, there are plans for two IRONMAN 70.3’s to take place in 2016, final confirmation and announcement should come shortly.

– What is the purpose for this?

With IRONMAN Japan being cancelled, we felt with Japan having such a long history with the IRONMAN World Championships, it was only fair for Japanese athletes to still have a pathway to qualify. Therefore IRONMAN Cairns was chosen for a few reasons but calendar and ease of travel were the main drivers. In 2016, IRONMAN Cairns will become the official Asia-Pacific Championship, so the event will offer a total of 105 World Championship slots, with 30 of these specifically for Japanese athletes who hold a current passport or permanent residency card.

– How do you distribute those 30 slots to each age group?

– Have any other Ironman races ever done the same thing (Kona slots exclusive to certain nationality) in the past?

No this is a first

– Do you think Ironman in Asia region is expanding these days? Any statistics?

Yes the expansion in Asia has been very dramatic, three years ago we had four events, then eight, now sixteen, with plans underway for more to enter the market in 2016. Japan is a priority for us and we would like to see a full time Japanese led IRONMAN office open in Japan in the near future, this we believe would help with developing the sport and more races.

– Do you hold 70.3 to open up new markets when it’s difficult to hold an full Ironman event in some countries?

Every country is unique and at varying levels of maturity when it comes to the sport of Triathlon, I believe introducing IRONMAN 70.3 and 5150 into new markets is a great way to develop the sport and brand. As the desire for a full IRONMAN grows, then it can be established.

– Now, a China based company owns Ironman. Does this fact affect the sport? Will Ironman events change a lot in the future? How?

At present its business as usual, I do see a lot of positives for the future with the acquisition by Dalian Wanda. We now have many more resources that can be accessed, travel companies, media and commercial companies, all of these can only help build the profile of the brand, increase media exposure, help make the professional athletes become house hold names. This all bodes well for the growth of the sport and taking it to a new and exciting level on a global scale.

– Could you tell us the details about these programs? What are they and what is the benefit for athletes.

These programs were designed on many levels, but are essentially loyalty programs, to reward loyal IRONMAN athletes. Both programs use the Age Group Ranking (AGR) Points system. The All World Athlete Program (AWA) determines which athletes have finished in the top 10 percent or better of their age group, to be awarded with Gold (top 1%), Silver (top 5%), or Bronze (top 10%) AWA status. The Global IRONMAN TriClub Program rewards clubs with a range of great prizes and benefits. It has been very successful, with over 2500 clubs already registered globally and we are seeing athletes and clubs strive to improve or to be the best.

– Can Japanese athletes join these programs?

Yes of course, every athlete automatically earns AWA points as soon as they race with IRONMAN, so they can see where they rank globally. We already have Japanese athletes at the gold level and some Japanese clubs who have joined the IRONMAN TriClub Program, but we do have a lot of scope to broaden in Japan. If you would like to find out more information you can contact Masako Uchino at triclubjapan@ironman.com.

– Do you have any future plan to bring it to Japan with Japanese language?

– Is there any plan to make a Japanese language entry site?

Yes the team is working on this

– Will there be race briefing in Japanese?

– Could you tell me the charm of this race? What’s would be the biggest attraction especially for Japanese people?

Cairns is a beautiful place, the gateway to the Great Barrier Reef and the Daintree Rainforest, it’s an amazing holiday destination. The course itself encompasses some of the most beautiful locations on the planet, the swim at Palm Cove’s white sandy beaches, the World Heritage listed Captain Cook Highway hugs the coast line to Port Douglas, one of if not the most spectacular bike course on the planet and the run course taking in the best that Cairns has to offer with the local community always making the finish line something to remember.

Training - Off-season: Race is over, now what?