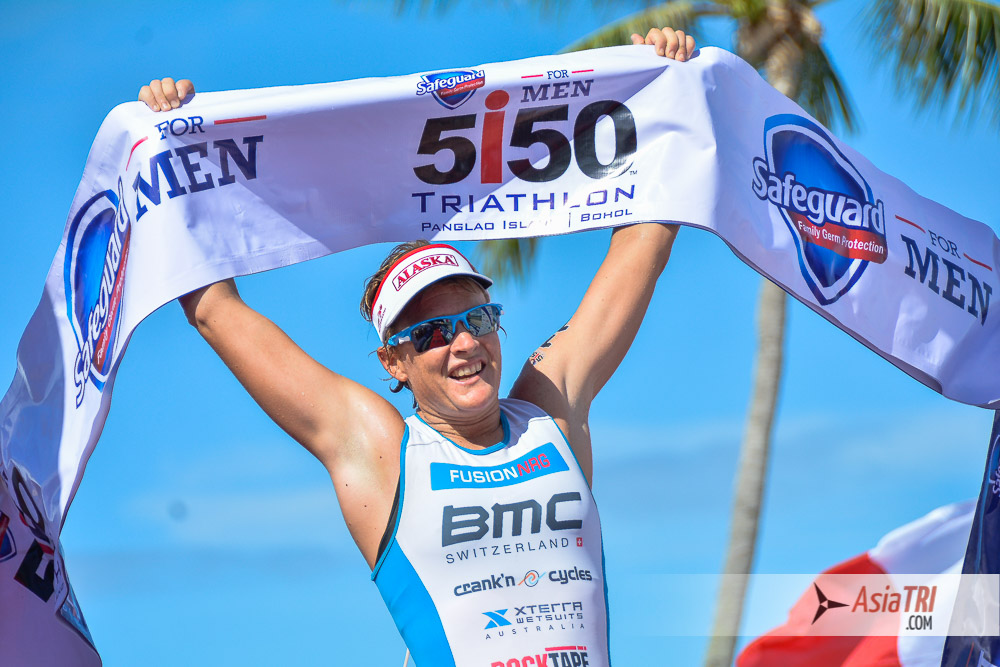 Australians Sam Betten and Dimity-Lee Duke were the champions of the 2015 Safeguard 5150 in Bohol, Philippines, the event had over 850 athletes from 30 different countries, and was held out of Bellevue hotel in the tourist mecca of Bohol Island.

Sam Betten was the first out of the water in 19:22, with Australians Michael Murphy and Mitch Robins right on his feel. The trip had over three minutes lead on Paul Jumamil, the first Filipino and 4th place overall out of the water.

Onto the 40km out and back bike course, the leading trio stayed together until the 20km mark when Betten and Robins upped the pace and managed to drop Murphy. Shortly after, Robins was given a bike penalty and had to serve it for five minutes which allowed Betten, with the day’s best bike split in 00:58:09 to reach transition two just below two minutes ahead of Michael Murphy. Australia’s ironman legend Belinda Granger, who raced 5150 Bohol as her last event as a professional triathlete, was the first out of the water in 00:23:31, Dimity-Lee Duke was second out in 00:24:27 with Filipina athlete Monica Torres in 3rd in 00:29:37.

See also:  Train Efficiently: The Benefits of a Routine

On the bike Dimity-Lee managed to bridge the gap to Belinda by the 10km mark, the two Australians rode together until the transition two, Dimity had the best bike split of the day in 01:03:30 and they had over nine minutes gap to Monica Torres.