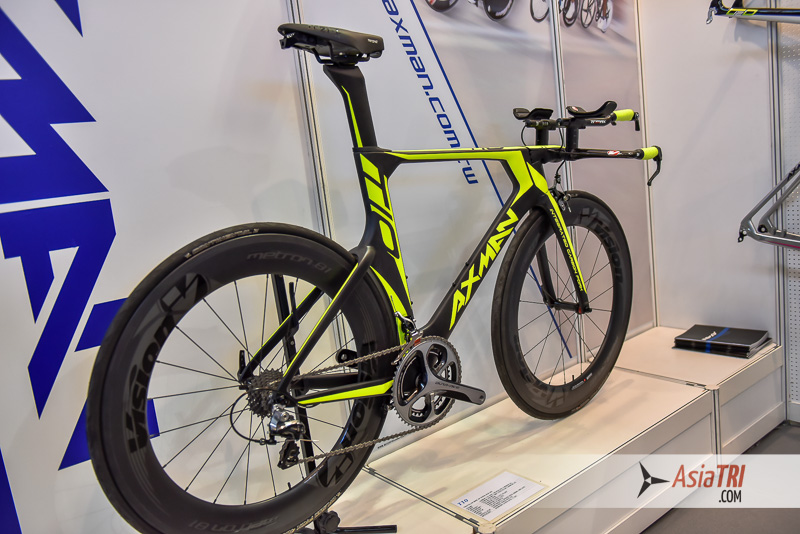 Our editar was at the Eurobike 2015 and walking among the 1.320 exhibitors, some equipment trends were clear for the triathlon industry in the coming years:

The new trend in the 2016 models of most super bikes are all very similar, with a ‘straight’ integrated stem and a more square, less round shape on all tubes. After the huge success with the Scott Plasma Premium, the bike Sebastian Kiele used to win Ironman Hawaii 2014, other manufactures are shifting towards the same concept of adding a drinking system into the frame, such as the Canyon prototype of Jan Frodeno. Braking system back on the seatstay tube

In the past years, most bike brands followed the trend of hidding the rear brake underneath the frame and while this worked well in the wind tunnel, maintenance was extremely difficult and pads rubbing was a real issue on several high end bikes, this is the reason why the new trend has the rear brakes again on the seatstays, but in a more aerodynamic format such as on the new Argon 119 There were literaly dozens of new, boutique wheel brands at Eurobike 2015 with litle to zero background in the cycling industry, the most displayed wheel set was the rear disk combined with a front three spoke, the dream set of every triathlete. Starting prices were USD1.000 while the retail prices of the most traditional brands were around USD4.000 With several airlines now charging a high fee for overweight bikes, and with your average triathlete traveling with another backpack and a suitcase, the bike case industry is creating a new line of smaller, lighter and more convenient bike cases. While not something new to the market, this type of helmet is becoming the new trend and new brands are picking up on this. Wind tunnel tests shows that your typical triathlete on race day is looking around and changing head position a lot more often, the long tail aerohelmet tested slower since the tail would create an extra drag unless the athlete was looking straight up the road. The large sized visors are also a trend and proven to be more aerodynamic while also creating a “cool” look about the aerohelmet. While it’s known that most of the well known cycling brands has its factories in China,  the new trend has now its own Chinese brands coming out to compete against the traditional brands rather than just being outsourced by them. They already have the same quality but are now also adding marketing and costumer service strategies to have an impact on the western market. Photo Gallery: The best of Eurobike