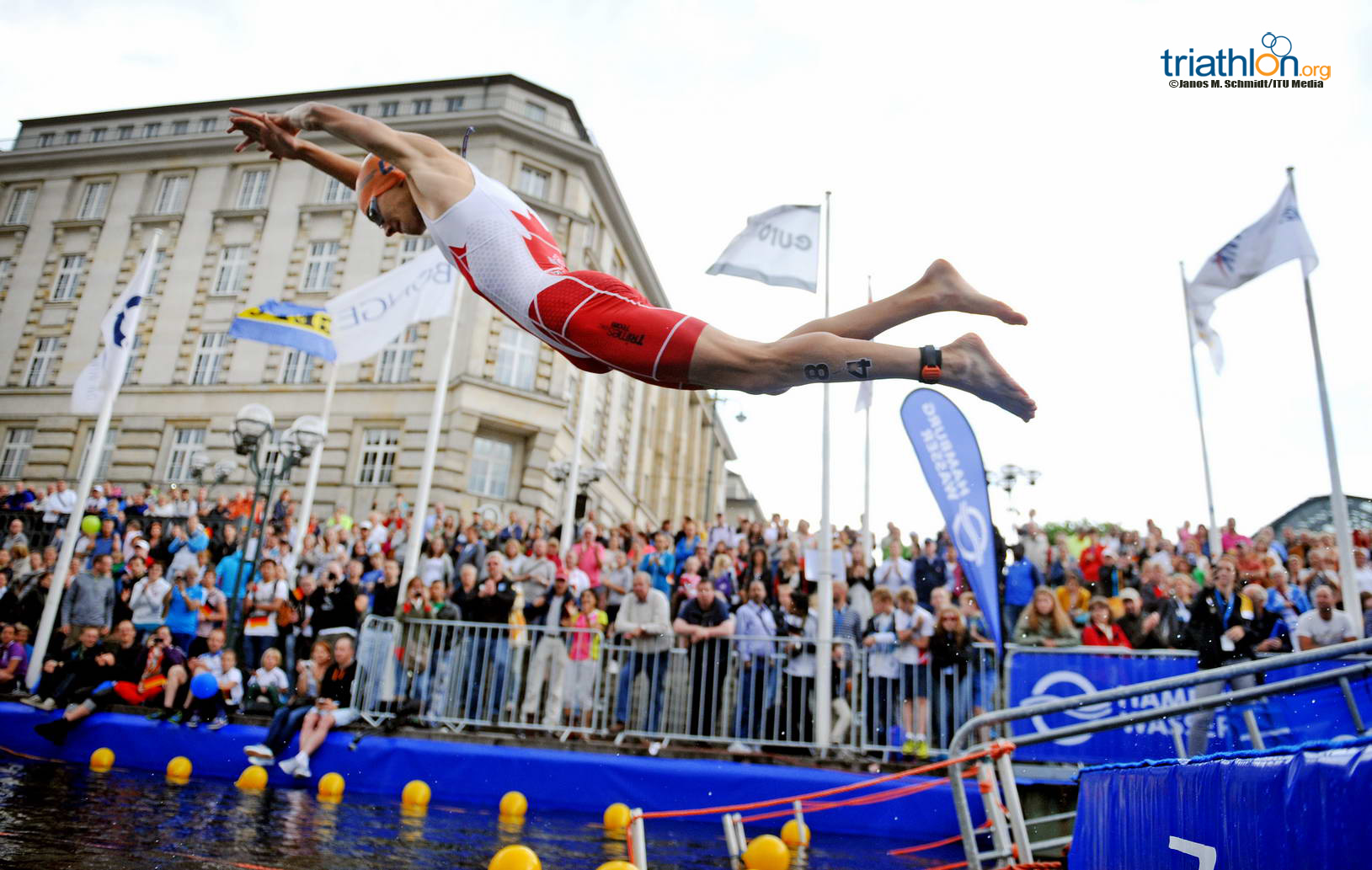 After having to suffer from a fifty-day hiatus, the World Triathlon Series is finally back as it returns to Hamburg, Germany this weekend. Known as arguably one of the most popular races of the season, it is also the biggest as 11,000 age groupers are expected to compete, along with the Mixed Relay World Championships set on Sunday. The one-lap swim, six-lap bike, two-lap run sprint distance course will be jam-packed with star-studded elites all eager to compete.

The women kick off the weekend of action on Saturday and it is no surprise that the golden number will be worn by none other than Gwen Jorgensen (USA). With a perfect season to her name after having created history by winning ten consecutive WTS races in a row, Jorgensen will look to Hamburg to claim yet another victory in an attempt to keep her record intact.

Joining Jorgensen on the start list is compatriots Katie Zaferes and Sarah True. An appearance by all three American women means the possibility of a third USA podium sweep. The trio controlled all three medals in two races this season, a feat that no other country has accomplished in a single season. In fact, the only other time a National Federation has swept the podium was in Hamburg in 2011 when Australia’s Emma Moffatt, Emma Jackson and Emma Snowsill stood on the podium together.

But the potential of a sweep will be difficult to accomplish in Hamburg as several strong competitors are returning to the circuit. Jodie Stimpson (GBR) is set to race in her first WTS course since Abu Dhabi—taking the time to recover from an injury. Likewise, Kirsten Sweetland (CAN) is back in action after suffering from an illness that has kept her out of the mix since Auckland. Last year, Sweetland took home the bronze medal in Hamburg after coming up short in a head-to-head sprint finish with Emma Jackson (AUS) who earned the silver, and will also feature this weekend.

See also:  GCN Tech: Is There Any Difference Between Superbikes?

Sophia Saller (GER) is the Under23 World Champ that is gaining traction with a fourth-place finish in Cape Town. Competing on home soil this weekend, it could set the scene for a breakout performance. On the opposite end of the spectrum, we saw the consistent and experienced Andrea Hewitt rev up her 2014 season in the back half of the year for a third-place finish overall.

The start list is also flooded by an ever improving Australian team that has the potential to stun with athletes like Erin Densham on the rise, as well as Asleigh Gentle, Jackson and Charlotte McShane.

The Spaniards round out the first three positions on the start list after showcasing a dominating season for their country. Javier Gomez Noya returns after skipping London. He competed in the ETU European Championships, but unfortunately suffered some issues in the first transition, causing a near-bike crash and ultimately did not finish. But despite the recent loss, he reenters WTS still with the No. 1 ranked position.

Spain’s Mario Mola and Fernando Alarza are also set to perform in Hamburg. Mola is ranked second in the WTS rankings, while Alarza is ranked third. Alarza has had a really strong season so far and earned a personal best in London, when he took home the silver.

With the Brownlees both out, the path to the podium widens. Luis has also been having an amazing year with a podium in every WTS race in which he has competed in this season, most recently with a bronze medal in London as the sprint distance suits the Frenchman well.

Richard Murray (RSA) demolished the run in London on the sprint course and scored his first WTS win in Hamburg back in 2012 giving him fond memories to prop his race up this weekend. London also saw Ryan Bailie just miss out on a podium making his hunger for a first-time WTS medal all the more satiated.

But for athletes like Mola and Murray to take a medal, they’ll have to stick close to the leaders on the swim. While athletes like Andrea Salvisberg (SUI), Richard Varga (SVK) and Jonas Schomburg (TUR) tend to drop off on the run, their swim and bike have been on point at both European Games and European Championships meaning their front end speed could determine who is on the podium even if they aren’t.