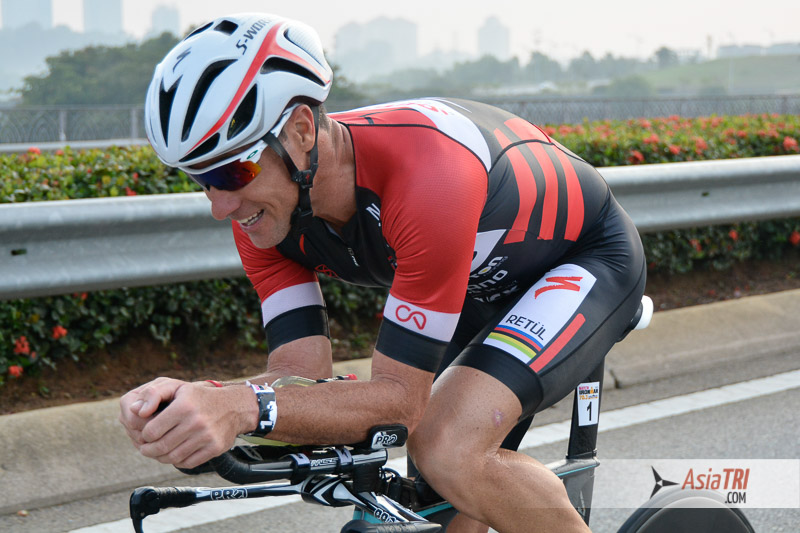 Over 20 of the world’s top triathletes, headed by world pro champions Craig “Crowie” Alexander and Pete “PJ” Jacobs and defending titlists Brent McMahon and Caroline Steffen, gear up for a battle royale in time when the Cobra Energy Drink Ironman 70.3 marks its grand seventh staging on Aug. 2 in Lapu-Lapu City, Cebu.

The event, long considered as the Crown Jewel of Asia, has grown in prestige and stature since it made its Philippine debut in 2009 with 583 entries taking part. The upcoming event has lured a record-breaking 2,618 registered participants representing 52 countries across six continents, more than quadrupling its initial cast while underscoring its tremendous success in terms of participation. The organizing Sunrise Events Inc. has also guaranteed a thrilling battle for supremacy in the swim-bike-run event with a well laid out, challenging course kicking off at Lapu-Lapu City’s pristine beach.

The bike stage will pass through the cities of Cebu, Mandaue and Talisay, including the “M” loop, similar to the 2013 edition of the annual event.

Meanwhile, for the fourth straight year, the finisher’s medal will be designed by world-renowned Cebuano furniture-designer Kenneth Cobonpue. To spice up the four-day event, organizers are also putting up a world-class Triathlon Expo, easily the biggest in Asia-Pacific with over 36 exhibitors, for participating triathletes and non-triathlete guests. It will be hosted by race venue partner Shangri-la’s Mactan Resort and Spa.

To cap the Ironman 70.3, the hosts will also be treating participants and guests to a fiesta-like atmosphere, the event being held as part of the Cebu’s  festival.

The Cobra Ironman 70.3 Philippines also serves as the qualifying race for the 2016 Ironman 70.3 World Championships in Sunshine Coast, Australia where 40 age-group berths will be at stake.

Winner of Thanyapura's Super Camp give away announced