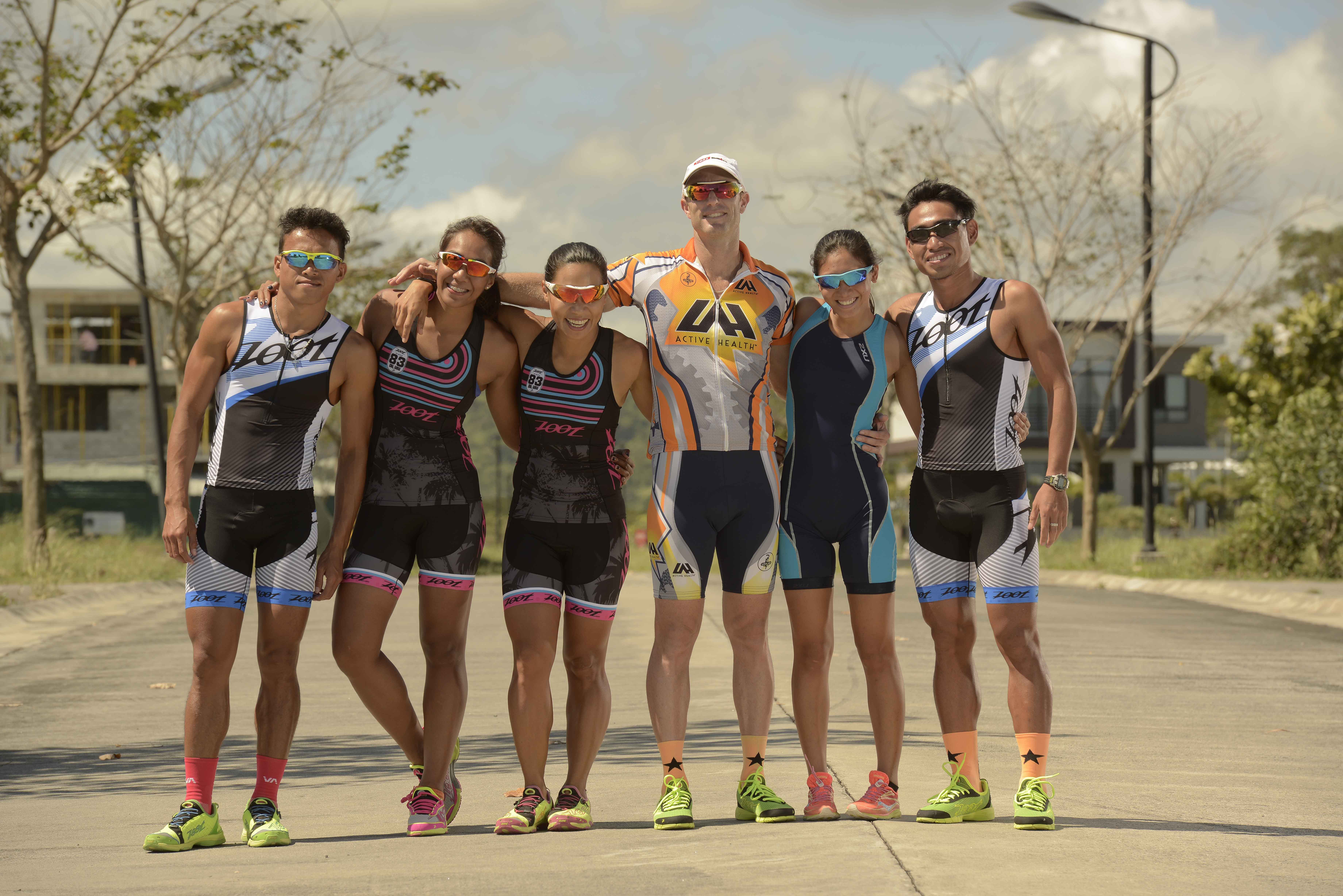 Maria Claire Adorna has just won the individual Triathlon event at the South East Asian Games in Singapore, mid June 2015. With a dominant performance that included leading out of the water, extending her lead on the bike and managing it on the run to win the event with over one minute lead to Philippine’s Marion Kim Mangrobang.

You first heard about Maria late in 2014 when she was awarded at AsiaTRI’s best of 2014 as the BEST UP & COMING FEMALE, based on her excellent performance at the 2014 Asian Games in Incheon, Korea, that day Maria swam and rode with the first pack which included several world class athletes from Japan and China and finished 7th overall and first South East Asian. Learn more about Maria at AsiaTRI’s exclusive interview:

1.Congrats on your dominant win at the SEA Games in Singapore. You lead wire to wire, was this the original strategy or something you decided during the race? How did your day go?

Strategy? It wasn’t really my strategy. My strategy was just to do my best and finished my race. It was something i decided during the race, Yes! Especially when i started leading the swim. I fought hard til the end though i had a really hard time in the run part because i wasn’t running for almost 3 weeks before the race due to my ankle injury

My day also went super well knowing that it’s a 1-2 finish for the philippines. I made some extras during the race like in the swim part i did an extra 300 meters because the organizers didn’t inform us that they changed the swim course just that morning. Luckily, i was able to catch the pack and finishing it first out of the water. I had to work by myself during the race but i was really happy that all the hardwork and sacrifices paid off. It was really unexpected and memorable

I was really a swimmer way back then. I started swimming and competing when i was 7 years old til my college years i’m a part of a University Swim Team. I wasn’t the fastest swimmer maybe the second or the third or fourth but due to some politics i couldn’t go to Competitive and International races which one of the main reasons why i shifted to triathlon and gave it a try. I was lucky to have someone that lend me a bike because bikes are really expensive and also people like my dad and my former swim and a friend of my dad which has a junior triathlete son that pushes me to  go and give triathlon a chance.

Biggest challenge as a triathlete so far, I could say first is the environment i’ve been doing triathlon for 2 years so everything’s a bit new to me. New sets of people, new kind of workouts, new coaches, different training ground, new races like the Sea Games it was my first time to join that prestigious event. That’s a challenge for me but it was nice and okay because i’m learning. And that’s fun part when you’re learning right?

Second challenge is being away from my family i’m really family oriented and it’s my first time being away from them for months hehe. And also you have to sacrifice your time because you have to give almost all of your time in training and competitions, you have to be commited and stay focused that’s why i have to file an LOA (leave of absence) in my University in order to focus for my races like the Sea Games. Those are the challenges for me, but it’s okay because i’m enjoying and doing what i love at the same time

Medium and long terms goals: I really want to represent the country in the 2020 Olympics *Fingers-crossed* for that. But i promise to the very best i can and will work hard for that

My typical training week is 6 times a week 3-2 times a day it’s usually Bike in the morning then a short run and Swim in the afternoon. I do sets if load also sometimes we’re focusing on speed sometimes endurance and sometimes a mix of both two.

My Support Team: first is my Family, they’re always there for me like literally and figuratively  then there comes the Unilab Active Health my team, Sir Clinton Hess and the Philippine National Triathlon Team who never fails to support me with everything.

My sponsors who are really big help for me especially for the equipments. So i’m really thankful for them like the Light n’ up Marketing who’s giving me their full support in sponsoring me super nice equipment like the Felt bike, Aquasphere swim gears , Zoot running apparels, there’s also Salice and Yurbuds for my shades and earphones

My coaches: First is my Dad ( Raul Adorna) and my Unilab Active Health Coaches- Coach Ani de leon Brown and Dan Brown. I’ve also been under to Coach Sergio Santos of Portugal and Recently to Coach Toby Coote of australia he’s my coach when i had my Camp in australia for three months preparing for sea games.

Role Models : There’s alot. I consider every opponent that beats me as an inspiration and motivation. The people joining and winning Olympics i always look up to them they’re the reason why i keep pushing and exceeding myself because i want be like them someday *cross fingers* again.

Triathletes of the year 2014: asian nationals and asian based foreigners