9 Most Insane Triathlons in the World – 3 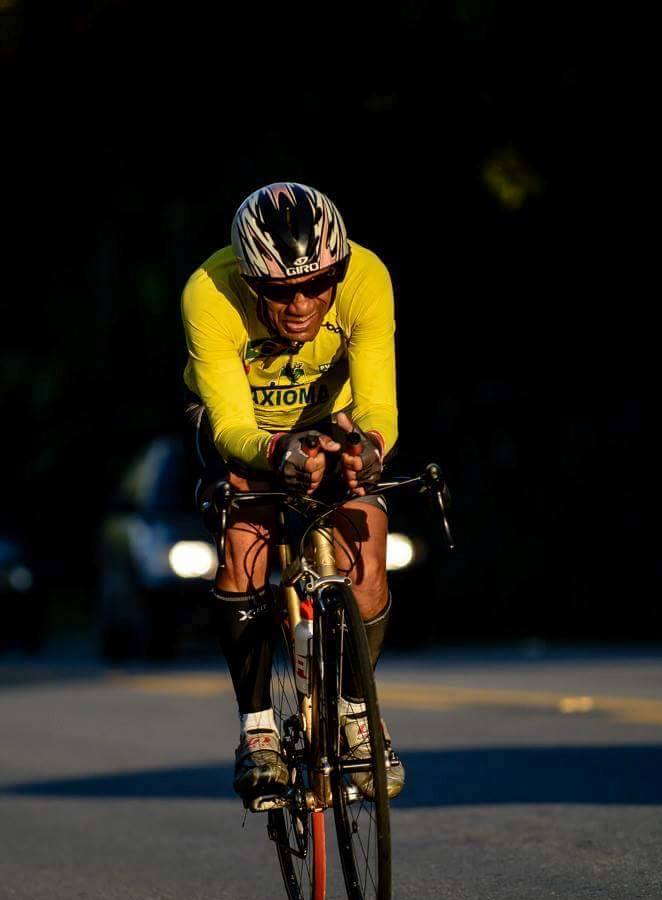 Our journey of the most insane evidence the world is coming to an end.

Enduraman is the largest race in the triathlon on record. The start takes place at Marble Arch in London starting with a long run of 140km to Dover on the Kent coast. There begins the long swim of 33.8km, where athletes cross the English Channel toward France. Wetsuits are allowed, but if the athlete wants to repeat the race of Mark Bayliss and try to overcome his record of having made the crossing without a wetsuit, this is allowed. Upon arriving in France, the athletes have to go 290km to the finish line, which is the emblematic Arc de Triomphe in Paris.

To date only 13 athletes were able to complete this race and the current record is 73h39 ‘. Rachel Cadman was the first woman to successfully complete this challenge in 2011 and her time was 97h37 ‘.

Imagine doing 10 Ironmans in 10 days? Because basically this is what is done in the Deca Ironman. The competitor with the lowest cumulative time over 10 days wins the competition.

In addition to the absurd daily distance, the challenge becomes greater and more psychologically draining, because the athletes swim 3.8 km for 10 days in a pool, bike the 180km in one 2km circuit, which is in the Ninos Heroes Park,  with competitors having to make 93 turns to complete the distance. After that the race is going in the opposite direction of that circuit, and includes 22 laps to complete the 42km marathon.

Remember that one of the most iconic names taking part in one of the biggest physical challenges in the world is a Brazilian Sergio Cordeiro who already was named World champion of this race in 2007, plus some other excellent results in this competition. Not only that 10 Ironmans in 10 days, an even greater challenge was created, the triple Deca Ironman, which was debuted with 50 fearless athletes. The event took place in Brescia – Italy. The event was created to see how far the human being could go.

When you think you’ve seen it all, Dan Martin, ultra-endurance cyclist who has made the South Korean stretch to Cape Town and London to Cape Town cycling, is called extreme athlete, will put into practice a huge project to do a triathlon that will go around the world, all in an estimated time of 18 months. 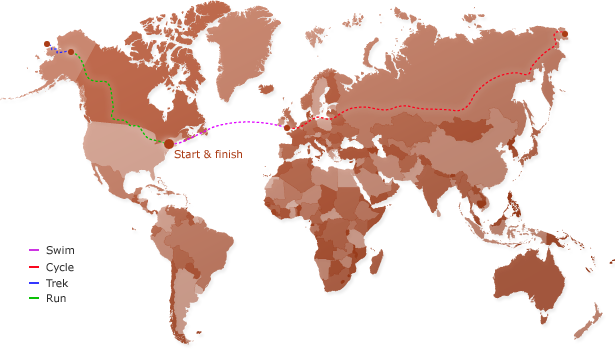 The start will be with a “humble” swimming across the Atlantic Ocean, cycling will cross throughout Europe and Asia, a “small” trekking passage in Alaska and cross to Canada and the United States to the point where the run begins .

Want to know more about this almost insanity and follow every moment of this incredible journey? Check out the site of this extreme athlete:

Of course, the list of incredible challenges do not end there, as the evidence of Ultraman, involving 515km in three days. More insane evidence for all the world to show that there are no limits when it comes to swimming, cycling and running.

Ironman Melbourne: A great option for Asian based triathletes
January 22, 2015