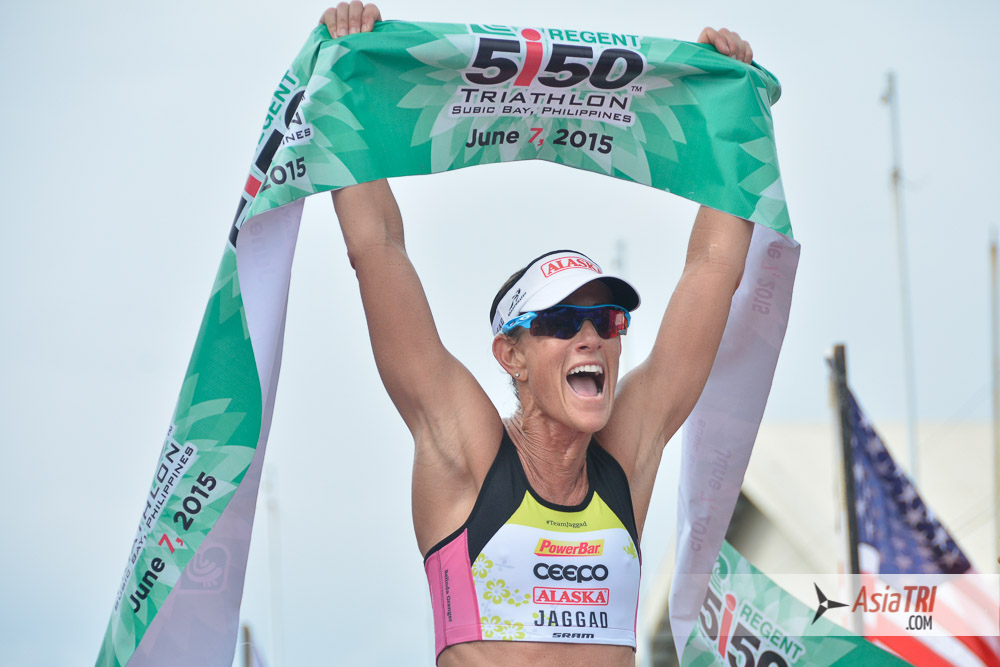 Australians Sam Betten and Belinda Granger were the champions of the 2015 Regent 5i50 Subic Bay, in the Philippines. The race consisted of the traditional Olympic Distance, 1.5k swim / 40k bike / 10k run

A group of 5 men, which included all the pre-race favorites, exited the water together. In the group were Clayton Fetter, Casey Munro, Sam Betten, Michael Murphy and Mitch Kibby. They had a gap of over one minute to the chasing pack that included severel athletes of the Philippines Elite category.

Early on the bike, at the airport runway, the group split in two with Michael Murphy and Mitch Kibby getting dropped by the leading 3 men, who stayed together until the end of the bike course. Kibby arrived into transition in the fourth place.

Once on the run, Betten quickly took the lead and never looked back, taking the title in 01:59:23. Clayton Fettel was runing in second until the first half, when Casey Munro managed to make the pass. The biggest mover of the run was Mitch Kibby, who overtook Clayton Fettel at the half way mark, then managed to catch Casey Munro to finish in the second place in 02:01:24, while Casey held onto third in 02:01:31.

Belinda Granger had been flying under the radar for the whole week as she transitions from professional racing to retirement, and the pre-race favorite was Dimity-Lee Duke, who had a great season including 2nd place at Ironman Taiwan, 2nd at Ironman 70.3 Vietnam and many other podium finishes

However with a stellar swim, Belinda opened a huge gap on the rest of the women field. Once on the bike, the 15 times Ironman Champion used her strongest discipline to increase her lead to Dimity and local Philippine’s professional triathlete Monica Torres.

By the time Belinda reached transition two, she had a comfortable lead and only maintained her advantage to take home the title in 02:21:46. Dimity-Lee Duke was second place in 02:23:24, while Monica Torres finished third in 02:25:07.

Full report to be updated with race day photos.

GTN: 2018 Ironman World Championship In Numbers | Everything You Need To Know About Kona
October 10, 2018
Posting....