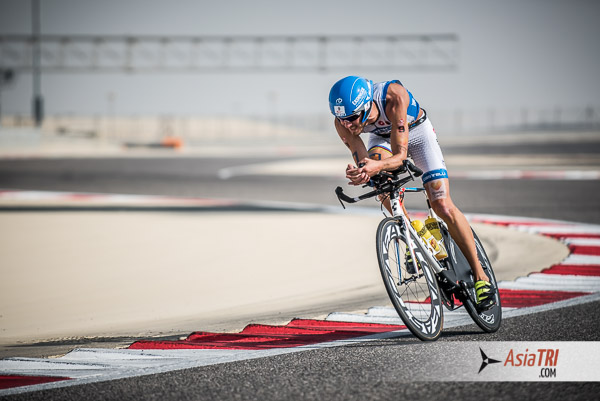 IRONMAN announced today the expansion of its iconic triathlon series into the Middle East for the first time, with two new IRONMAN 70.3 races in both Bahrain and Dubai.

“Triathlon is one of the fastest growing sports in the world and there has been an increasing number of athletes from the Middle East racing on the IRONMAN European tour consistently for the past few years. With a strong athlete base established, we are entering the Middle East with partners that are committed to delivering world-class events that elevate our sport in the Gulf region. We are extremely happy to have found great partners in Bahrain and Dubai,” said Thomas Dieckhoff, CEO of IRONMAN Europe, Middle East and Africa.

“We are delighted to be able to establish IRONMAN 70.3 races in the Gulf region that is an emerging hotbed for triathlon,” said Andrew Messick, Chief Executive Officer, IRONMAN. “Besides having passionate triathletes, Bahrain and Dubai have demonstrated an extraordinary ability to host great events. We are looking forward to working with our partners to create some of the greatest races in the world – with the hope of expanding in this region.”

The IRONMAN 70.3 Middle East Championship in Bahrain will be a uniqe point to point triathlon which passes some of the Kingdom of Bahrain’s most significant attractions – old and new. Highlights include Al Fateh Grand Mosquethe, Gudhaibiya Historic Palace and the Bahrain Bay. As a special feature of the bike course athletes will get a taste of Formula 1 racing as the last 5km of the bike course will be completed on the race track of the Bahrain International Circuit. The Kingdom of Bahrain has hosted triathlon events before and has considerable experience in regard to the needs and challenges of complex mass-participation events.

See also:  Tech: Why You Should be Racing In A Two-Piece Sleeved Tri-Suit

Course and registration information for IRONMAN 70.3 Dubai will be available in the coming weeks.

Winners of the Free Slots to the 2019 Clark Duathlon Classic Picked
February 7, 2019