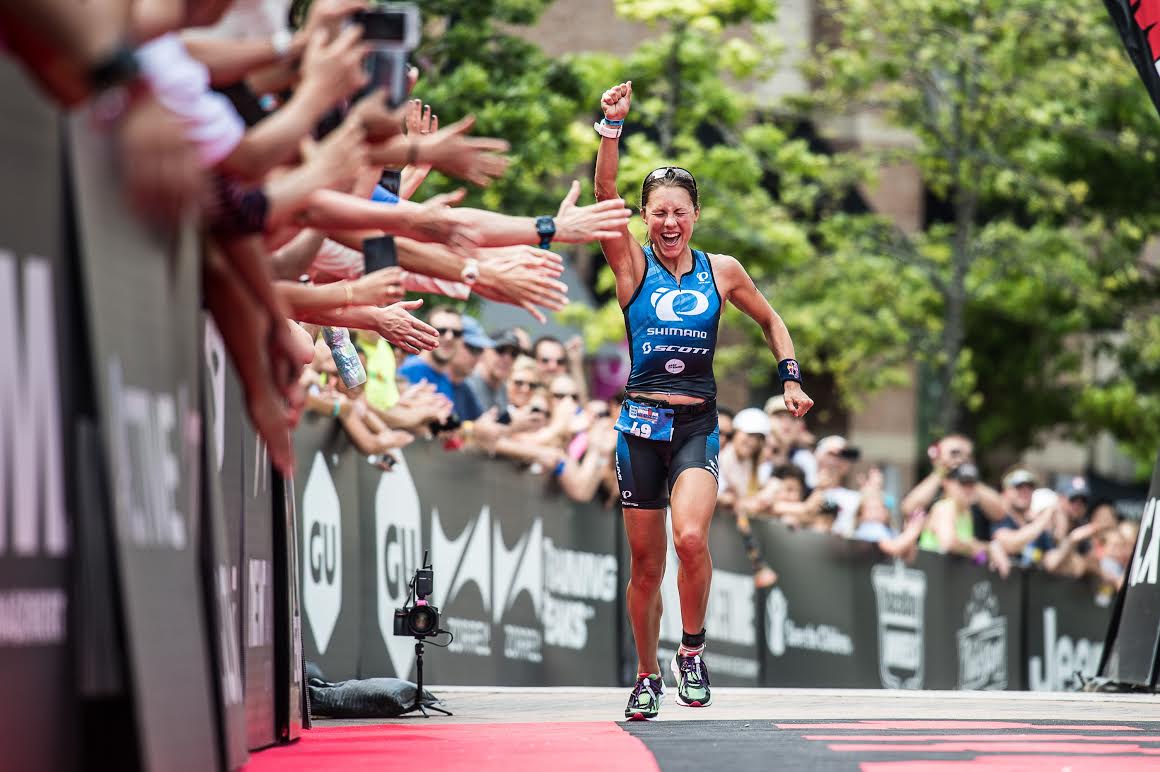 Matt Hanson (USA) and Angela Naeth (CAN) battled through hot and humid Texas conditions on their way to titles at today’s Memorial Hermann IRONMAN North American Championship Texas triathlon presented by Waste Management. Hanson set a course record finishing in 08:07:03, while Naeth claimed victory with a time of 08:55:19.

Hoffman, Raelert and Al-Sultan made bold moves within the first 30 miles of the bike, with David Plese (SVN), Hanson, and Schildknecht in a chase group five minutes back. By mile 60, Hoffman’s strong riding put him back at the front with Lionel Sanders (CAN) and Joe Skipper (GBR) behind him. Sanders and Skipper eventually bridged the gap to Hoffman, putting their race-best bike splits to use, with the latter taking the lead at mile 72.

Once out onto the run, Sanders chiseled away patiently at Skipper’s lead, eventually reducing his 1:42-minute deficit off the bike down to 30 seconds by mile four. Hanson, who finished second at this race last year and is the run course record holder, was making up 40 seconds per mile. He stormed into the lead at mile 17 with Skipper holding fast and Sanders eventually struggling from the heat and fading. Hanson’s course-record 8:07:04 landed him the win and a ticket to the IRONMAN World Championship in October as Skipper finished in second. Schildknecht, the seven-time IRONMAN Switzerland winner, ran strong as well, working his way into third.

Out onto the rolling bike course, Joyce and Cave played cat and mouse up until mile 60 when Angela Naeth (CAN), blazed to the front. Heather Wurtele (CAN) led the charge from behind, at three minutes-plus back, along with Heather Jackson (USA), Bree Wee (USA), and Corinne Abraham (GBR). Naeth barely managed to hold off Cave through the end of the bike, beating her into T2 by only a few seconds. Joyce entered 2:10 back, losing a minute in the last 10 minutes of the bike. Abraham stole the show on the bike with her race-best 4:40 split.

Naeth headed out of T2 onto the run first with Cave following. Abraham started the run with a 3:30 deficit off the leaders, with Rachel Joyce almost five minutes back. Naeth and Cave ran shoulder to shoulder until mile five, when Cave began to falter and Naeth seized the opportunity to pull away – a lead she’d go on to extend by about two minutes. Cave held strong for second while Rachel Joyce managed to fend off a fading field behind her to take the final podium place.

One of more than 40 events in the global IRONMAN Series, the Memorial Hermann IRONMAN North American Championship Texas triathlon presented by Waste Management led athletes along a 2.4-mile swim, 112-mile bike and 26.2-mile run throughout the Woodlands and its surrounding areas. The swim takes place in Lake Woodlands, while the one-loop bike course takes participants through the scenic, rolling farmland of east Texas. Athletes then enjoy a triple-loop run entirely within The Woodlands that concludes with a spectacular finish on Waterway Ave. The event offers a total professional prize purse of $150,000 and 75 coveted age-group qualifying slots to the 2015 IRONMAN World Championship, taking place on October 10 in Kailua-Kona, Hawai`i.