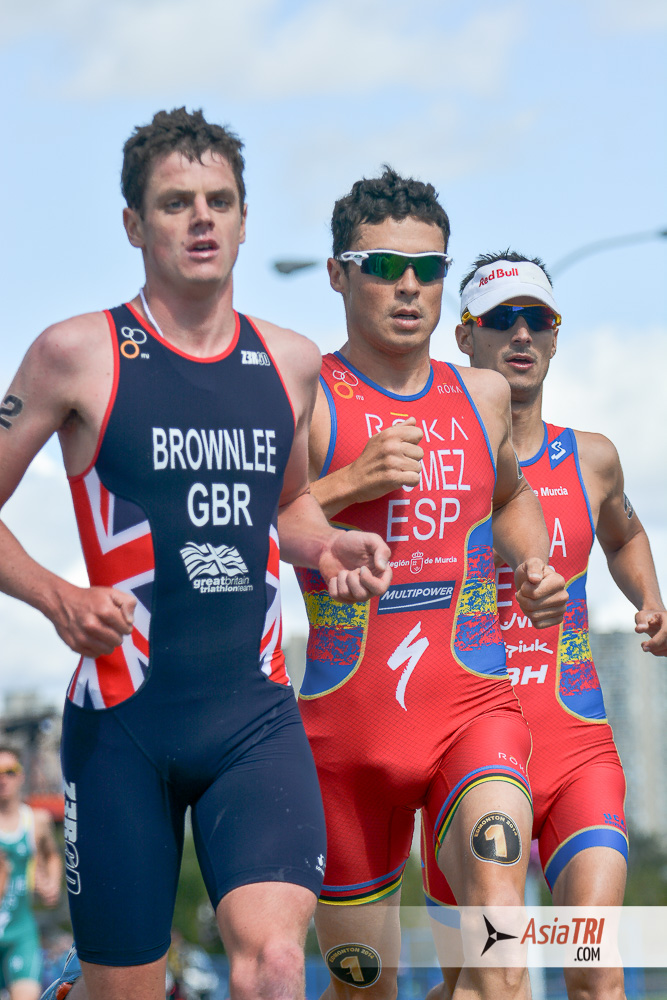 London this weekend marks the sixth race and start to the European leg in the 2015 ITU World Triathlon Series. Serving as the host city for the second sprint-distance race of the season for the elites, the Great Britain capital will also see the likes of Paratriathlon across multiple sport classes.

While Gwen Jorgensen (USA) tops the start list in the hopes of continuing on in her nine-time undefeated winning streak, London may bring her toughest competition yet. A star-studded women’s race will also feature compatriot Katie Zaferes, Great Britain’s own Non Stanford and Vicky Holland and New Zealand’s Andrea Hewitt. In the men’s race, brothers Alistair and Jonathan Brownlee (GBR) will face off head-to-head for the first time this season and with Javier Gomez (ESP) taking a break from the WTS, fellow Spaniard Mario Mola will be sporting the No. 1 in an attempt to claim another London gold as he did in a last-minute sprint finish last year. LIVE COVERAGE:
Follow all the events live with timing and text updates, at triathlonlive.tv and on twitter at @triathlonlive. Below is a media login to watch the races for media use only.