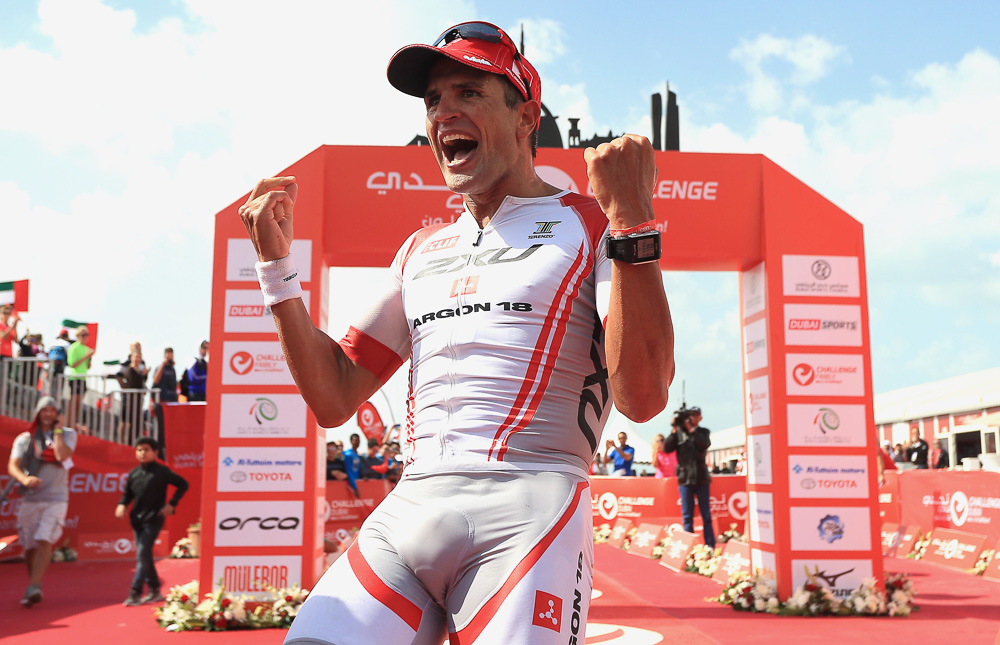 Former world champion Terenzo Bozzone will be one of the biggest threat’s to de-throne fellow countryman Dylan McNeices’ unbeaten run at Challenge Taiwan on Sunday.

McNeice will be chasing a third consecutive victory at Challenge Taiwan, having previously won twice over the full distance and looking to add the half distance title to his collection. Not one to shy away from challenges it was 29-year-old McNeice who invited his friend Bozzone to come and race. “It is awesome to have ‘T’ (Terenzo) heading to Challenge Taiwan this year. He is one of the best half distance races around and he’s a great catch for the race.

For McNeice it’s been a great start to the year claiming a third title at Challenge Wanaka then backing up two weeks later for a third place at Taupo. The pair have different racing schedules planned ahead and McNeice admits it will be interesting to see where they’re both at in Taiwan. “T is doing 3 weekends of racing in a row and I have Cairns in mid June, which is crucial for me heading towards Kona. I am definitely looking for a podium and would love to be as close to him as possible. “He’s obviously a class act and has more run speed than me, so I’ll have my work cut out early for me if I want to beat him,” said McNeice.

However, the odds are in favour of McNeice with the runs on the board a course well suited to him. “The bike is rolling, but nothing that really makes or breaks you. I like the constantly changing terrain and definitely prefer that to a fully flat course. “In that respect it does suit me, but for me it is great to go back to a race that I enjoy and that I’ve had success at in the past,” said McNeice.

Bozzone has also enjoyed early season success in 2015 first winning at Challenge Dubai then following up with a second place at Ironman New Zealand. It’s a welcome relief after a less than ideal 2014 for the five-time world champion. “It sure is great to be feeling fit and strong again. As professional athletes I think we all have these highs and lows and managing the low patches is really important for your recovery and for your development as an athlete and a person. I hope I can keep up this form for the rest of the year, especially tackling the next Challenge Triple Crown race,” said Bozzone. After a hectic racing schedule in February Bozzone took time out to recover – it was anything but quiet. “I had 3 weeks off after Ironman NZ and Challenge Dubai but boy it was a hectic 3 weeks. Loads of travel for me and Kelly for work, painted the outside of my house, drank some good wine and whiskey and ate about a tonne of chocolate – good times for sure,” said Bozzone.

The pair will not have things their own way with the in-form Fredrik Croneborg (SWE) who placed second to McNeice last year. Bozzone will join fellow Bahrain Endurance 13 team member in donning the new uniform for the first time in Taiwan. “It will be exciting racing with a Bahrain Endurance 13 team mate Fredrik Croneborg, this team concept is a first in triathlon and with all the super star athletes on the team I am sure we will make some noise around the world,” said Bozzone.

See also:  What Are The Best Swimming Goggles For You? | How To Choose A Goggle Lens Color

Previously there has been a full and half distance race, but organizers have decided for 2015 to separate the events in order to best support the athletes. The half will be part of Challenge Taiwan on April 25 with the full being schedule for later in the year. Challenge Taiwan will be held from Thursday 23 to Saturday 25 April 2015. Entries are still available for festival events – www.challenge-taiwan.com/en