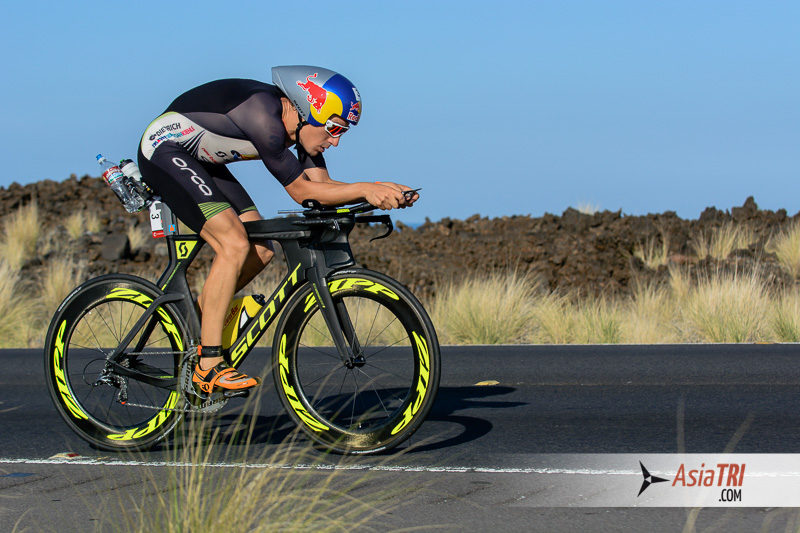 The stage itself is epic: 300,000 spectators, 10 hours of live coverage and a city with over 1,200 years of dramatic history. Since 2002 it’s been the actors – the world’s best triathletes – that have turned the stage, Frankfurt am Main and the IRONMAN® European Championship, into a triathlon hotspot.

Just ask Sebastian Kienle, who turned 30 on race day last year and decided to kick off the celebrations by crowning himself IRONMAN European Champion for the first time with a course-record time of 7:55:14. Three months later, Kienle ensured his legacy in IRONMAN history by winning the 2014 IRONMAN World Championship presented by GoPro in Kailua-Kona, Hawai’i.

Kienle will hardly have an easy time defending his title, though, as he will face 2008 Olympic Gold Medalist Jan Frodeno (Germany) and 2013 IRONMAN World Champion Frederik Van Lierde (Belgium). “It’s going to be one tough, but exciting, day. Winning here in Frankfurt in front of my home crowd meant the world to me. If they want the title they’ll have to give me a good battle for it,” said Kienle.

Frodeno’s transition to long-distance triathlon has been impressive. In his full-distance debut in Frankfurt last year, the 33-year-old overcame a ripped wetsuit, bike tire punctures and cramping legs to finish third in 8:20:32. Frodeno repeated that feat (despite technical problems again) at the 2014 IRONMAN World Championship presented by GoPro, placing third behind Kienle and American Ben Hoffmann.

Van Lierde struggled in 2014 in attempting to defend his World Championship title in Kona but proved he is out to reclaim it this season, winning last month’s Standard Bank IRONMAN African Championship in Port Elizabeth, South Africa with a resounding 14-minute lead over a strong field.

Ryf is the latest in a series of dominant Swiss IRONMAN stars. In July, she will take on her countrywoman Caroline Steffen, the 2012 IRONMAN European Champion. Steffen is a two-time runner-up in Kona, and also a two-time champion at the IRONMAN Asia-Pacific Championship in Melbourne, Australia. In taking the Melbourne title in 2012, Steffen missed the world-best full-distance time by just 50 seconds.

One of the fastest German IRONMAN athletes ever, Julia Gajer has one IRONMAN title to her name (IRONMAN Arizona, 2013) and finished sixth – just one place behind Steffen – at last year’s IRONMAN World Championship.

“For German athletes, the IRONMAN European Championship is one of the most prestigious titles in the sport,” says Gajer.

When it started in 2002 the IRONMAN European Championship was the first IRONMAN event to take place in a major urban center and remains one of the most prestigious events on the world triathlon scene.

“At the end of the day it’s our job to provide the athletes with a stage on which to perform. Frankfurt has proven to be a terrific venue for the IRONMAN European Championship and we look forward to the most competitive race outside of the IRONMAN World Championship,” adds Thomas Dieckhoff, CEO of IRONMAN Europe, Middle East & Africa. “IRONMAN has invested heavily in our championship event coverage in 2015, with live video, a hosted show, GPS tracking of the pros and enhanced age-group tracking to the entire world.”

In addition to the competitive professional field, more than 3,000 age-group athletes are expected to compete at this year’s IRONMAN European Championship.