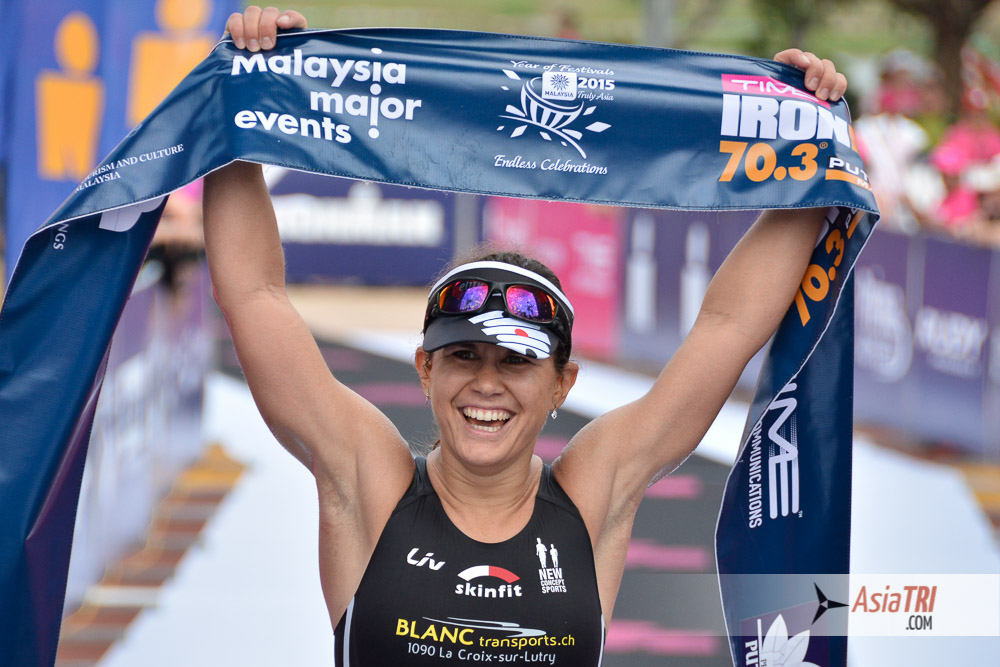 Domenico Passuelo from Italy and Emma Bilham from Switzerland, were the champions of the 2015 TIME Ironman 70.3 Putrajaya in Malaysia. The duo managed to beat pre-race favorites, 3-time Ironman World Champion Craig Alexander and Rebekah Keat, who holds one of the fastest finish time in the Ironman history. Swimmer biker specialist Josh Amberger led the swim from the go, he wasn’t able however to open any gap on Eric Watson and Craig Alexander. Amberger was the first out in 23:58, followed by Watson, Alexander and a chase pack was another minute and a half back, which included Fredrik Crobenorg and Tim Green. Domenico Passuelo had a deficit of three and a half minutes to the leaders.

On the bike, Crowie and Amberger rode together for almost the whole first lap, in the final 5k Amberger managed to put on a gap on Alexander. Domenico Passuelo  found himself riding solo chasing the leaders and early on the second gap he overtook Crowie for the second place. A second chase pack was riding well together and included Fredrik, Viktor Zyemtsev and David Plese, who was able to put on some time on Fredrik Croneborg and Viktor in the final kilometers of the bike.

Out on the run, Josh Amberger was forced to retire at the 1.5k mark of the race due to an injury. Domenico, the new leader was running strong and had five minutes on Crowie at the 11km mark. Fredrik Croneborg was the biggest mover of the day, overtaking Plese for 3rd and almost catching Alexander, finishing only forty five seconds back

Pre-race favorite Rebekah Keat led the swim in 26:38, she had a twenty seconds lead on Emma Bilham and Amelia Watkinson who were out of the water together.

Very early on the bike Emma and Amelia managed to bridge the gap on Rebekah and it was time for Emma to set the pace, only Amelia were able to keep up and the duo put on a gap on Rebekah.

At the end of the first lap, Emma and Amelia had four and a half mintues gap on Rebekah, but Amelia suffered a flat tire which took her almost ten minutes to fix taking her chances of a win away. By transition two, Emma had almost eight minute gap to Katy Duffield and Parys Edwards.

With the day’s second best run in 1:32:53, Emma held onto the win and finished the race in 04:24:48, over nine minuts ahead of Katy Duffield, who outsprinted Parys Edwards for the second place.