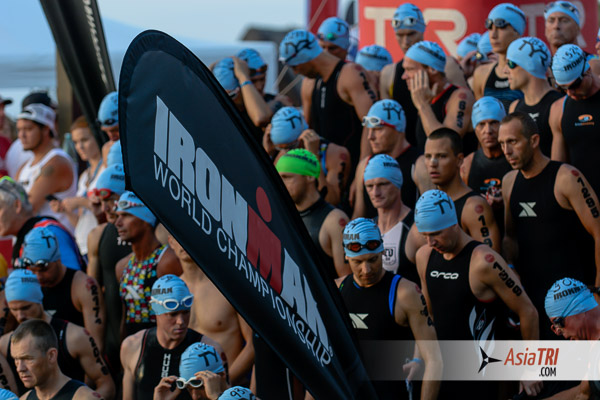 Granting loyal IRONMAN athletes an opportunity to compete at the IRONMAN World Championship in Kailua-Kona, Hawai’i in October, this year’s IRONMAN® Legacy program competitors hail from 11 different countries representing diverse regions across the globe. While more than half (63 out of 100) of the athletes reside in the United States, the next most-represented countries include Australia with 18 athletes, Canada with seven athletes and Great Britain with four athletes.

With this year’s athletes ranging in age from 20 to 74 and representing 16 countries, the IRONMAN® Lottery program continues to gain momentum internationally. Athletes include a 70-year old Navy veteran from Glen Allen, VA who is two-time cancer survivor, as well as a 42-year old triathlon coach from the Philippines, who helps others achieve their goals. Collectively, all 100 age-group athletes share a unified dream of crossing the finish line at IRONMAN’s most iconic event. The additional five physically challenged IRONMAN Lottery winners, which includes a double arm amputee, further prove that “Anything is Possible®.”

The Legacy Program grants loyal IRONMAN competitors an opportunity to start in Kona at least once in their lifetime. One hundred Legacy winners are chosen every year. To be eligible for this year’s selection, athletes must have completed a minimum of 12 full-distance IRONMAN-branded races, have never started the IRONMAN World Championship, have completed at least one IRONMAN event in each of the 2013 and 2014 seasons and be registered for an IRONMAN event in 2015.

A mainstay in the history of IRONMAN, the IRONMAN Lottery began in 1983 thanks to the vision of IRONMAN co-founders, John and Judy Collins. The program provides athletes of all abilities the opportunity to participate in the world’s most challenging one-day endurance event.