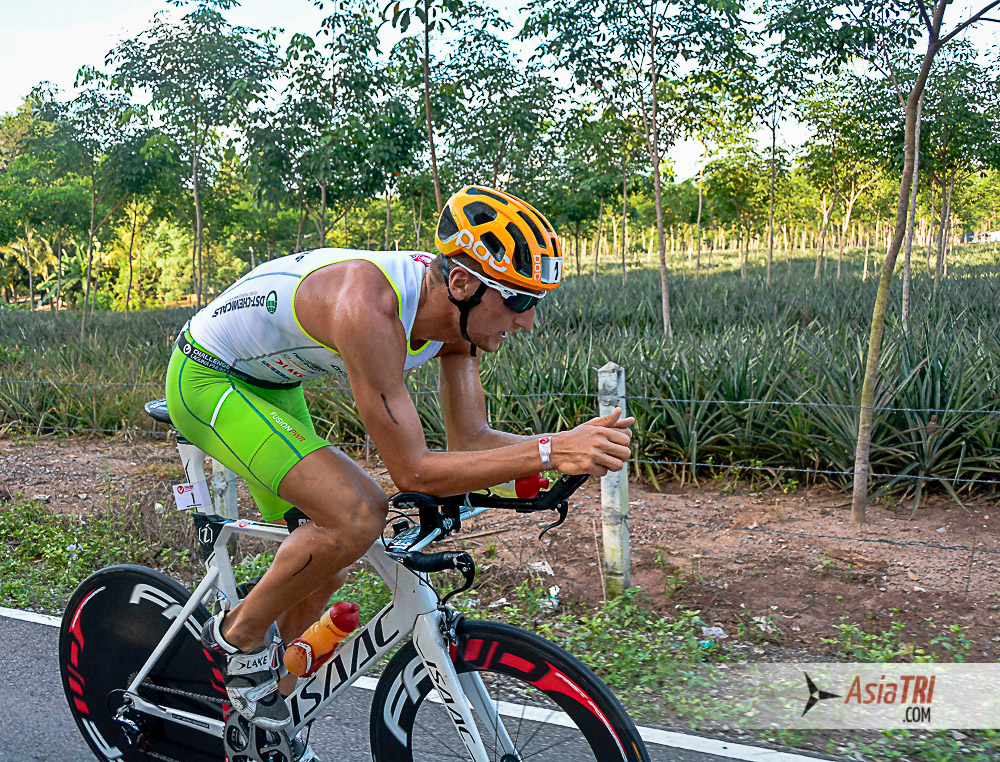 Challenge Philippines in Subic Bay, will open the Asian season for long distance professional racing this coming Saturday the 21st. The event is a Half Distance, 1.9k swim/90k bike/21k run and will be fully corevered by Asiatri.  The pros will be competing for a total prize purse of twenty five thousand euros and the event will also pay a bonus for the top Filipinos and South East Asian athletes.

Leading the favorites on the Men’s race is Denmark’s Rasmus Patreaus, who won Challenge Phuket in 2013 and is one of the fastest swimmers in the sport. He should have some company early on the race from American Brian Fleischmann, a former short course specialist who is used to fast swims, Brian has recently made the shift to long course racing and can change the dynamics of the races he enters. Australian Michael Murphy is another excellent swimmer and biker and should be in or very close to the front pack in the water.

Then there will be a strong chase pack with several cycling and runners specialists urging to bridge the gap. Italian Domenico Passuelo is probably the strongest biker of the field and will come in hot to limit his swim loss, Mitch Robins had the fastest run split of Challenge Phuket in November 2014 and if he is close to the lead by the time the run start, he will definitely be in contention, Fredrik Croneborg is also one of the fastest runners in hot races and for him, the hotter the race, better relatively to others he will run. Team Bahrain’s Eric Watson is a very consistent athlete and should also be among the top athletes.

Another notable name on the start list is 4x World Champion Chris McCormack, while he has announced his focus have shifted from racing at world class level to his other triathlon related activities, you can’t count him out of the race especially as he can be in the mix and change the dynamic of the race, Macca’s last major win was at Ironman 70.3 in Japan last June.

After the late withdrawl from Czech Radka Vodickova, who was probably the fastest swimmer of the field, American Kelly Williansom will likely be out in the front setting the pace early into the race, and putting some pressure for the chasers work hard on the challenging bike course to bridge the gap.

We should see then a group with bikers and runners specialists trying to bridge the gap, including former pro cyclist Emma Pooley,  Parys Edwards both from the UK. Later in the race we should see a move from local favorite Monica Torres and Carol Fuchs, a french athlete based in Thailand is used to the heat and a strong runner in these conditions

Here’s what the pros are expecting from the race:

6 Tips to Improve Your Run